Home People The worst thing about us Morbid tourism or respectful memory?

After the death of nine people, tourists searched for the place where it happened to take pictures. 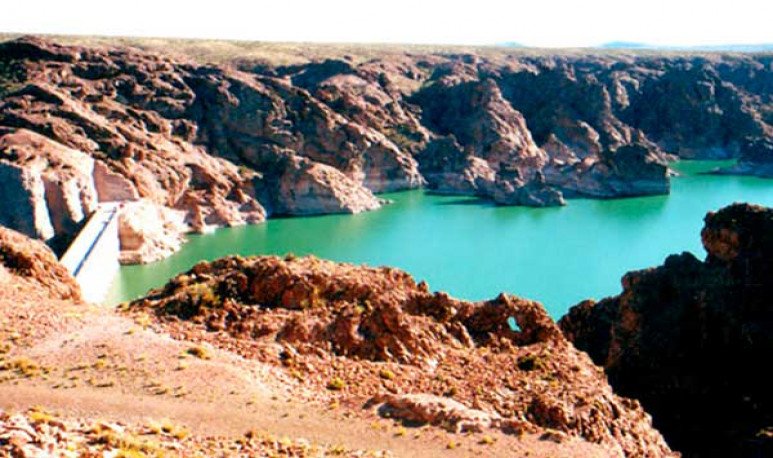 September 19, 2002 was a terrible date for the history of the  Florentino Dike Villa Ameghino , located in  Chubut , just over 120 kilometers from Trelew. On that day, the town became national news so in the province it became known as “ the tragedy of the Dike ”.

A contingent from school 39 in the town of Libertad, Merlo in the province of Buenos Aires, arrived in the province of Chubut as part of a study trip  involving fifth and seventh graders, six teachers and the director of the establishment.

There they took a tour of the area, visited Trelew, Rawson, where they took a photograph with the then governor, José Luis Lizurume.They stayed in  Gaiman , and  modified their itinerary to take a walk through the picturesque village  surrounded by rock formations and the hydroelectric dam over the Chubut River, commonly called “the dam” by the inhabitants of the area.

The villa is crossed by the river. On one of the two shores is the municipal campsite, which, in addition to the access of vehicles, could be entered by  a wooden walkway to which it was recommended not to climb more than 3 people , since a greater weight would cause the structure to collapse.

However, encouraged by some of the “responsible” adults of the group,  most children climbed to the suspension bridge  to take a picture, and the worst happened.

The catwalk ceded and students and teachers fell into the cold waters of the Chubut River, where nine people died . 8 of them were students (Esteban Bernacchia, Matías Béliz, Daiana Ontivero, Gabriel Mendoza, Tomás Acosta, Walter Caballero, Jonatan Larrosa and Valeria Moreno), while the remaining victim was the director of the educational establishment, Graciela Antinucci.

Three years after the tragedy,  the judiciary sentenced teachers Adriana Lindi, Rosa Gayoso, Sandra Garayalde, Viviana Domínguez and María Laura Molina to two years and eight months in suspended prison  . In addition, disqualification for eight years was provided for all those responsible. The physical education teacher, the person responsible for establishing the state of the bridge, and pointed out as the one who harnened the minors to climb the bridge, had been sentenced to three years' suspended imprisonment, but received a reduction in sentence from the High Court of Justice. All were convicted of manslaughter and injury, but, as it was not an effective sentence, none of them were imprisoned.

The ruling considered that teachers were imprudent in their actions on child care , while it was stated that the structure of the suspension bridge that he gave in was visibly in good condition, but to be used as a transition space in a reasonable manner (with a large andaacute; up to three people, as indicated by the poster at each entrance on the catwalk, and not 40, as happened).

Every September 19, the families of the deceased students travel from Merlo to Villa Florentino Ameghino to honor and remember them. Although the number of participants arriving from Buenos Aires varies for different reasons, the community, which was shocked by the 2002 tragedy, also accompanies the activity, which is complemented by a small mass in memory of the nine victims.

One fact that generated controversy about the monolith that caused some stupor in the community, which did not expect such a response, was the arrival of  visitors asking about the location of the monument to pose next to it and take pictures.  Neighbors of the village between surprised and offended, did not understand how it could become a tourist spot, as if it were the view from the dam or the trails inside the campsite.

Which brings us to the next question: is the attitude of tourists morbid or is it another way to respectfully remember the victims of the tragedy?

The worst tragedy in the history of Argentine sport