Home People The worst thing about us Stitched matte: neither Gendarmerie could with him

A Tucuman criminal who terrorized the multinationals in the north and could not be caught. Mate Sewn disappeared on January 7, 1940, and became legend. 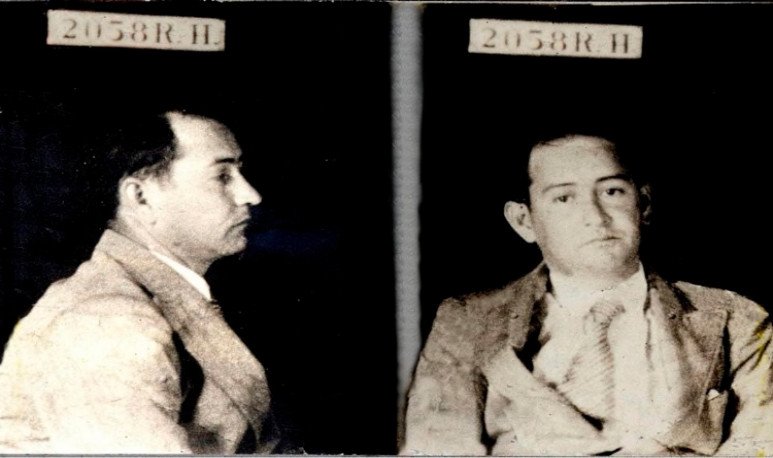 We could quietly talk about  Robin Hood Tucumano , or northern, when referring to  Mate Cosido . His real name was  Segundo David Peralta . He was born in Monteros, Tucumán, in 1897, and was known as a bandit who robbed the rich and shared with the poor. But, before he devoted himself to crime, he was a graphic worker.

Second Peralta had a scar on his forehead, because of a wound by which they had to cook it and make a few stitches. It was very marked for those who watched him, a distinctive mark on his face. In Tucumán, at the head, he is also called “Mate”: having his head cooked, it was popularly called “Mate Sewn”.

Presented like this looks like one more  story  of the heap, but no, Mate Sewn is a historical icon within police issues. His operating space was not limited to Tucumán, he passed through Santa Fe, Santiago del Estero,  Córdoba  and Chaco, where he finally became legend, on January 7, 1940.

Its main objectives were multinationals, rich companies, those that had money. He was considered a  Robin Hood  because he sought to minimize the collateral damage of a robbery. Some say that when  Dreyfus's agency in Machagay raiding, Mate Cosido emptied the safe, but the money destined for the company's workers remained there.

That apparent social awareness he had ensured him to be able to perform his actions more easily and have the protection of the people. Peralta distributed money and established good relations with the locals. This step is typical of the strategies of guerrilla wars used by revolutionary movements. But, in this case applied to robberies, without any political cause as a principle, at least not clearly.

He was  imprisoned  on several occasions, but freedom always seemed to give him a new chance. Being constantly sought did not shrink him, but the way to Peralta indicated that his next destination was Chaco. It was not yet formed as a province, it was a federal territory, but it represented an important pole for attacking trains, banks, estanciers and managers.

Forestal , Dreyfus , Clayton , along with Bunge and Born , multinationals, were the main  victims  of Mate Cosido's attacks. Some, without any evidence, slide that Gendarmerie could have been a force created by these companies. With the police looking for him and now Gendarmerie the task of escaping became more difficult.

The beginning of the end of Mate Sewn

In Chaco, security forces set a trap on Mate Cosido. A train arrived at the station, Peralta had planned to attack him, what I didn't know was that it was full of gendarmes. When Mate Cosido, along with his partner “Tata Miño”, stopped the train, they received a fierce attack from the Gendarmerie. Minho was able to save himself because a shot hit in his backpack. But Mate Sewn was wounded, although this did not stop him from continuing. The key moment, either because of the fate or pressure of a gendarme, turned Mate Sewn into a legend. While he was trying to run away with his injured leg, a gendarme had him in the sight of his machine gun. The man shot, several noises were felt, but the bullets did not come out: he had forgotten to remove the insurance. Stitched Mate managed to flee.

What do you say for Mate Cosido?

Some suspect he died bleeding in the woods of Chaco. Some say they've seen him in their cities. The reality is that there is no certainty about what happened to him. The only thing that is known is that he tormented multinationals, and was configured for many as a vigilante rather than a criminal. He was left in popular history as the criminal who robbed the rich, as an act of justice because, for him, the real thieves were the rich.