Home People The worst thing about us Let Micaela rest

Micaela García's face appears in all feminist marches. Nobody forgets about it, except the entrerriano judicial system. 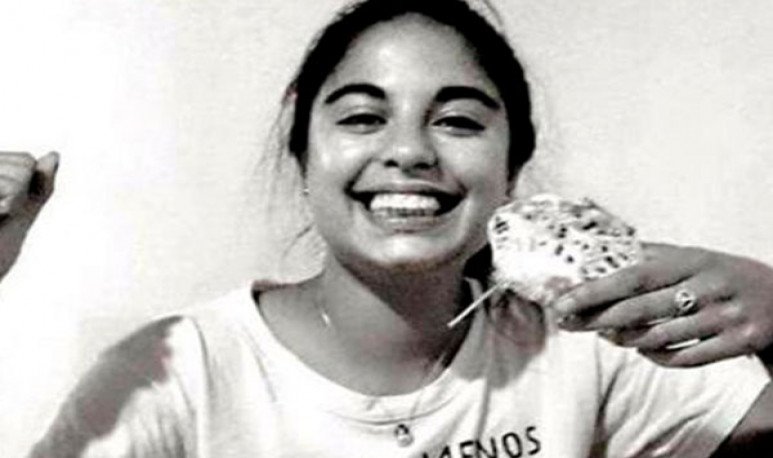 Almost three weeks ago  Micaela Garcia   would have turned 25 years old  . Probably the celebrations would have been held with friends, family and what he loved most:  militancy . In a warm place, like his childhood home in the town of  Concepción del Uruguay ,  Entre Rios . However, it didn't get to do it.  Three years ago, the world has its absence . One that occurred in the most  atrocious and inhumane  ways that can exist.

It is impossible not to think, to this day, about what he felt in the moments leading up to his death. Today is a   symbol  that guides the  feminist struggle Argentinian , as she would have wanted. Even, an important  law bears his name  and is strictly enforced. But Justice often  disappoints , especially when it comes to  gender . And today he's failing against his memory.  An action that society does not forget, nor forgive .

Micaela lived in the entrerriana city of  Gualeguay , where he studied the  university faculty of Physical Education .  On April 1, 2017  , he went out to have fun at a bowling with friends, as every young woman deserves to do it. However, her return home never came to fruition, because they were not allowed to reach her destination.

A Renault 18 car intercepted her and forcibly took her to an uncampsite area. His body was found a week later under a tree and semi-buried, 2.5 kilometers from National Route No. 12. Forensics found that she was raped and strangled that very night.

For the fact, Sebastian Wagner was arrested, who confessed to being the perpetrator of the crime and was sentenced to life imprisonment . He did so in collaboration with  Néstor Pavón , who owned a car wash and Wagner's employer. He pleaded innocent and said he only lent the car to the last one.

But it was proved that he knew about the fact, that he helped his worker escape to  Buenos Aires  and gave him money. He was even in charge of cleaning the medium in which the victim was transported and tried to hide him from the justice system. In addition, the main defendant refuted Pavón's version and claimed that he had also participated in the murder of the young woman. Even bringing her to suffocation.

After a series of appeals and judicial rounds, this  Monday, August 26  , he was black. It's just that the  High Court of Justice of Entre Ríos ordered to release Néstor Pavón with a divided ruling . The decision was handled by judges  Daniel Omar Carubia, Miguel Ángel Giorgio and Monica Mizawak .

While he  was sentenced to five years as a cover-up for  the murder, he managed  to be released  . Although he had been requested to be tried as a co-author at the time, a sentence that carries more years in prison. One of the reasons for the release was that it did not represent an obstacle to an investigation that had already been completed. In addition, they claimed that there was also no danger of escape from the accused.

A face that became a symbol

On January 10, 2019, the Micaela Law was promulgated in honor of the young entrerriana .  All provinces and approximately 500 municipalities joined. This provides for  compulsory training in gender and gender-based violence.  It is intended for all persons serving in the public service, in the executive, legislative and judicial branches of the nation.

The objectives that are sought is to transmit tools and (to) build common senses  that question inequality and discrimination . This is an opportunity to hierarchy training and put it at the service of public policy design. Initiatives with a gender perspective in a cross-cutting key, that is, throughout the State.

Right now there's a broken family  they won't be able to take down .  Micaela's parents continue to seek justice  until tiredness and they won't stop until they achieve it.  The image of her smiling and making a V  was transformed into endless flags  that are replicated in every march of  #NiUnaMenos  . Times are changing and the judicial system should adapt to it.  And it is our duty to prevent them from being forgotten.