Carnival was held in Tilcara with pandemic included, regardless of preventive restrictions. 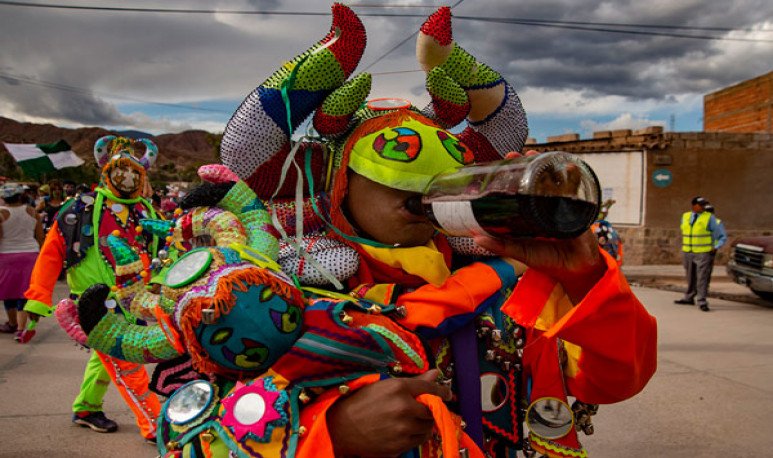 The traditional Tilcareño celebration was held as every  year . The issue was the pre-sales restrictions that currently remain in place due to COVID-19. With a pandemic included, the stacking in the town of Jujuña did not cease and celebrated as if the virus did not exist.

Photos and videos revealed how we proceed to celebrate with total impunity of the participants. Unfavorable comments soon emerged on social networks. The  criticism  was harsh against those gathered massively in the Quebrada de Humahuaca. Renowned comparsas, people of all ages celebrated without respecting social distance and health protocols.

The Ministry of Culture and Tourism of Jujuy had previously informed local media that hotel capacity was crowded and at the limit of its capacity. These limits were even  overcome  not only in Humahuaca, but also in the valleys, the center and south of the province. In view of these worrying numbers, the provincial government had decreed agreement number 2670. The same was to maintain physical distance with other people, constant use of fallow, be in open and ventilated spaces, avoid sharing everyday objects. Also, between February 11 and 16, all mass and outdoor events should not involve more than 100 people. The Provincial Executive informed the local media that, due to the activities of the dig up and burial of Pujllay, each group should have a maximum of 20 persons equipped with personal protection elements and a minimum distance of two metres between each. This does not end there since dances were banned. Controls to the province were intensified and only those who had reserves or were inhabitants of Salta could enter. 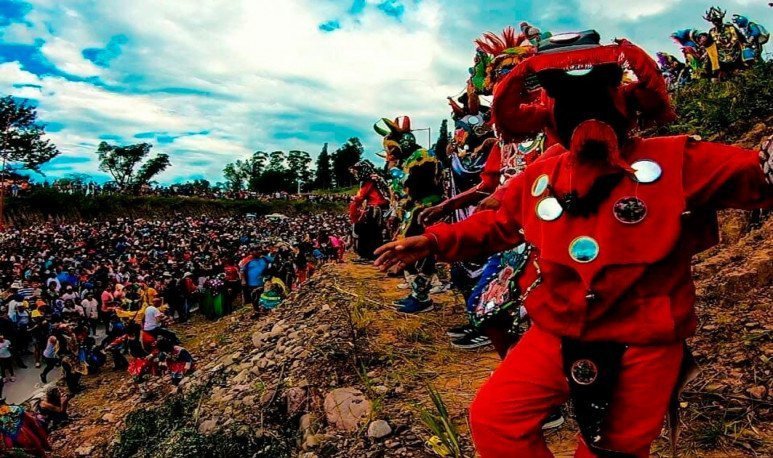 Non-compliance with restrictions and consequences

The above restrictions were apparently not sufficient, since they were not met. As if that were not enough, the celebrations were held in different parts of the province such as Maimará, Uquia together to Tilcara and Humahuaca, the latter being the main points. The “Corona fest”, as the participants named this carnival celebration in their  photos , was massive. The controls were not enough by police personnel, which is partly understandable given the huge turnout.

Joy, regional dances, traditional rituals, meals were held in an  area  of total “normality”. Quarantine, social distancing, restrictions, were relegated to the background. In short there was no COVID-19 in place. It is understandable the fervor to get to the place, participate in this event as usual and enjoy it. What is not understandable is the lack of social responsibility to the situation by which the whole world is plunged. We must not forget how many dear people are not present with us because of the virus that is still in force as throughout 2020.

Despite breaking the rules in the vast majority of places in Jujuy, there were villages that remained isolated, respecting current restrictions. Some comparsas refused to participate in the celebrations as well as a minority of inhabitants.

After the social media explosion, local media reported that two people who attended the event had symptoms of COVID-19. With more than 100 individuals involved, together with their coming from different parts of the country, solitary confinement was recommended upon return to their homes.

Parties are great ways to share, encourage and meet friends or family in a place full of emotions. Even if it is such a traditional event, we cannot forget the situation we are in today. The virus is very contagious, with disastrous consequences. Therefore, in addition to taking care of ourselves with the protections and regulations, we also take care of others. We must use elements of personal protection, avoid mass meetings and implement our social respect. Carnival will always exist, we can always return to Jujuy but, for now we must fight a pandemic.