Home People The worst thing about us “I'm wearing the soda for Christmas.”

That was the most listened phrase among the Mendoza people who stopped, desperate, to loot the gas load that fell from a truck, on the route. 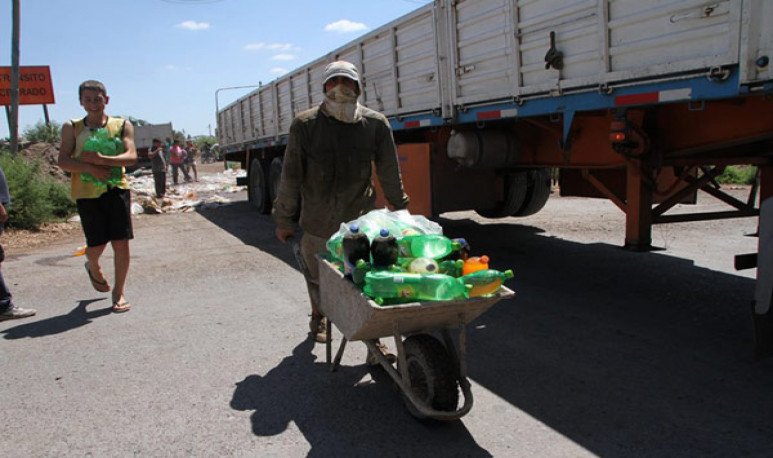 As we have already written on  this site , the subject of who wears what things for Christmas night, is usually a little controversial. There are always the fixed ones, the aunt who carries the pancake tower, the grandfather who puts the champagne and the grandmother who makes a vitel toné. But  the distribution of other items, a little simpler, such as sweet bread, garrapiñadas and soda, sometimes generates confusion.

But providence saved from that discussion a group of opportunists from Mendoza, prophets of the message  “do what I say, but not what I do.”  Showing the hilacha of the mythical  creole viveza , although in this case it was presented in its cuyana variant, which is the same, but a little more caradura.

A truck crossed the mythical  route 40 , the morning of any Monday. So quiet was the road, that the driver decided to put on the autopilot and look inside for a while. A strong impact, turnaround and despair woke him up.  He was carrying soda, an element as vital as candy.

The accident occurred before it arrived in  Tunuyan. Whose neighbors , far from seeing if the man had suffered any damage, or needed some kind of help,  went to attend the soda, it was not going to be something they were hurt. But all of a sudden, people started to look at soda with a little more affection. Honey enough to start loading them into their vehicles and fading out of the place. For Christmas, Tomy's birthday or selling them.  The subject was to take away the others, what is not proper, without paying it, that is, stealing. Some who had walked, desperately called a friend or family member to go with a car, so they could take a larger amount.

The accident occurred  at 6 am, at kilometer 3.233, near the Arroyo Tierras Blancas, as well at the border between Tupungato and Luján de Cuyo.

According to the first skills, the transport, a Scania truck with patent AE130WF, was handled by Lucas Herrera,  a 34-year-old Cordovan who said he fell asleep, losing control of the shot and dumping.

The victim suffered several polytraumas, but was aware to see what was happening to the cargo she was carrying . However, the rollover was used by hundreds of local residents and passers-by who stopped the march of their cars to steal the merchandise.

It's not the first time

Unfortunately, trucks, especially at the hands of drivers from other provinces, often overturn on our routes. Many are not used to driving mountain routes, with steep curves and very marked slopes. And the fact of taking the goods, whether  wine , meat or any product, is a fixed one among the people.  Committing the same crime for which they then tear their garments criticizing and asking for the heads of politicians or thieves by profession. Once again, the Argentine shows the hilacha.