Home People The worst thing about us If death was avoidable, it is not an accident

How can we have so little respect for a baby's life? 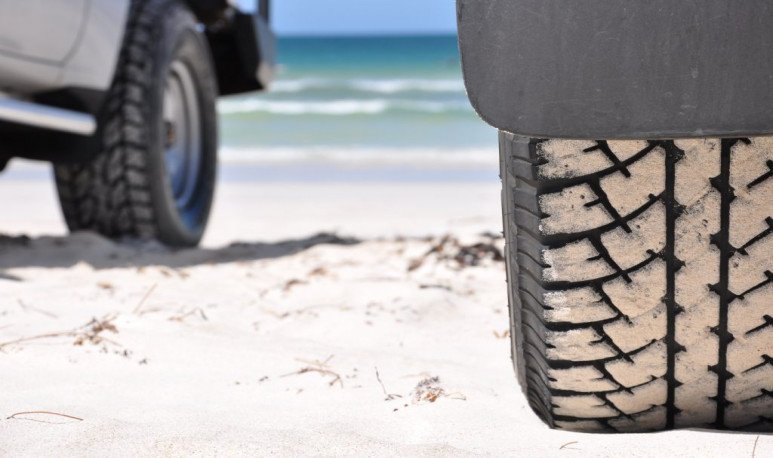 The next is not technically a police note, it has more to do with the tragedy than with crime, it could even be said to be a road  accident  . No, let's not say an accident better, because it wasn't. Reading the news, it shocked me in such a way that I wanted to tell you all. A couple of days ago, on the beaches of  Necochea , a two-year-old boy died when he was crushed by a van.

It seems that on that beach it is allowed to enter vehicles, that people usually park on the wet sand and move them when the tide starts to rise. The place where the sinister accident happened is about 40 blocks from the center of Necochea, in a spa that is enabled for the entry of  4x4 vehicles , jeeps and ATVs. People in the area say it is signposted so that this kind of thing doesn't happen, but they also say that controls are scarce and vehicles move freely in the same sector as those who go down to the beach on foot.

According to what I could investigate, the baby was playing near the rear wheel of the van, so the driver didn't see him when she wanted to leave the beach. He went back and took the baby with his toys. Those in charge of the cause say there was no speeding, no recklessness on the part of the driver. So the whole case was charatulated as culpable homicide, although they claim it was drama for both the baby's family and the woman who was driving the van.

I have no doubt that this part is true, it was a drama for both sides. Now, what I think is, isn't everything wrong in that situation? Why is a car inside the beach? Why is a baby playing next to a wheel? Why was such a small baby unsupervised by parents in such a committed place? Why move a vehicle without being completely sure that there is no one around? Sometimes I come to the conclusion that adults are morons. How can we give such little importance to human life? Maybe I'm talking from pain and accusing someone with my finger for something that can happen to anyone. And this is where I stop and say, no, not anyone.

I think it could not happen to me, but as well as I say it I touch wood because you never know (neither is it a matter of tempting destiny). There is a fantastic  book  by Samanta Schweblin called  Rescue Distance.  I'm not going to spoilear it because I want everyone to read it, but I can tell you that he invents a concept that I've never thought about, which is: what is the maximum distance a mother can walk away to no longer be able to save her child from an accident? I have a little son, and since I read it, I can tell you that I raised anxiety levels by a million percent. I began to question what my own “rescue distance” was and how ready I am to deal with any evil that may arise before my son when he is in my care. Nor do you have to fall into that because if not the creature does not go out anymore and stays at home (two meters from me) with a helmet and a life jacket. But the truth, I think that the fact that a baby dies in such an absurd way first gives me a lot of pity, but only a second later, an irrestrainable bite. It was an avoidable death. So, it wasn't an accident.