Home People The worst thing about us Gloria to Carolina Piparo

The death of Carolina Piparo's baby led to a whole bank security legislation. Was it necessary to reach that law like that? 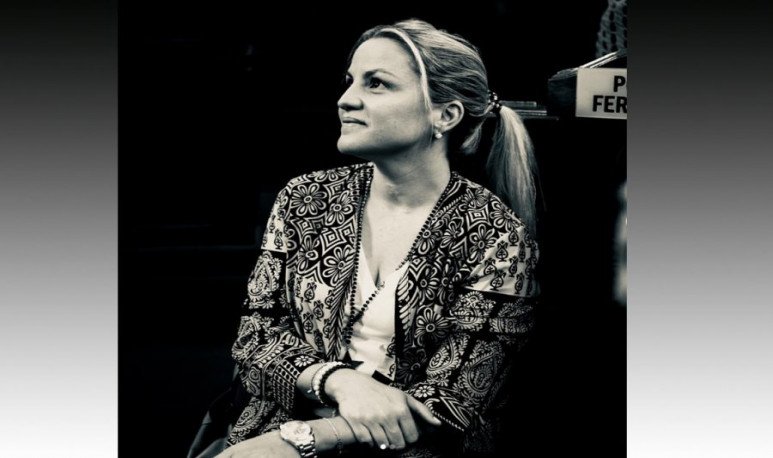 The death of Private  Omar Carrasco  unleashed the end of compulsory military service in 1994. The death of Isidro,  Carolina Piparo  's baby, unleashed the imposition of anti-bank security measures.   Once's 51 deaths  caused trains to change brakes when are we going to learn? How many more deaths do we Argentines need to demand that things be as they should be?

It ended July in 2010 and robbing a  bank  was as easy as storming a kiosk. On the morning of the 29th, Carolina Piparo went to the 7 street branch of Santander Río bank (today  Santander ), in   La Plata . Her mother was with her. He was going to withdraw 10,000  dollars  and 13,000 pesos to pay for the ticket to his new  house  . That he would have signed the next day. The bank didn't have the security measures there are today. Carolina tried to cover the visual body from the tail to the box where she was doing the retreat. It didn't work out.

Miguel Silva, a jet, was in the tail. He “marked” her for his accomplices. Luciano Lopez and Carlos Moreno followed them on a motorcycle. When Carolina and her mother parked at the door of their house, they faced them. Carolina was eight months pregnant, from Isidro. Moreno, not happy to steal it, he shot him, pointless. The projectile ended up touring Carolina's body. They had to do a cesarean section, but Isidro, unfortunately, did not survive.

The  band  consisted of two more criminals: Carlos Jordán, the chief, and Juan Calvimonte, the logistics manager. The one who was in charge of  cell phones . Those who were not forbidden to use inside the banks, until this unfortunate crime. They were all sentenced to life imprisonment. Two more accused were acquitted: Carlos Burgos, whom Carolina herself had the right to remove him from the murder. He was syndicated as the material author. The second was Augusto Claramonte, who was not proven to have given legal coverage to the band.

Another famous name was involved in the case and benefited from it, to some extent, like all of us. It's about lawyer Fernando Burlando. A stranger to the public until then.

Two months after the attack on Carolina and her baby, Deputy Gerardo Milman presented a bill in  Congress , which was successfully sanctioned. The same provided for the installation of screens in the boxes and ATMs.

But here makes its triumphal entry the return of “ La gran argento ”. A full. Let's start by the fact that the Central Bank was obliged to regulate measures before October 2010, and only did so in January 2011. Total, if they were looking for someone else (as it happened), don't screw. The project forced banks to install cell phone signal inhibitors, double entrance door (with weapons sensors) and seal treasures with cement and steel, to avoid the work of boquetteers. None of these three measures were never fulfilled. It was only the one to cover the view of the boxes from the salons, with screens.

Only in 2013, the Central Bank issued another regulation, which obliged to put screens between the boxes. To the public and to the bank's own cashiers. To avoid “marking” more effectively.

Argentina 21st century. Banks, which did not want to put the money for reforms, gave the state responsibility for  security . The  State  , in turn, did not control compliance with the law. Typical argento, huh?

The law today is known as “Piparous Law.” Carolina fought her alone. No collective of actresses or anyone else than her lawyer helped her. But now we all benefit. A baby had to die for us to do something. We're not the big country we could be.