Erich Priebke was a Nazi war criminal who fled to the city of Bariloche. Years later, he was recognized as an illustrious citizen in the city of Rionegrin. 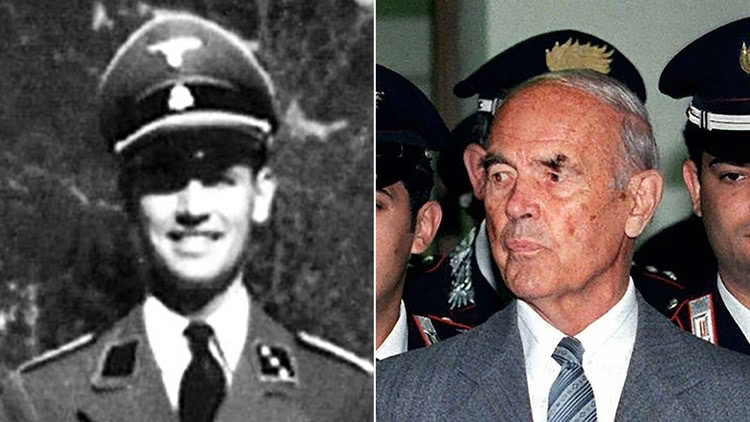 At the end of World WarII, a number of decorated people came up with the afternoon. Like many of his comrades accused of war crimes, Erich Priebke, clandestinely fled to Rio Black in 1948. And it wasn't for less with the history that this Nazi was wearing under his green shirt. He had been a member of the SS and was responsible for the shooting of 335 Italian citizens. There was no escape for such a person in any European country, but there was in Argentina. Assisted by a complex network of collaborators from the Vatican to the National Directorate of Migration, Erich settled in San Carlos de Bariloche. Obviously, and as in the best movies, he did it using a false identity.

The advantage of being invisible

An unwritten rule among the Nazis exiled in Argentina was “to go unnoticed.” For example, Adolf Eichmann, the principal executor of the Holocaust, had arrived in Argentina in 1950 with a false identity. During all those years he did not show himself and lived under strict security measures. He did not participate in social activities or do anything that could be exposed. Unfortunately for Eichmann, this rule did not help him much, as a Mossad commando discovered it and took him back to Haifa to judge him. Erich Priebke, unlike his comrade, did not even try. From the beginning he was determined to be noticed in that city of Rio Black.

Choosing to be visible

Taking advantage of an amnesty from the government of Juan Domingo Perón for those who had entered the country with false identities, Erich regained his name in 1950. From that moment on it began to become noticeable. First, at the head of famous establishments, such as the Hotel Bellavista, where he became commissioned. Later he opened a delicatessen lunch shop in the heart of the German district of Bariloche. Finally, he is a member of the Board of Directors of the prestigious German College of the city of Rionegrin.

Death and one last wish

This popular visibility caused a war criminal to become an illustrious citizen of Bariloche (Black River). And yes, these things happen only in Argentina. As a result, his identity was unmasked and quickly came for him. In March 1998, the Italian Supreme Court sentenced Erich Priebke to life imprisonment until his death on 11 October 2013.

Erich's last request was that his remains be buried in Bariloche, the city that had transformed him into one of its prominent citizens. His request was denied and his remains are today in an abandoned cemetery on the outskirts of Rome.