Secret operations worthy of a Hollywood movie can pass just around the corner, without us noticing it. Like the one that happened in San Fernando. 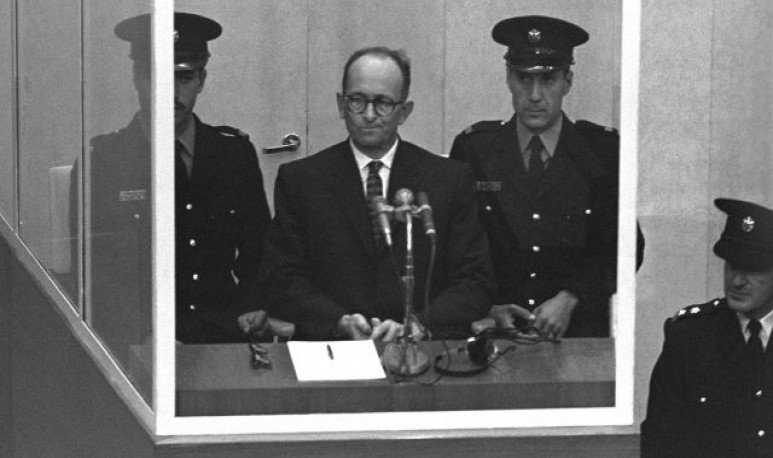 When they say that reality surpasses fiction, most of the time they are right. Secret operations worthy of a Hollywood movie can pass just around the corner, without us noticing it. Like the one that happened in San Fernando, Buenos Aires province, almost 60 years ago. That Argentina was the host of  Nazi  criminals is known to all. That one of them lived among us for more than a decade was noticed by one of his  neighbors . Adolf Eichmann may have blamed chance, bad luck or fate, but the man decided to denounce his German neighbor, and the information came to the Israeli Government. That was how on the night of May 11, 1960, a Mossad commando began a secret operation to kidnap Eichmann as he was coming out of the collective as another citizen. He was then taken out of Argentina for incognito and appeared in Israel a few days later. He was the first Nazi leader. judged in that country.

Let's go back a little to explain why Adolf Eichmann was not one more and why his arrest marked a before and after for the Jewish community. During World War II, Eichmann was a high-ranking military officer of the SS, his role was crucial in the so-called “Final Solution to the Jew Problem”, so much so that he earned him the nickname (unfortunate, by the way) of “architect of the Holocaust”. He was responsible for coordinating the deportations of Jews, from  Germany  and other parts of Europe, to the death camps.

After the war, with the danger of being Hitler's sympathizer in some latitudes, Heimlich escapes Argentina and settles in San Fernando. At that time it was a village of low houses and many vacant land. An ideal place to go unnoticed. He changed his identity to Ricardo Klement and for a few years he lived quietly.

By the 1960s, Mossad (Israeli National Intelligence Agency) received information about Heimlich and its location in South America. They begin to follow the track provided by Lothar Hermann, a German Jewish emigrated to Buenos Aires. In the testimony Lothar said that his daughter had dated a young man of German origin who kept praising Hitler for the Holocaust. The young man was called Klaus Klement and he did not suspect that his long tongue would condemn his father. Lothar was  blind  because of the torture he had suffered in the death camps, but his daughter's description of Klaus' father provided the evidence that were missing. Mossad had no doubt that he was one of the most wanted killers.

Isser Harel, the leader of the Israeli intelligence services, launched a plan to kidnap Eichmann and rip off his confession to condemn him. To that end he sent a team of 10 people, the best in the institution, to capture him. To sum up, Eichmann ends up arrested, taken to Israel and prosecuted there. This process allowed Jews to speak openly about the Holocauto and begin to close the wounds opened by Nazi Germany.

The details of the capture are almost novels, so this story worthy of a Hollywood film, awaits its premiere shortly. Entitled  Operation Final , the film features the starring of acclaimed Ben Kinsley in the role of Eichmann. He is accompanied by Oscar Isaac, Melanie Laurent, Nick Kroll and Greg Hill as Mossad agents arriving in Argentina to capture him.

While this Hollywood production is about to be released, Malba is screened the documentary  El Vecino Alemán , which tells the years of the SS officer in our country, is screened, a good excuse to know a story that seems distant, but definitely part of us.

From Nazi to illustrious citizen of Patagonia

“Argentines need to be even more professional”

Are the “basonera” people aggressive?