We tell you the story of the group of Egyptian “healers” from Cordoba in which many people believed, but finally fell by millionaire scam. 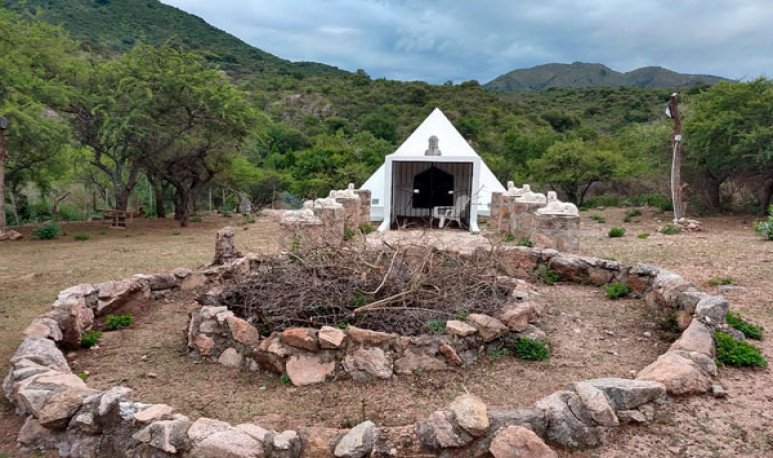 Between so much pandemic, it seems that spiritual search and the need for answers invade us. Therefore,  sects and groups arise that are dedicated to capturing ,  as hunters , people who are in a state of emotional vulnerability. This is the story of  a group of Egyptian healers who fell in Cordoba and operated throughout the country and the world.

The leader of this band is Álvaro Juan Aparicio Díaz,  a 63-year-old Uruguayan man who called himself “Licenciado Sahú Ari Mere”.  He was the  organizer of the group  dedicated to committing  scams based on an “Egyptian healing therapy,” called Seshen. He pretends to be a psychologist and “Jewish cabalistic teacher”, professing a  new religion with mythical and mystical knowledge.  The man quoted his  fees in dollars and offered  trips to the Egyptian Pyramids.

In his Afip data, he figures that he was based  at least 10 years ago in Argentina.  And that, for years, has lived in Pozos Azules, a 90-hectare field  near Villa Cura Brochero.  There he built a “spiritual center” that includes pyramids, spaces for various therapies and guest rooms. However, for years  he traveled frequently  to the city of Córdoba to attend his office or “office”.  For the past seven years, Díaz served as leader of the sect.

The investigation is just beginning  and is led by Villa Cura Brochero's prosecutor Analía Gallaratto. But it is already known that the group operated mostly in the city of Córdoba Capital and Huinca Renancó. Although their clients or patients came  from different parts of the country  , even the “best students”, in some cases,  could become ambassadors    of the foundation in their places of residence.

He and seven accomplices were arrested on charges of  large-scale unlawful association.  The big boss had no credit cards or recent debts in any bank, nor did he have any employees in his name. But together,  they sold entrance tickets to the healing and spirituality of Ancient Egypt . The scam consisted of  offering expensive trips to the Pyramids  that were guided by Diaz. He also  taught online classes , which were charged in dollars, under the speach of “Learn to think”, “The Secret of Life”.

According to testimonies, Carolina Canne, Aparicio's ex-wife and also detained today,  managed the difficult interviews  with the guru. He was responsible for receiving potential patients and finding out everything that was of interest to him, and they were suspected that, in addition to learning about physical and spiritual ailments, they knew about their purchasing power, their social environment and their activities and  preferences in general.

A scammer with books on Amazon

The man was also dedicated to writing,  edited and published 14 books . Some of them are  on sale on Amazon for $15.   This new God also offered therapy with the brand of the group, which was responsible for  his agents and followers . In La Calera, in 2018, a follower promoted by networks:  “It increases your perception of reality and can modify it. It values you, removes fears and doubts.”  They also offered  trips with “postgraduate studies of traditional Egyptian medicine and Seshen psychology”  for “teachers of their school” as well as  meditation on “visible and invisible” bodies.

Some victims paid up to $7,000 to take courses aimed at a trip to Egypt. The majority of those affected are professional women, middle-aged and  high-purchasing power .

“ The consultation had a cost of  500 pesos  in 2015 when any psychologist charged 250; the rule was that everything cost twice; then they were forced to take  courses at different levels, all very expensive  , and at the same time they were motivated to attract new 'students',”  he explains  Tomás Aramayo, complainant lawyer.    “  A lot of fear was inflicted on patients,  and they were convinced that the more money they invested in healing, the more effective this would be,”  he adds.

High-end vehicles and a large number of possible evidence for the case were hijacked  at the foundation's raid. What drew attention was also  a lot of non-perishable food  accumulated on site. Supposedly,  they were donations  to poor sectors in Traslasierra. In the alleged healing center were found strong sums of money, weapons and ammunition.