It's never the victim's fault. Let's not let them confuse us. 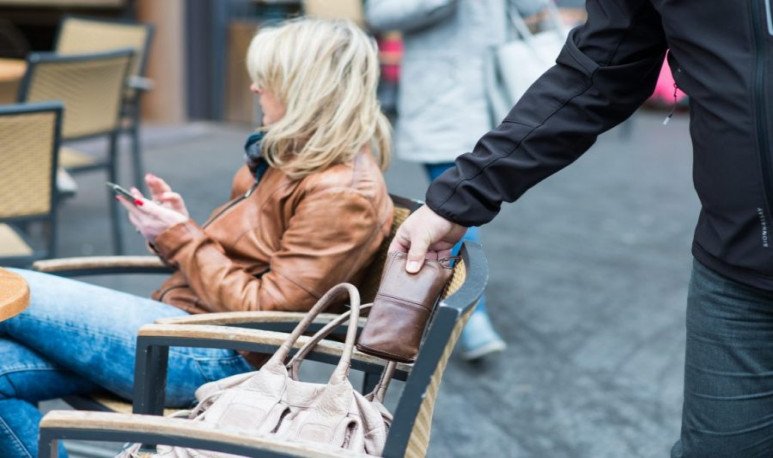 Last week, a middle-aged woman went to buy  dollars , six thousand to be precise, did the transaction and went to a pizzeria to have coffee, to celebrate, make time or, just, because she I liked coffee.

Patricia Riera, a 48-year-old dentist, didn't imagine that making a simple transaction and then going on to indulge in the neighborhood pizzeria would cost her so expensive.

Someone marked it in the cave (or on the  bank , I don't really know where he bought them) and, when I was in the middle of the jarrito, a jet came in that, quite violently, tore the bag where he had the silver. According to the victim, visibly affected by the fact (imagine losing that amount of money), there were more people in the  bar  with their bags resting on some chair, without However, the thief went straight to her. He pointed a gun at her and snatched her wallet so violently that she left her hurt in her face and arms. He immediately escaped on the motorcycle of an accomplice waiting for him outside the pizzeria. Everything was recorded in the video from the security cameras on the spot. A video that circulated all the channels, and that was played as a news broadcast on the television grid. As is common in these cases, it did not serve to identify the malvivor, much less to recover Patricia's savings.

So far the objective facts. Now the subjectives, those that allow us to stop the ball a little and get to think. The first thing that was said (or implied) is that the woman was to blame for not having canuted the silver as well as it came out. If they ask me, I would have taken a bullet train to the place where I was planning to save the dollars. As good as I was getting the silver, I'd run out and put them in the safe, or under the mattress. I wouldn't have gone for a coffee, because the truth for that I have time later, with fortune safe.

But the fault of the robbery is the woman's fault? Isn't there any responsibility in the jet? Nothing to blame the one who marked it at the time of the purchase? and above all, is there no responsibility in the security forces? Because, you have to say, they were unable to prevent an assault inside a bar at 12 noon. In broad daylight they were unable to fulfill their duty to protect citizens. We need to be very careful when we think “who is to blame” for this kind of thing. Because if we let ourselves be overcome by the primitive impulse of “screw it up for not having taken the precautions of the case,” we are so close to the “something will have done” that the hairs of my neck are lifted. I want to live quietly and think that if someone rips my backpack inside a bar the fault is not mine, have 6,000 dollars or a used 80 pesos book. It's never the  victim 's fault. The one who needs to be tried is the one who commits the robbery, not who was stolen. It can't be that the victim would be shunted everything he could have done to make it happen to him. Behind every Patricia being raped in a confectionery shop there are thousands saying, “I was looking for it,” “I wasn't attentive.” We have to stop thinking like that, believe that the occasion makes the thief, and start realizing that the thief is a thief and must be the only one to blame. Let's not let them confuse us.