In Villa Mailín, Santiago del Estero, a hunter broke the quarantine to go out to kill a cougar and his young.

Repudiation, indignation and so many others are the feelings that caused this fact in the province of   Santiago del Estero   , department of   Avellaneda   . When a hunter went out to look for prey totally illegally. In addition to breaking the mandatory social isolation that governs throughout the country, he decided to post on his social networks as   “Trophies”   photos of animal bodies. These posts in their networks flaunting their regrettable behavior caused his neighbors to quickly find out and decide to scrachel him by repudiating the fact.

Pumas, a species in extinction

Although pumas can still be seen in northern Argentina, these are increasingly threatened by man's advances. The indiscriminate logging, the advancement of constructions, the dismantling and hunters like this who act without any charge of conscience are the reasons why this species has problems to continue to coexist quietly in the   nature   . This represents a great concern to maintain the balance of the ecosystem in certain parts of the north of our country, where many species are disappearing by leaps and bounds and in times that surprise. However, more and more responsibility is taken for these facts; this was clearly seen in how the neighbors went out to denounce it and scracho it publicly.

The hunter broke the quarantine to go to a neighboring mountain and kill a cougar with his two young. Not happy with this shared the photos of the hunt in   WhatsApp   and their social networks. At the time the police apprehended him for this fact, the subject (from whom he did not go beyond the name) wanted to justify himself by saying that the pumas had attacked their dogs. It was corroborated that this was not true because the cougar is a lonely feline that usually avoids people. Beyond this, no decision was made as to the penalty to be applied to the hunter.

It should be noted that the province has protected areas where they house species that, due to their status as endangered species, hunting is prohibited. The puma is one of the animals in the area that has this type of protection. Hunting is a violation of law 4802 on the protection of wildlife, and article 205 of the Criminal Code. High fines and even the possibility of spending time in prison are imposed for such crimes.

The puma that inhabits this region is one of those that inhabit the most climates and countries in the whole of America. It is the second largest feline on the continent behind the jaguar and the fourth largest in the world (behind the tiger and the lion). It is extremely adaptable and it is precisely this that makes it vulnerable to attacks by poachers. While there are protected areas where it is illegal to hunt them, this does not extend throughout the country. Some of these protected areas are not nearby and the establishment of pumas outside them puts them at risk. In the provinces of Entre Rios, Santa Fe, Tucuman and Buenos Aires it is practically extinct.

Conservationists, however, are optimistic and argue that with appropriate laws they could repopulate the areas they used to occupy on the continent. 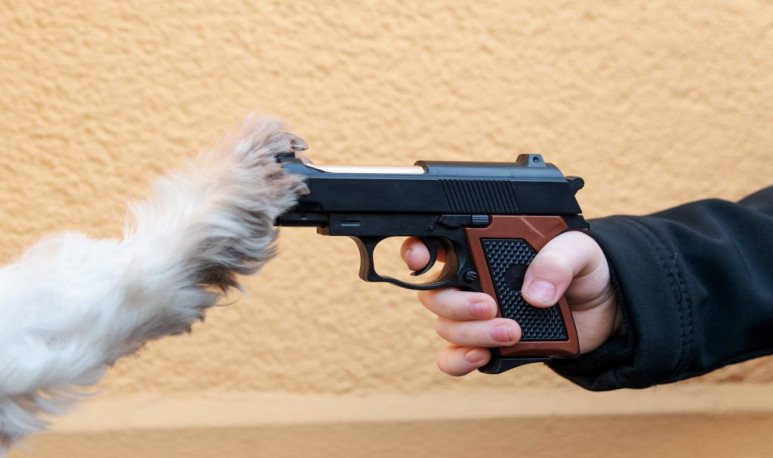 You will have to give explanations

The community of Mailín asks that the province's Directorate General for Forests and Fauna, as well as the justice system, to take letters on the matter and that this person (who was already identified by the neighbors) provide all the explanations about what happened since he would be in breach of two questions: on the one hand, the murder of these pumas and, on the other, the violation of the quarantine.