Home People The worst thing about us Bazán Frías: criminal, vigilante or saint?

Bazán Frías an icon of the police stories of Tucumán, an individual who obscures the limits of right and wrong. 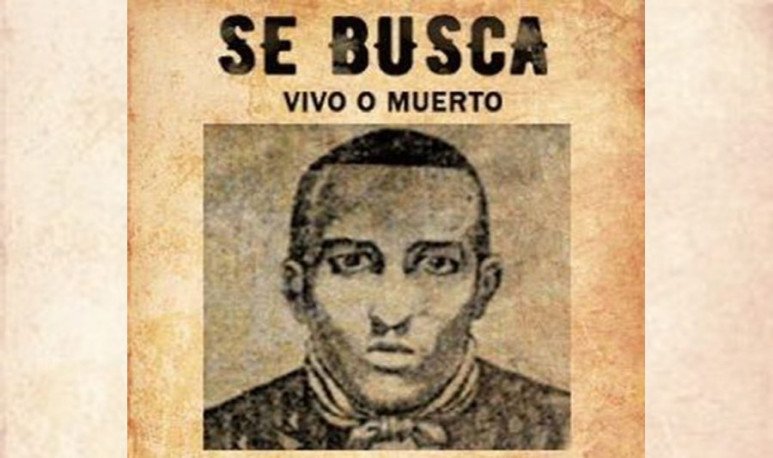 Sometimes the worst of us has no noticeable boundaries, the sides are not black or white, sometimes interpretations can turn gray. This was how the story of  Andrés Bazán Frías became popular, bounds and sanctified.

The story of Bazán Frías has as many alternatives as people who tell it. The most common is the one that shows him as a suspected offender; others, as a hero; and others, as a saint. To understand everything we have to leave at the end of the 19th century.

In the versions that install him as a criminal, Bazán Frías has an image of vigilante: he steals from those who have to give them to those who don't. They said he was distributing his booties to his neediest neighbors. Even the story of how he met his wife, Elena Orellano, increases the myth. Elena is said to be a santiagueña seamstress who Bazán rescued from rape.

The concept of  Robin Hood  tucumano is the strongest and possibly made his story a legend. From his criminal career, the documentary record is almost zero, the records of the time are confused or destroyed. The remaining testimonies are the journalistic chronicles of the time that are kept in the archives of the newspapers.

His first appearance on the front page of the newspapers happens when police capture him and take him prisoner for  murder , some argue that the death that brings him to jail is part of a vigilante act, a vengeance. Bazán Frías establishes  friendships  in his seclusion and manages to circumvent security, and ends up escaping.

As the spirit of Bazan Frias was supportive, his idea was to free his friends who were still in prison. Already at liberty, and wanted by the police, he's surprised at a bar. The only certainty you have about that bar is that it was located on avenue Mate de Luna. Some argue that at the crossing Mate de Luna and Columbus, some that at the intersection Mate de Luna and Alem. The distance from either of the two points to the place of his death is similar.

The death of Bazán Frías

Bazán Frías, being surprised, starts his escape, runs around 5 or 6 blocks until he reaches the wall of Cemetery del Oeste. Crossing him represented an opportunity to confuse the cops and take advantage of the construction of the cemetery. Bazán Frías climbs the wall, but is reaching by police bullets and falls dead in 1923.

A strong point in this story is that the previous relationship Bazán Frías had killed a policeman was what decreed the end of the  Robin Hood . Bazán Frías would not have crossed the wall because, being above him, he saw the soul of his victim and this stopped him. Giving the time necessary for the police to arrive and end their life.

Bazán Frías was not an upper-class guy, he was not a distinguished, his remains rest in the Cemetery del Norte. This place is known as the Cemetery of the Poor and, once dead, its image became legend.

The Robin Hood tucumano, shortly after 100 years of his death, grows without limits. A  film  recently came out with the story of his life:  Bazán Frías, a praise to crime . For people he has become a saint, his tomb receives offerings and promises. They leave you with wines, cigarettes, letters, flowers and even school supplies or toys - these are for you to bless the children of those who have a need. The place of his death also has its space, outside the West Cemetery, the cemetery of the rich. In Mendoza street there is a small construction where Bazán Frías receives his offerings, being the place where he left normal life, to be popularly canonized by many Tucumans.