Home People The worst thing about us Another case of easy trigger in Cordoba, another little less

In Cordoba it is already a common currency for news with headlines like this. Another young man more victim of an easy trigger. 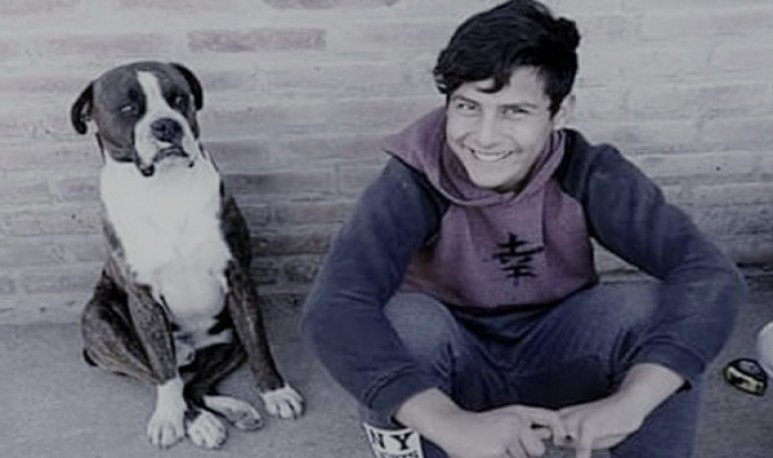 This time the police took the life of a 15-year-old kid.  His name was Joaquín Paredes, he studied at the secondary school IPEA 306, the school of the locality where he lived. He also worked on potato harvesting at the establishment “La Parcela”.  I had thousands of dreams. They stole them  with a bullet  in their back.

His three brothers were waiting for him at home  in the northern village of Paso Viejo, Cruz del Eje department.  This town is located in the northwest of the province and has about a thousand inhabitants. There was the murder in the early morning of Saturday 24 October. While the village slept, a shooting took place in the square  that killed  Joaquin and left two more young people hospitalized.  demanding justice.  Today, his parents cry on the cameras, asking for explanations:  What happened? How was it? Why to him? These are the questions that arise to us all, every time they are charged to one more kid.

Everything that is missing when a life is missing

Joaquín had joined his friends in the town square  to celebrate a birthday when a   police patrol  went to disperse the put together from the boys. They were about 20 young people between 14 and 19 years old. The cops came up, asked them to disperse, and before  they left they started shooting.  First with the Itacas and then directly with  the regulatory weapon, the 9 millimeter.  Not with rubber bullets, there were no shots in the air and there was no shooting. Steel bullets that were fired with the impunity of an entire nefarious institution validated by the province's leaders.  Steel bullets that were loaded 15 years of dreams, life, games and adventures to live. Joachim had many things left to experience: love, desamors, fleeting or eternal friendships.  He had projects and dreams  that he hadn't even come to think about yet.  Everything, taken away by a coup of sick authoritarianism and police impunity.

A neighbor of the village and witness to the events,  Gloria, told the media1: “The police passed by and told the boys to leave, but the mobile goes and when it happens again they started throwing bullets.  They started screaming that they shot one of the boys.  The boys shouted 'help, help'”;    shots gave  two other minors. In that line, he added: "  The  boys didn't bother anyone, they didn't bother anyone, they didn't they were stealing or hurting.  They were listening to music and drinking alcohol.”  Joaquin fell dead and was lying in the square.  The ambulance took  more than two hours to arrive. The  two boys who were injured  are interned at the  Cruz del Eje Regional Hospital.

Who counts the official version?

The official version is always that of the oppressors,  that of the cops covering their backs between them. With the abal of the media and other powers.The official version speaks of  “confusing episodes” and “supposed clashes,”   as every time an innocent's life is charged  .Trying to hold the boys accountable for having generated incidents.  The police cover their backs, while Joaquin was not able to defend him.  The immediate reaction of the village was of  anger and indignation . They threw stones at the patrols and went to the village police station, where the murderers had gone.  The police compound was destroyed. Joaquin's family, too.

Not one less kid

The name “Joaquín Paredes” adds to the extensive list of young people killed by the Cordoba police.  He continues to act with impunity, killing with his statutory weapon and without limits.  Only during the pandemic, this institution took the lives of at least 8 people.  The case that had the most resonance nationwide was that of Blas Correas, also killed by the back. These investigations brought to light some of the  cover-up mechanisms oiled by the provincial police next to the judiciary.  There was even talk of a  “protocol” that does not appear in any official document,  but which the police use to cover themselves without leaving evidence “when things get complicated and have to be triggered.” That's how dirty is the whole Cordovan police institution. So he  keeps shooting at mansalva, snatching our young people from us.

With what should you load the back of a teenager

Joaquín's back was ready to carry with a backpack,  to go on a trip wherever he wanted with friends,  backpacking or whatever. Joaquín's back was ready to load a flag of his favorite club, and scream goals in a swollen. She was even ready to have a little sunstroke because she fell asleep at the river side,  while her family prepared  sandwichitos. His back was ready to receive the patting of congratulations from his friends, the pampering of his first girlfriend, the tickling of the lawn of the courtyard, where you could throw to look at the sky.  His back was made for a lot of things and none of them included a lead bullet.