Home People The worst thing about us An unresolved disappearance

We tell you all about the disappearance of Nicolás Sabena. The story of a young man with maturative delay and the tireless search for his mother. 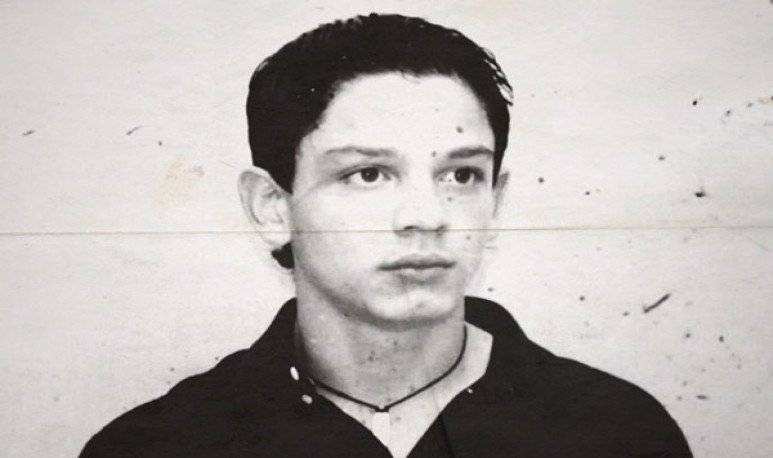 Nicolas Sabena was a 21-year-old with a maturative delay.   His mother, Rosa Sabena, a tireless fighter who never stopped looking for him.  It all started in September 2008. On Monday 1st of that month Rosa Sabena and her son Nicolás argued. The fight arose because Rosa perceived that Nico  had started to go out a lot at night , returned home late and the next day she didn't want to wake up to go to the mechanic shop where she worked with his dad. In the midst of these demands and claims, his mother told him that if he was not going to show up for work or abide by family rules,  it was better to leave the house.  It was  as a warning or a wake-up call . He never thought Nicholas would  actually  leave forever and never come back again. That was the last time they saw each other.

Reconstruction of the facts

By that time, the young man was 21 years old,  but his maturative delay caused him to reason and behave like a teenager aged 15 or 16.  Nico, between his wanderings and his discovery of the world,  made a new friend his family did not know.  By that time, he was also  in love with a woman almost 10 years older than him.      These data were  united by the young man's family during his search, with data of f Ragments of intimate conversations  Nico had with some of his relatives.

The days following the discussion, Nicholas  texted with his younger brother  and returned to his home when there was no one to look for clothes. He told his brother he  was fine, that he was stopping at the fifth where his new friend's family lived.  She was the fifth of the Vargas, it would be known after.On September 14 Rosa tried  to communicate with her son once again , but  Nicol's phoneIt stopped working: “ They told me that the chip had been extracted from the device and there I realized , my heart told me that something serious had happened to my son.”

Rosa never knew where her son was or what had happened.  There were many questions and few answers.

In 2010, Rosa was tired of waiting and  feeling scammed by the same professionals who were trying to solve the case.  The investigation was very slow, measurements and raids  never worked.   As if by magic , the evidence always disappeared , never made it on time.  Rosa began to perceive that  the prime suspect, José “Pepe” Vargas Parra, had a close link with the police. In addition,  the fifth of the Vargas was very difficult to access and surrounded by about thirty dogs trained by them.  Later, thanks to a report of intersecting calls, Rosa discovered that  there were Río Cuarto cops protecting the Vargas family.

Throughout that time, Rosa  received calls from numbers  from different provinces where she was given  false clues to her son's whereabouts.  “ I traveled all over Argentina looking for him.  They were the Vargas who called me and told me that my son was in San Luis, in Mar del Plata, in San Juan, in Santiago del Estero. It was such despair that we were going and looking for it. For a mother who is missing her child there is no one to stop her, there is no fear, there is nothing,” she says. That force is what he always had and is not yet extinguished as is the light of his hope and his hunger for justice.

“ I decided to start studying law to take care of the case because  lawyers here do not want to go against the political, judicial or police power.    I don't care or fear me, I'm looking for my son and I'm going to seek justice for him until the last day of my life.”

In 2011, he decided  to study law in order to take charge of the case.  At the age of 60, Rosa Sabena received and began to practice and intervene as a lawyer  in her own case. He received his degree in just 4 and a half years.  In March 2017 she was  honorary doctorate from the National University of Rio Cuarto.   This distinction was given  to her for providing counseling and  taking cases from other families who approached her with similar situations.

On 15 September 2008, “Pepe” Vargas had been arrested, but was not accused of Nicolás's disappearance.  “Vargas saw the patrol car from his car and began to flee. (...) They found him inside the garage, hiding behind a few boxes, and resisted being caught, even hit the cops. (...) Hours later, the Salinas and Pereyra cops  released him without charge, not even resistance to authority.  That same day, on the day that according to Vargas my son left his house while he was sleeping, he was in detention.”

Six years later  , in September 2014, Vargas was found guilty of Nicolás's disappearance   . coercive freedom aggravated by the participation of three or more persons”.   His two sons, José “Yaca” Vargas Flores and Lucia “Cori” Vargas Flores, were also convicted as co-authors, with sentences of 17 and 16 years respectively.  “ Pepe” Vargas's wife, Adelina Inés Flores,  was equally involved  in the case, but  died a year before being tried.  In 2017, the High Court of Justice of Cordoba ratified the judgments. Despite not yet being received,  Rosa assisted as an assistant to her lawyer.

The feeling that something is missing

The Vargas family is in jail, but Rosa still has no answers.   “ When for the first time I got the fact that my son had been with the Vargas I went to fifth, I faced him,”  he recalls now.  “ I asked him directly what he had done with my son. At that moment he lowered his head and couldn't answer me.  There I realized, in his gaze, that they had killed him.”

And yes. There are still answers missing.   Trials against two policemen for cover-up will soon be conducted.  And  Rosa will act as a complainant.  The courts will be  Nancy Salinas, the non-commissioned officer of the Cordoba Police of the Investigations area and former police chief of Rio Cuarto Gustavo Oyarzábal.  The two accused of  aggravated cover-up,  as there is evidence of hearing  and testimonies of the cover-up by these agents.

Nicolas's disappearance is not a particular and isolated case. Rosa Sabena's strength, yes.  His struggle for the disappearance of his son could shed light on so many cases. And, moreover,  unmask a corrupt system that loads lives daily.  This woman from Rio Cuarto is an example of perseverance and the ultimate expression of love without borders. The desire to do justice for his son overcame any negative feelings of fear, fear, anguish and uncertainty. His fight is still going on.  We accompany her.