Home People The worst thing about us A tractor trip

We tell you the tragicomic episode whereby two tractors were stolen and left, as if not to be discovered. Clearly the odyssey lasted for them shortly. 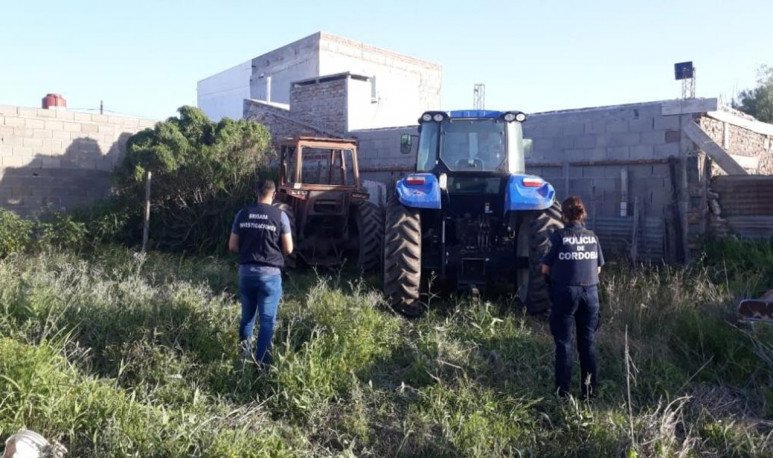 We're coming to the end of the year and it seems that even the thieves are tired of their trade.  So tired, they didn't  come up with a better idea than to steal two tractors and marching with them.   The tragicomic episode  happened in a field located in c ercanías in the city of Arroyito.  Between the  night of Saturday 12 December 2020, and the early morning of Sunday, the two tractors  mysteriously disappeared . The owner family panicked  and desperate .

And the mystery was diluted when it became known that these two models are valued at  10 million pesos . It was evident that some opportunist saw the  chance,  and didn't think about it much. The vehicles  were  located  in a field located eleven kilometers south of Arroyito on the edge of the E-52 route  that connects this city with the  town of Sacanta.

The criminals reportedly entered the field after cutting the fence and stolen from the property, a  red 85 HP Massey Ferguson  tractor and a  110 HP blue New Holland,  both valued between eight and ten million pesos. The robbery was reported by  the owner Gabriel Terreno , who went into despair.The two vehicles were in the countryside because on Saturday their owner with his brother-in-law had been working on the  manufacture of alfalfa rolls destined  to feed the hacienda .

It is estimated that those who stole  them traveled on rural roads to San Francisco  for the purpose of  avoiding police checks.  The fact that generated the effectiveness  of the operation  around the search for automotors, was that  both were seen at six in the morning passing through the city of San Francisco. With that data,  it was easy to chase traces and find the vehicles.

The mission was carried out  with the collaboration  of Frontera police personnel and authorization from the Rafaela Office of the Office of the Turno Prosecutor. They were members of the San Justo Department of the Cordoba Police  managed to recover the two tractors that had been stolen in Arroyito.

The mission had a happy ending, however  the producer of the Cordovan town of Sacanta was dissatisfied with the public administration services.  Since he himself had to take care of getting a plane to rent it and  identify where  the tractors were.  The producer rented a plane at the Las Varillas Aeroclub  and with Commissioner Diego Rodríguez flew over the town of Frontera (cameras had registered access to the urban area).

“ After several laps  we saw the two tractors in a corner  of a yuyal, a wasteland  . It is not easy  from the air to determine the physical location by land. We went down, a pilot led us from the air and we arrived,” described the victim. After locating the machines, Terreno got off at the San Francisco Aeroclub, where a patrol car was waiting for him. And at the same time, notice was given to  the Frontera Police . This is how  the Massey Fergusson and New Holland tractors were recovered.  The producer says they found them  in a wasteland  where apparently they were being  “cooled”  before selling them.

“ I don't regret renting a plane because  without the tractors I don't work and my people don't charge,  but I do claim because we pay taxes, because that money should be used for more safety and not that every time you have to fix something you have to put more money,” said Terreno. The odyssey was  recounted in all local media  and surprised all Cordobeses.