Watch out what we rationalize: some things should be left in the trunk of the sinister and not get out of there. 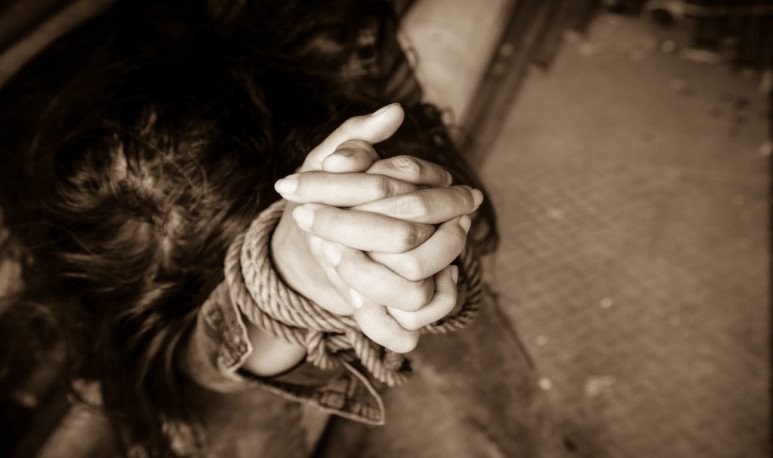 I don't even know how to start writing this note. What I'm going to tell you happened in Andalgalá,  Catamarca . A kid (because I think what strikes me most about the situation is the age, both of the aggressor and the assaulted) of 27 years, after what is “suspected” that it was an attack of jealousy, beat his girlfriend 20, stripped her undressed, tied her, put her in the trunk of the car and took her out, naked and tied (I repeat it because after reading it three times and writing it one I still can't believe it), to “walk” through the streets for the neighbors to see it.

I swear to you, I can't get out of my amazement. In fact, I thought I'd write the previous paragraph again, see if that's how I can find you an explanation. Do you understand the gravity of the fact? Am I just dismayed? Where to begin the analysis of this delirium? I do not remember where I read something, a long time ago, that was recorded for me: you have to be careful what is analyzed. When something is so absurd and irrational, analyzing it with the tools of logic raises the danger that we “rationalize” it. That is, we put it in the bag of the “logical” so that, immediately (and a step away), our brain categorizes it as “acceptable.” There are things that are not analyzed: they are archived as sinister and abominable and saved. This should be one of them.

At first I said that one of the things that struck me most about this pelotudo (sorry the exabrupt, but I don't know how to rate it in a more precise way) is his age. Sometimes, in a push of optimism, I tend to think that certain attitudes are typical of the past, situations that no longer occur because humanity evolves (slavery would be a good example). This kind of aberrations against women is one of them.

If a 50-year-old guy does, let's say, I tend to think that he is a  prehistoric  humanoid who didn't know how to read reality and that luckily is closer to the harp than to the guitar. But if someone under 30 does, my hope vanishes like smoke from a cigarette.

As I told them, this  caveman  (called Román Sanchez) apparently did not stop in stripping her and walking her around the city. One of the versions indicates that the police apprehended him thanks to two teenagers. These guys crossed him in his vengeful raid and the subject offered them to have sex with his girlfriend and “do with her whatever they want,” while the poor girl was tied to the trunk of Fiat uno. If at first I told you that the story seemed amazing, at this point, I don't know what to tell you anymore. The only good thing I can get in clean, is that if this version is true at least there were two guys who behaved like good people and reported it immediately. They give me a little faith back in the new generations. Beyond that, I still can't get out of my amazement with the ordeal that the young woman had to suffer at the hands of her own partner. I can't understand how an argument can end in size  abuse and humiliation .

One last reflection arises to me: in which society does an animal of this kind live so that it seems feasible to you? What humiliation and humiliation did he suffer throughout his life? How did your dad treat his mom? I don't want to get into that vicious circle. I just ask that the new generations don't have to ask these questions.