We can't help it. Everything was going relatively well until Correntinos and Chaqueños returned to the crack. Who lit the wick? 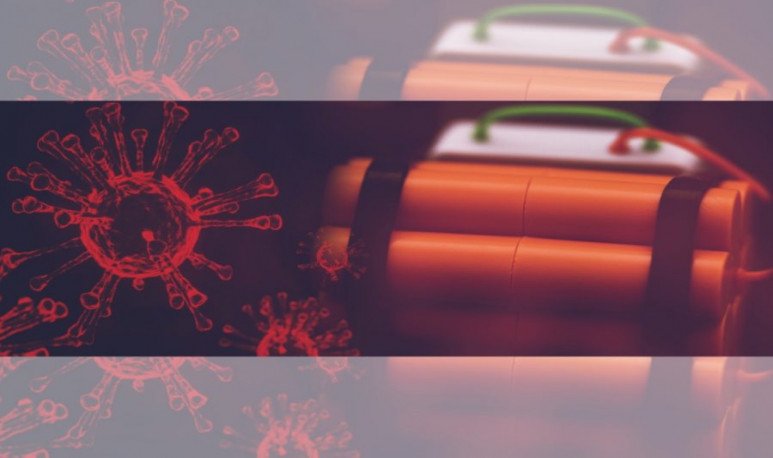 The Argentines had been carrying the quarantine with a height worthy of a mega developed country. For a moment, the famous crack had been far away, like a diffuse memory of childhood. Argentina was a single fist, a single identity against the coronavirus. The dream of the homeland heroes had finally been fulfilled.

But no! The crack managed to return to the present again. The definition says that “crack” is a long and narrow opening product of the separation of two materials. In this case, the materials would be  Corrientes and Chaco. Both provinces, well stuck across a bridge, have a few years of encounters and disagreements . As in all quarrels between provinces, you don't know exactly who starts it. What we do know is what and who lit the wick of racism, the crack and the subsequent controversy.

The virus that binds and separates

This pandemic tests the spirit of solidarity of an entire country. We were doing well, until a  Correntino  newspaper blew everything up. The discriminatory cover of  Epoca  newspaper opened a rift between provinces in full quarantine. “ Chaco exports the damn disease to Corrientes,” says the title of the Correntino newspaper in big and black letters . The publication was made in a context in which the province of Chaco already has more than 100 confirmed cases. In addition to being one of the epicenters of the virus in Argentina.

A strong outrage and repudiation aroused in the province of  Chaco  and in various bodies such as INADI. The statement from the Corrientes delegation expressed a profound rejection of “another cover of the morning  epoch  of our province.” “In this case it is a title that promotes the division between Correntinos and Chaqueños,” the statement adds.

A communiqué was also published on the Argentine Government's website that repudiated this action of the said media. The most interesting thing is that the morning, in principle, did not apologize for the fact. He denies having intended to divide and promote violence. Journalist Gustavo Gamboa assumed responsibility for the title in his capacity as Journalistic Director. In a note he gave to a radio station he said that “At no time was there any intention to attack the Chaco people. There was never intention of dividing the villages but it did show the list of disasters in the Chaco health system that led him to this situation.” Having said this, the journalist said that not having the intention awarded to him, he did not need to apologize to the Chaco people.

The waters are far from remaining calm. The wick is still lit, and it has already generated another conflict between Chaco and Corrientes. This time, for the doctors. Because of the proximity between the two provinces, hundreds of Correntino and Chaco doctors work across the border. Every morning they cross the bridge in the direction of their work and cross it again later to return home.  Because of the alarming number of “infected” people in Chaco, the Correntino Government has taken a curious disposition . On the one hand, he has licensed all the Chaco doctors working in Corrientes. On the other hand, he has forced Correntinos doctors to quarantine each time they return from work in the neighbouring province. This measure generates another crack in our country, one that no Argentine wants to see again. However, as of today, the Governments of both provinces have reached a solution. Understanding that, in times of pandemic, they must abandon localism and become fundamental parts of the country, because the best vaccine against the pandemic is  solidarity  among all Argentines. When all this is over, we will be a more united and supportive nation.

The quartet is from the Colt

Caravan was the one from before

Martina Raspo: a fighter with a ball