We make you the top 5 of the most controversial and scary cases in Argentina. Some of them even have their own film and in Ser Argentino we remember so that they do not repeat. 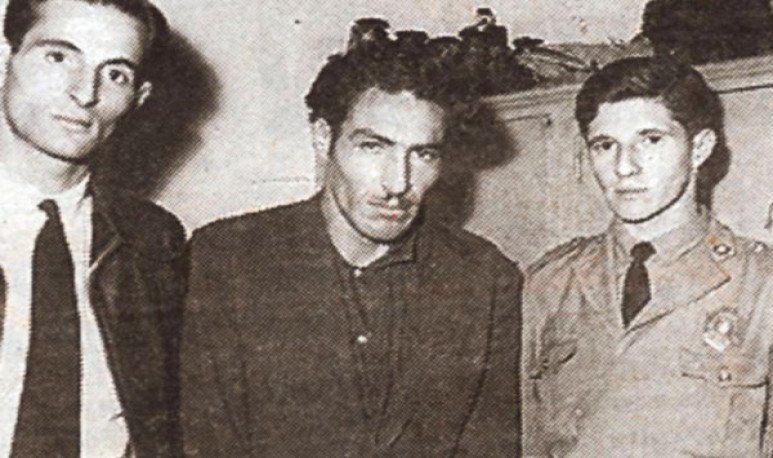 Meanwhile nationalism and pride in our country , for having the dulce de leche, the asado, the wine, the fernet, the pen, the pope, Messi and Maradona, these stories represent the worst of the Argentine Being . We tell you  the five most controversial cases in national criminal history.  These are police cases  that settled  in the collective unconscious and made a dent in the popular imaginary. These 5 horror characters filled the pages of the newspapers of different eras because of  the cynicism that hide their stories and crimes.   Today we review them so as  not to forget or forgive.

His case flooded the national media of his time,  as he was Argentina's first serial killer.   Its history marked the country's criminalism, and its bloody crimes  became  an icon in the dark part of our country's history.  At the age of sixteen he was arrested and confessed to  the murder of four children.

About him was made a book, a film and even has his own statue  in jail of the end of the world. “ He is considered a serial killer although he actually has few victims, not because he did not want to have them, but because  in many cases they did not get him  or could not accomplish the murders. The fact that he was a minor has to do with   the legend that arises from this character,” says Leonel Contreras, author of the book     La Leyenda Del Petiso Orejudo: Cayetano Santos Godino.

The case happened  between November and December 1912,  when he attempted four murders with children, but he only managed to commit that of Gesualdo Giordano, aged 3. The book describes the episode.  El Petiso operated  with  “the promise to buy him candy, cheats him and takes him to a shed. In that place he hits him wildly until he leaves him unconscious and then inserts a nail into his skull. Everything he did on the day of that crime remained in the collective memory as   that was his modus operandi and the figure of the serial killer is built,”  adds Contreras.

This was an Argentine chacarero  of Irish origin , who  became known in 1922, for having committed a multiple murder.   The case occurred on 18 April, and from that moment on, it was reflected  in all media in the country  , firing his Winchester rifle at  his brother  Dionisio Banks. At the crime scene was also Sara, daughter of Dionysus, 12 years old. Matthew gave a butt on her head, and threw her faded into a ditch, where he shot two shots. Then he murdered a pawn named Juan Gaitán.

But this wasn't all: Banks  continued his homicidal expedition.   He killed his brother Claudio Loiza with two shots in the back and neck, and then hide his body in a nearby pajonal. He also  attacked the lives of his brothers  Maria Ana and Michael, the latter's wife, Juana Dillon, and the daughter of the marriage, Cecilia, aged 15. Anita, who was the other daughter of the marriage  and at the time  was only 5 years old, was the only survivor, along with Maria Ercilia Gaitán (4 years old, daughter of the pawn).

Once he killed his whole family, he confessed to crimes and was sentenced to life imprisonment,  sent to jail. He died in 1949, at the age of 77, when he slipped out of the bathtub and hit his head.

3. Florencio Fernández, “The Vampire in the Window”

This tucumano born  in a vulnerable sector of the province suffered from hallucinations and schizophrenia. He lived for a long time in a cave, as his family had abandoned him. At the age of 18, in 1953, he became a serial femicide. Her fifteen victims were women. His modus operandi was always the same: he entered through the window of their houses, beat them and biting them on the neck to such an extent to rip off a piece of meat.

He was arrested in 1960 while attempting to commit murder number 16. He confessed to the crimes and after a series of evidence, he was declared unimputable.

He died in 1968 in a psychiatric institution where he had been held.

Another serial femicide  that made history in Argentine crime. He attacked nine women and managed to kill three of them. He had a type of victim, women living alone, and a modus operandi who baptized him, since he hit them with a hammer . He was arrested and sent to the Sierra China prison where he spent  36 years locked up,  but never confessed to his crimes. He also had his passage through the prison in Olmos. In 2006, after spending 43 years behind bars, he left the prison in Gorina de La Plata and  was released.

His case came to the big screen , is known nationally and hedgehoes the skin of anyone who starts to investigate the subject. In 1972, he was sentenced to life imprisonment  when he was found guilty  of having committed  11 homicides, 17 robberies, 1 rape and 2 kidnappings . Six of the crimes he committed were done with an accomplice: Jorge Ibáñez. In August 71, Ibáñez died in an alleged car accident that also involved Robledo Puch. Along with a new accomplice, Hector Somoza, with whom he continued to  commit horrific crimes.

In 1980 he was tried and sentenced to life imprisonment for indeterminate time,  the maximum sentence in Argentina.   To this day he is being held  in the Sierra Chica Prison.