Home People The unexpected protagonists of the Copa Sudamericana

Employees of a Formosa gas station recovered the ticket that a fan forgot for the final of the Copa Sudamericana. 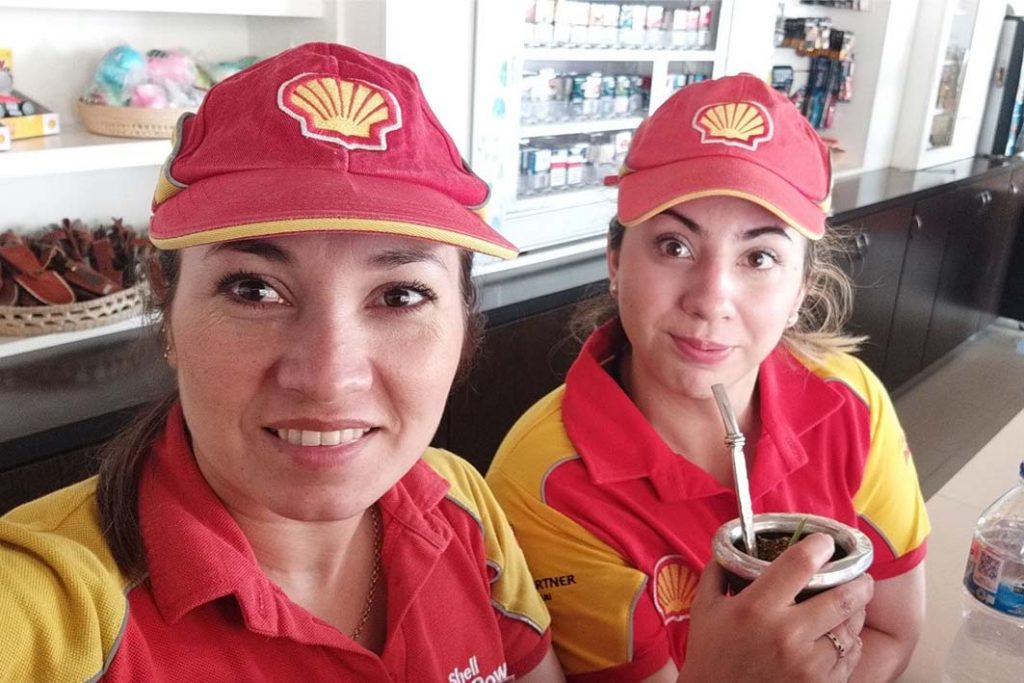 Football for Argentines is a passion that is experienced by almost everyone, from the place that touches them. In this case the protagonist was in two employees of a Formosa service station. This province was the chosen path by many Santafesinos who went to Paraguay to witness the final of the Copa Sudamericana.

One of the fans of Columbus on his way to Asunción was Mara Godoy, a fan of Columbus. But his dream of being in the finals was on the verge of disappearing. The fan, between the hardships of those trips and the anxiety, left the gas station and forgot her entry. The ticket was nominated, so it was easy to know who it belonged to.

A ticket to a final is a treasure, it's a small role full of dreams that increases its monetary value every passing minute and the end is coming.

But fate winked at Godoy. His entry was found by the employees of the service station María Martínez and Vivian Caceres. The young women did not hesitate for a second about what to do: they were barely aware of what had happened they sought to solve the situation.

“ The lady was with a group. As soon as they left, I went to clean the table and when I was about to throw everything, I saw the entrance,” came first. told by Vivian Cáceres. There were a lot of people, a lot of fans passed, but she was able to identify that the entrance belonged to Mara Godoy's table. “Screw me that is the entrance,” Cáceres told her colleague María Martínez, passionate about the football.

He started searching for Godoy, first by networks. As they could not ignore their work, Cáceres and Godoy coordinated to find the owner. They searched for her on Facebook and then asked other fans to help spread the information. If anything the girls needed was to viralize the information more strongly and the solution went into a regular client at the time. “Entered the owner of a Formosa medium , who is also a fan of Columbus,” said one of the girls at the gas station. The businessman increased the intensity of the search, but not only that, he contacted the Gendarmerie to have Godoy identified at the border.

For Cáceres and Martinez it was an exciting moment, because a single situation unified solidarity, values and passion for football. On the way to the final of the Copa Sudamericana, not knowing I had forgotten his entry, Mara Godoy was notified of his loss and returned to the station. All this happened in about an hour, Godoy returned and remained very grateful to Cáreces and Martinez, the girls who saved her entrance.

Vivian Cáceres and María Martínez are great companions. Vivian describes Martinez as a great football lover. In addition, he awards her all the logistics on social networks to meet Godoy with the entrance to the Copa Sudamericana. Both of them joined the passion that arouses Columbus accompanying and wishing luck. The station near the border has a very large confidence rating. Whoever has left something forgotten, if found by its employees, is a guarantee of return to its owner. Confirmed by the first protagonists of the final of the Copa Sudamericana, Vivian and Maria.

Wichí communities will have their processing plant

The Arena Sports Centre is already a reality

The Day of the Sánguche of Milanesa, only in Tucumán