Santa Fe is the only city in Latin America that has a “beer pipe”, a pipe that connects the beer yard with the brewery where it is produced. 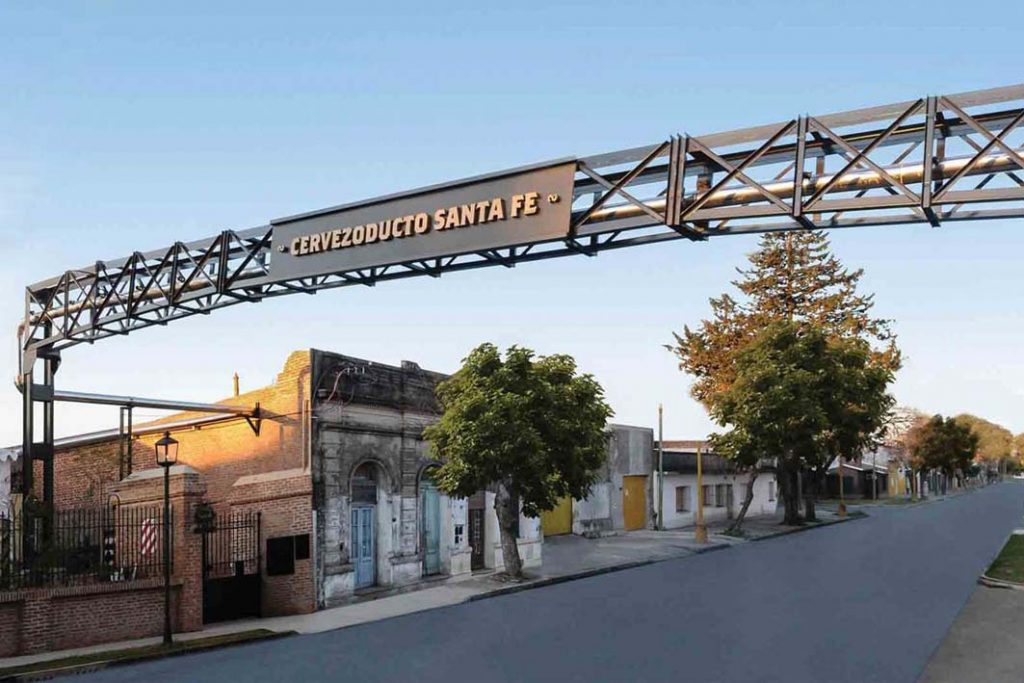 Santa Fe is the only city in Latin America which has a “beer ducto”, a pipe that connects the beer yard where distributed with the brewery where it is produced.

Santa Fe is a very particular city and makes the plain (glass of beer) a true cult. It is the only province in Latin America that has a “beer ducto”, that is, a tube of 850 meters in length that connects the tanks of beer finished in the plant with the choperas of the Patio of the Santa Fe Brewery to be distributed among the drinkers of the bar.

This architectural “wonder” is located in Calchines 1398, in the city of Santa Fe, and day after day “El Patio”, as they call it the Santafecinos, is full of people of all ages (over 18 years) who come together to taste a plain that comes directly from the factory to your glass.

The pipe of the “beer pipe” passes up the street, as if it were a bridge, but of beer, and connects both places with an infrastructure that draws the attention of anyone who does not know the Idiosyncrasy santafecin.

Santa Fe, Schneider, Heineken and Imperial beers are produced from this plant. The Santa Fe Brewery has more than 100 yearsof experience and is an emblematic place of the city . It was Otto Schneider, an emigrant from a family with a long brewing tradition , who arrived in Argentina in 1906 and settled in Santa Fe and, together with a group of friends, founded the Santa Fe brewery. Forerunner of the region's brewing culture, its legacy is the brewery courtyards and the custom of the plain .

The availability of land with easy access to the port and railway, hand of expert work of central-European immigrants and the water of Paraná for the brewing are some of the factors that explain the emergence of Cervecería Santa Fe in November 1912.

The unpasteurized draught beer is called plain, served in a clear and smooth glass, 250 cm3. Its creator, Don Otto Schneider, said that this was the best way to enjoy the taste, aroma and color of all good beer . Benjamin and an unforgettable try at Jujuy

Another country, other eyes