Home People Stories of people You want me to give you tutuca?, part 2

I knew how Alcides is, this endearing 90-year-old man who invented a genius: tutuca. 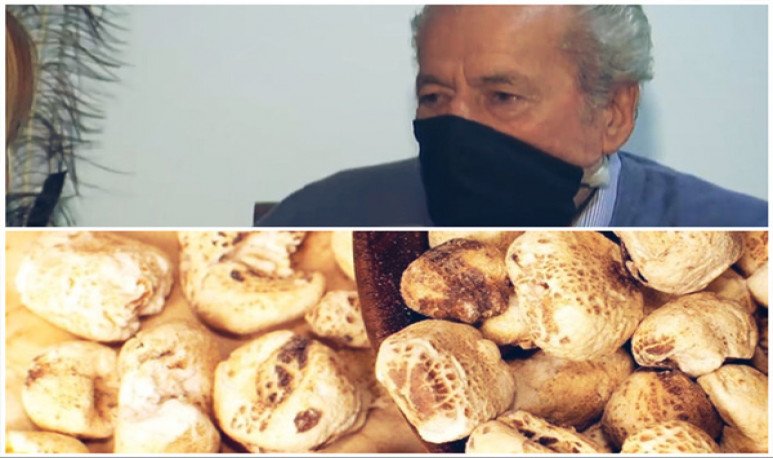 Raised in the field,  Alcides Klenzi   always had concerns about doing anything other  than working there. Not because rural work is bad. In fact, San Carlos Sud, its hometown, is one of those prosperous points in Argentina. In addition to the richness of the countryside, the  Sancarlinos  are Argentine pioneers of beer, great glass workers and home to one of the country's leading candy factories.

But, when Alcides was a kid,  the average “life goal” of his peers was reduced to a good pass on the tambo.  And that didn't motivate him. Even today, at the age of 90, he has a restless personality.

Already in his life in Córdoba, Alcides trained as a professional. That is to say, to their ability for business and their innate optimism , he added training. One of the things that marked it was the “quality of life” workshops. There he learned that instead of crying what is missing, you have to enjoy what you have. He perfected that of always seeing the positive and not the negative of things. In an interview, Alcides was proud to say, “I am very happy with the life I have done.  Everyone tells me I'm always happy .”

Over time, when he no longer had the factory, he founded, along with other partners,  Pekos . Having inaugurated one of the most important fun complexes in Argentina, only confirmed  the great entrepreneurial head of this man.

But let's not go far from the tutuca. The great differential that this product has, in the world of sweets, is that it  is economical and absolutely food . It's just corn and sugar. Parents do not care, because it does not have bad components.

When the venture was born in La Falda, the process was more or less like this: in a small  iron vessel, which was heated with torches, the corn was placed . After a few  minutes , the pressure was released, causing the corn to inflate. Once ready, they added additives to make it sweet. Then it was packaged and taken to school for sale. This is how Tutuca was born, more than half a century ago, created in La Falda by the restless Santafesino Alcides Klenzi.

With the  great school success of the product , they decided to print leaflets and go out to distribute it at the exit of schools. Naturally, they came to offer it to neighboring localities of La Falda. And it wasn't long until the tutuca demand came to the ears of the remaining provinces. This demanded a new logistical effort to distribute and sell it in the rest of the country, appealing to freight trains. But, when something is very good, it doesn't need marketing, says a famous saying. At this point in history, and to graph this idea, there is a memory of Alcides:  from San Juan and Mendoza arrived in Córdoba wagons full of fruit. They were turning overflowing with tutuca.

Pre-Inca cultures already produced a similar product before the arrival of the Spaniards to the continent. However, in the  northern Puna area, citizens tested various ways of exploiting maize . Until in Bolivia they did it in iron  capsules  heated with torches. This is the technique that arrives in La Falda and is perfected to be later marketed, until it becomes the popular and well-known tutuca.