This is the story of a couple who, because of the pandemic, met their son born in Ukraine 70 days later. Today, the family is with Manu for the first time. 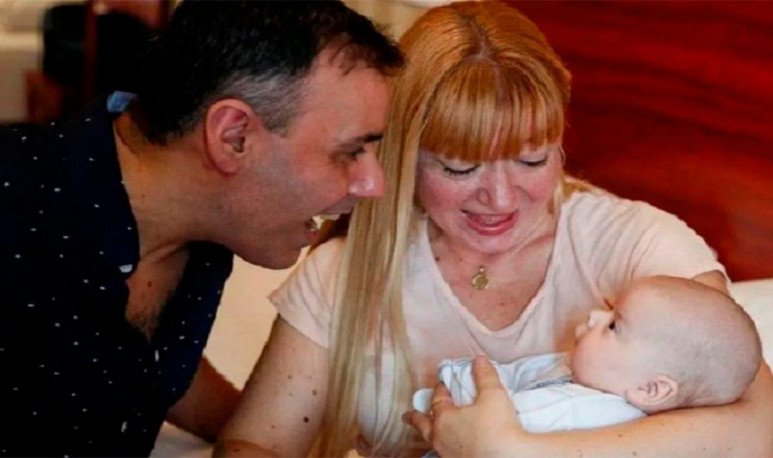 The   pandemic  got in the way of many people's plans. Different projects and scheduled trips were left for later. This is the story of a family whose pandemic prevented them  from knowing their newborn child . But, after filing an application for amparo, they were able  to travel to Ukraine to meet Manu .

Flavia and Joseph  had a great dream for many years. 10 years, to be more accurate. They dreamed of  being parents , something that for some is very simple and others cost a lot. First they tried naturally and then came endless treatments: none worked. What they never thought was that the place where they could finally realize that deep desire would be so  far from home : in  Kiev ,  Ukraine .

Through a friend, they learned that there could be a belly surrogacy. There wasn't much to think about: they had to try. In December 2018, they started with the procedures to hire the services of the  Biotexcom Clinic , specializing in maternity and fertility treatments. The gestation process would be carried out by substitution, which is also called the “   solidarity womb ”. An embryo with  the couple's genetic material  was implanted to a woman who would carry the pregnancy forward and give birth to the baby. They traveled to Ukraine in April last year and on July 19 the embryonic transfer to the pregnant woman was carried out.

Pregnancy developed in total normal. Every month that passed, they were closer to meeting their son. The scheduled date for childbirth was April 10, but  Manu went ahead: he arrived in the world on March 30 . Yeah, when the  quarantine  was already decreed and  the borders closed.  After all the difficulties Flavia and Joseph had had to conceive their son, there was a new one, absolutely unpredictable:  the pandemic .

The trip that was already organized to go find his son was suspended. Anguish and impotence took over them. The wait became eternal. His lawyer  filed an application for amparo  before the Family Court No. 4 in Morón, which gave rise to the couple's requests.  The odyssey was coming to an end.

The most anticipated moment

On 28 May they left for Ukraine and two days later they arrived in an apartment in Kiev, where they had to serve a week of preventive  isolation  . Finally , after 70 days, the moment came: they were able to meet Manu  and hold him in his arms for the first time.

Now,  it only remains for the family to return home , once the birth certificate and passport are ready. In Ukraine, genetic burden and parental  will  determine nationality. That's why  Manu will be one more Argentine . An Argentinean who came to the world at a very special moment, but whose existence will light the lives of his parents forever.