She was selected among other entrepreneurs from San Luis to participate in an important event to be held in Argentina. 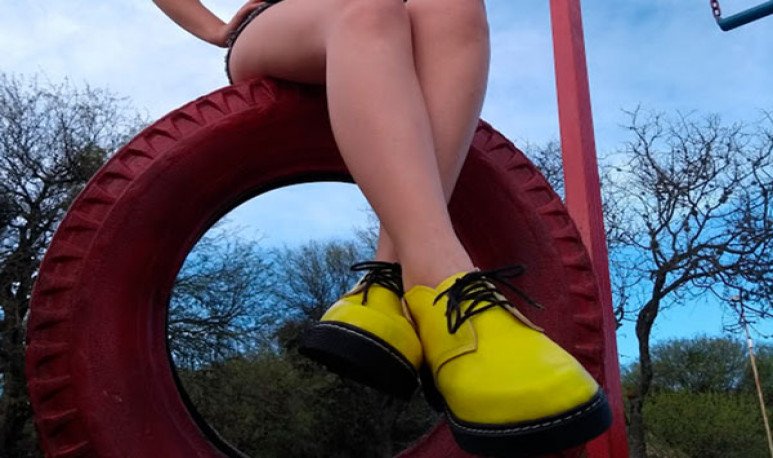 The  Chamber of Commerce  of  San Luis  (CAME) awarded  Natacha Giunta  , a young entrepreneur who manufactures shoes with  materials free of animal cruelty  and who will represent the province in the national contest to the  Young Argentine Entrepreneur  who will be will be held during the  month of September  and will be broadcast on the Zoom platform.

Natacha is a  merlina and she considers herself passionate about shoes . From an early age he showed a strong  love for fashion  and, above all, for footwear. Once, when he was walking through the province of Cordoba, he saw beautiful sandals in a stained glass window, but he could not buy because of their high price. At that time he thought that making them would not be so difficult and began to investigate where he could  study a career that would allow him to acquire these skills.

From that moment on, she traveled to Cordoba every weekend and dedicated herself to making shoes only for herself and a friend who asked her to. Over the years, orders increased  and it was a matter of little time before Natacha left her future job and decided to start her own company  and devote herself exclusively to her new  project.

At first, the shoes were made of animal leather, but it took a turn in 2018 when  Natacha stopped eating meat.  Thus, he began a new lifestyle for puntana, who learned more about  veganism and animal abuse suffered by thousands of species around the world for different industries, including footwear. From this point on, he decided to bring this new perspective to his  business and that is what he considers to be the  trigger for sales.

During 2019 he participated in the  “Vegan Fashion Week”  held in the United States. The businesswoman said that during this space she was able to meet wonderful people. He currently sells shoes to Mendoza, Córdoba, Tierra del Fuego and Buenos Aires. It also  exports its products to Spain, Mexico and the United States.

Natacha was awarded by CMEA for its innovative proposal aimed at a specific audience that  seeks to generate social awareness , as well as being of good quality and recognized. For all these reasons,  the project has all the conditions to compete with other Argentine entrepreneurs. All the luck for this idealist puntana!

Natacha was born in the province of  Buenos Aires, but spent most of her life in  San Luis . He currently lives in the city of Merlo and has  been dedicated full-time to shoe design for seven years.  She is considered an admirer of design, lover of fashion and footwear in particular.

From a very young age, his family did not have much money and had to be deprived of many things. She encouraged Natacha to make her own shoes, that vision she considers an  “epiphany”. She knew that was the way she had to go because  her love of shoes was going to lead her to a good end.

What were sales only for San Luis changed, and suddenly they started coming from other provinces interested in Natacha's shoes. Gradually the brand grew and decided to leave his job to devote 100% to his company.

Her veganism led her to drastically modify her business model and it was there that she began to make her products with materials that did not harm animals, but also did not generate any kind of pollution for the environment.One of their future projects is to be able to  use, for the next year, mushroom leather as a natural and sustainable material,  ideal for the care of the planet.

For the  Argentinean entrepreneur  the secret is that dedicate herself to what she really loves, because she needs  to be able to work with love , with the soul and enough energy so that she can  develop fully.