Home People Stories of people Two champions against the trash

Two teenagers from Santa Fe were champions at an olympics who highlighted their research into the damage that garbage produces to the environment. 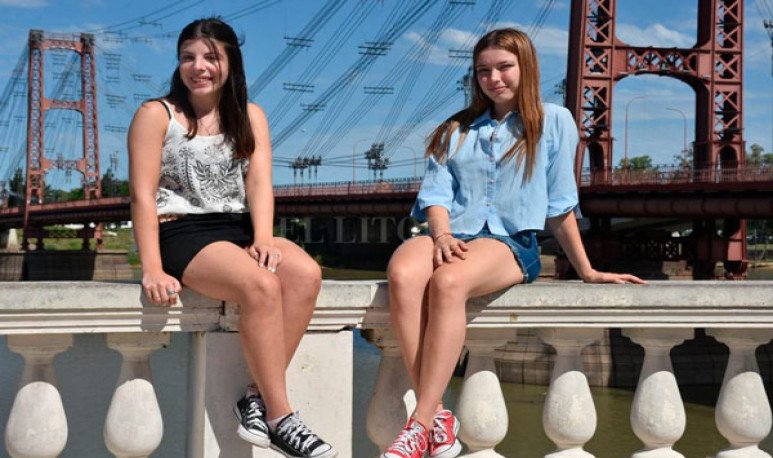 Nerina Haberkon and Martina Wagner have just finished high school, but they did so by crowning champions at the Geography Olympics , for their project “Eyes que no see... environment that feels it.” His research was about the dangers of open pit garbage in the local ecosystem and how recycling can make our common home a sustainable place. In this way, Nerina and Martina won the gold medal with a rating of 94 out of 100 .Faced with the difficulties encountered by the coronavirus, which prevented them from being inside the school as they usually did, they decided to organize a series of activities with their teacher, sharing online documents and conducting supportive videoconferencing.

Among the different categories among which the Olympiad is divided, the young women opted for the collective modality, in which they had to carry out a school research project. Throughout two schools and one national, they had to overcome a floor of scores that allowed them to reach the last stage.  Due to health protocols, the final examination consisted of a distance exposure . To do this, they set up a home stand in one of their homes to defend their work and answer the jury's request via webcam.

To participate, participating students must opt for different axes. Champions decided on the social and economic aspect of geography, dealing with the problem of garbage dumps to heaven  open in the santafesino ecosystem.

Girls are defined as  “fans of the environment” , so at the outset they thought it was a good theme. Their novelty was great: they were always looking for information on a global scale. For this work, they decided to wonder why not inquire about what was happening here, in the city of Santa Fe.

A pending issue in our society

Thus, they hypothesized the vulnerability of our city to the inefficient management of urban solid waste. They developed a conceptual and legal framework based on reading texts, neighbourhood tours, interviews with specialists and officials, and conducting more than 100 surveys.They concluded that  there is a high degree of ignorance and disinterest on the part of society , which also makes it difficult to implement actions and policies on this issue.

One of the topics that left girls sadly surprised is the reality of the local state.At meetings they had with officials, they asked them that  there were insufficient funds to deal with this issue . For example, in the case of electronic waste, if anyone wants to dispose of an oven , vacuum cleaner, or phone, they have to store it at home until a campaign is organized.

Another point that the Santa Fe champions highlighted was the  delay in the normative framework.  Authorities told them that attempts have been made to implement changes to garbage collection, but they are prevented because companies contracted to provide the service have the same bidding since 1996.

The students mentioned that what most impacted them was the volume of grime we produced.  Normally, a person produces a kilo of garbage a day. In Santa Fe we are close to generating 250 tons of waste daily . Everything that is not recycled is disposed of in the landfill.Our landfill is estimated to have a shelf life of 12 years, when what is expected is that they will last 30 years.

That Santa Fe has champions who are dedicated to this, full of hope .In Ser Argentino we highlight the value of two teenagers who transformed this problem into gold.