Missionaries also have their gold rush. With beak and shovel in hand, many dream of finding the mythical Jesuit treasures. 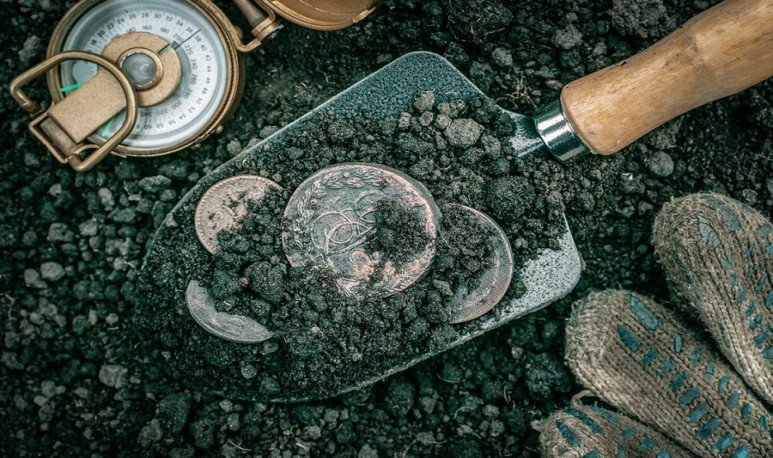 There are those who claim that missionaries are standing just, just, right, on top of incredible  Jesuit treasures . Thus, in the 21st century, the excavations of treasure seekers continue to occur throughout the province.  But the missionaries “afiebados” for Spanish gold argue that the matter is not a simple lottery . Becoming a real “treasure seeker” requires determination, technique and a good share of  faith .

The origin of the Jesuit treasure buried on missionary soil is related to the expulsion of the Order of Jesus.  According to legend, the Jesuits, before leaving American territory, buried their treasures so that they were not found . It was already customary among the Spaniards to bury the riches underground in jewels, gold and valuable species. This was done because of the continuous assaults suffered by large farms by groups or entire families of bandits. Many landowners and landowners died leaving treasures hidden in their lands, in the utmost secret. No one could or declared to have found those riches. Decades later, these burials came the time of missionary treasure seekers.

Steps to dig up a treasure

The province of  Misiones  has its own Indiana Jones. Mario Lezcano, a native of  San Ignacio , is one of the most renowned treasure seekers. If you're thinking about joining the Jesuit Gold Rush in Misiones, it's better to go with him first. Lezcano's first “free” tip is about what every good seeker needs before embarking on the adventure. Let's take note! Three people are required at peak and shovel, and a pendulum.

“ The pendulum takes you,” Lezcano explains. “As you get closer to the exact place, the pendulum will begin to move harder to one side and the other. So that's where you have to start digging ,” he adds. The Indiana Jones missionary also recommends that the job is better done by three. Two to peak and shovel, and the remaining one is responsible with another shovel to remove the earth to one side. The idea is to free up the area and allow the work to be done as quickly as possible.

In addition, for seekers, the element of faith is very important. “If the treasure hidden there is not for you, it will run, whoever really deserves it,” says Lezcano.  According to this belief, gold moves if the search is performed with obsession or greed . As in Indiana films, “the treasure will only be found by the chosen one.” Last but not least. If the glow is reddish, it is gold. On the other hand, if that light or gas lit at night is white, it's certainly silver.

José Luis Pozzobon, former director of the Jesuit Missions Program, reflected on missionary treasure seekers. “ They end up destroying world heritage , because they take stones that have no nominal value, but cultural,” he said.

For Pozzobon, the gold seekers, “they are one of the three evils that the ruins suffer. The others are the weather and the passage of time.” On the other hand, the debate was revived with the analysis of Brazilian historian Arnaldo Bruxer. The specialist in missionary history concluded that Jesuit treasures are a “myth impossible to excise.” Since  the Jesuits in the Missions did not possess treasures or fabulous riches. His wealth was, in fact, labor . “Only individuals of supine ignorance can believe in the fabulous riches of Jesuit Missions,” he said.

However, the search continues... Maybe because it doesn't take much for it. A pendulum, shovels, spikes, and some men of faith.

A Pampean boy and his horse ride