Home People Stories of people To travel in cleta

We tell you the story of a group of Cordobeses who dare to leave everything on the route to enjoy on their bikes. 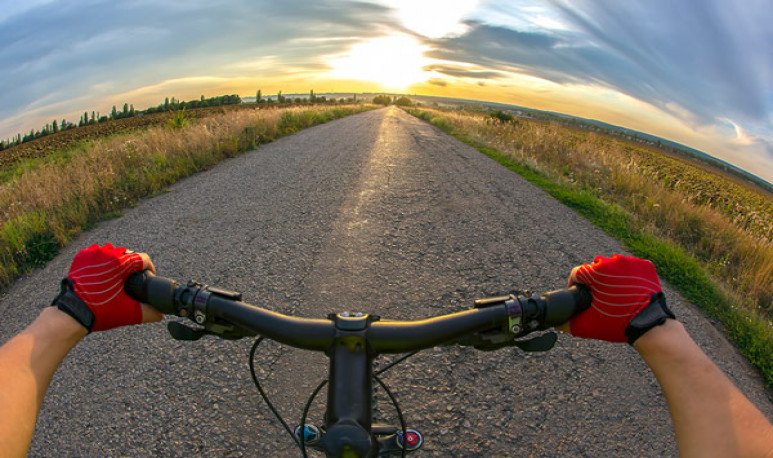 “ La cleta”, as we say to the bicycle in Cordoba, is becoming the ideal means of transport to travel and reach new destinations.  As well as the perfect means to  live adventures and face new challenges.  In this note we tell you the story of this group of men who left the Venzo at home  and went  to Marina  on beach bikes.

This group of cyclists had a witty idea to close the year : to make a challenge on board bicycles without changes or suspension.  It is a group of friends  from the town of San Francisco who usually go on the roads in the area to pedal their  mountain bikes.   And all, with the desire to flor de piel, they decided to close the year with  a very particular challenge  and  it turned out to be a success.   They went to Colonia Marina on bikes without changes or suspension.

After two postponements,  they managed to fulfill the initiative  last Saturday. They brought together a total of 19 enthusiasts, aged 16 to 70 and several family members included.  César Bianchotti, one of the members of the group, said that the idea arose in the face of the suspension of the traditional challenges that occur every year in the mountains of Córdoba to which they usually attend. Given this, in one of the usual weekly departures, it was  Mariano Giordano and Cristian Prunello  who suggested, a little jokingly and a little seriously, to make  a demanding tour  ,  but with bikes other than the ones they  normally use to get out of the routine and do something fun.

“ Thus came the idea of making a trip on bicycles that do not have changes or suspension.  It started as a joke,  but on the way back the boys put together the poster and posted it on the networks. That's how it all started,”  Bianchotti told the media.

The initiative began to take shape  shortly before it came to fruition. The condition was to be  dressed as cyclists:  leggings, t-shirt, helmet and lenses. The idea transcended the group.  “ I took the car to fix the car to the Pipinos workshop and they were excited. So  they joined Don Pipino with 70, his son Guillermo with 37 and cousin Andrés with his son.  So there were  3 generations on the pedaling,”  he said. And as the saying goes “people are falling to the dance”, by little  they were adding more and more pedalers.

The already consolidated group  departed from Los Palmares  on beach bikes and the old ones with brake to rod,  passed through Estación Luxardo and continued to Colonia Marina.   The brother of  one of the organizers  went with a van and carried cameras, decks and two spare bikes,  to avoid bad times.

“ It came out spectacular. Nobody broke anything. Only in the last stage one got a rubber band punctured, but we didn't fix it: we directly switched for another bike that came in the van,”  said Bianchotti.

On the return, there was a roast of rigor to celebrate the occurrence.  “ It was very nice, we had a lot of fun. Other groups approached and there was  a very wide age range:  from boys 16 to 71 years,” he ended.

Because this is the Cordobeses, we encourage ourselves  to accept challenges constantly . And these men proved it.

Applause to the San Fracisqueños adventurers!