A missionary couple based in Buenos Aires decided to embark on a special journey with their son to the red earth. The 1,200 kilometers of adventure. 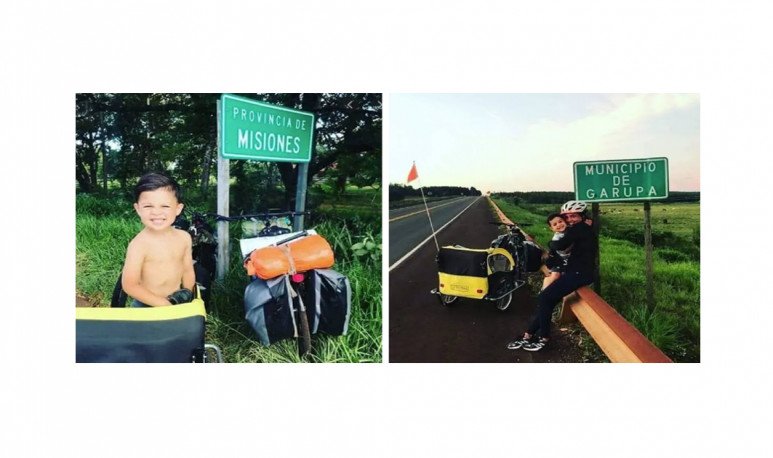 Kevin and Nerea lived six years ago in  the Buenos Aires town of San Fernando  , but their heart belongs to the red land  . Together  they devised a  trip   to take their little  4-year-old Thiago  to the city of Garupá, Misiones. To do this, they added to one of the rollers a cart in which the child was moved. The journey was long and left them countless experiences that they will never forget. Also, on their arrival they had an emotional welcome from their families.   Love  became a pedaling engine and the reward was magnificent . 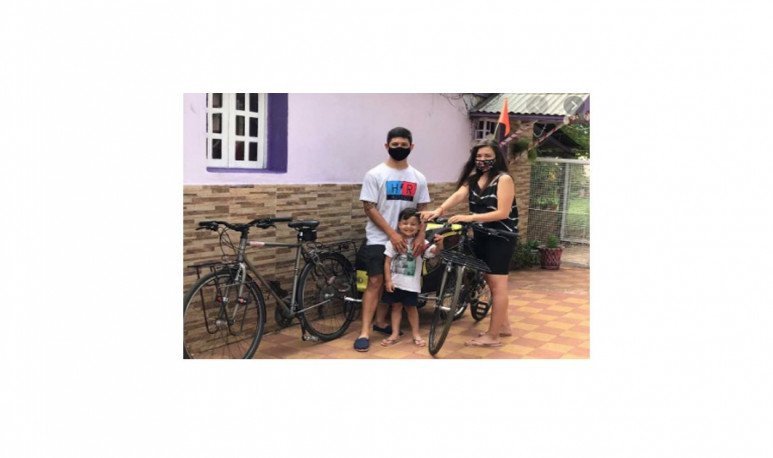 In dialogue with  El Territorio , Kevin reported that  the determination had been taken a year and a half ago. In this sense, he said that it  was a challenge for them to make such a  journey   without knowing how they should be handled so that everything went well. In view of this latter goal, the young man explained that they watched similar  adventure  videos to find out what was needed to make it happen. So little by little they were saving to buy what they needed, such as bicycles and the tailored trailer for the child. It should be noted that  Thiago even got to spend his birthday  on the route. His father remembered that he was joyfully celebrated next to a gas station, and with gifts and party details.

On the day to day of the trip to the red land, Kevin argued that they did not suffer any serious setbacks. Maybe some rubber punctured, but no more than that. At the same time, he said that they had to circumvent the weather changes the two storms that grabbed them in full pedaling.

As for breaks in the evening, he said that on the first day they slept under a bridge. While other times they did it on the side of the route or at gas stations. Although there were also people who lodged them in their homes. Luckily, everything came together so that the couple would spend it in the best way with their son. In fact, they noted how well he behaved and how comfortable he felt.

The warmth of stepping on the red earth

As he was alluding to the bike journey, the missionary said that  no one will be able to forget the twelve days they lived.   He defined it as  an incredible experience, in which many friends reaped  . However, he stressed that the most noteworthy was the way in which they managed to strengthen the family. It happens that both are young and having been able to realize the plan next to their son was unpayable.  Likewise, he emphasized how important it was to have the support of his relatives who live in the red land .

Eventually, Kevin indicated that  the bikes will be kept forever  because they were the companions of the long-awaited challenge. While he added that  love for their loved ones led them to encourage themselves to live new stories.   However, that affection was paid off with a warm welcome home, which included a sign that read “Welcome to Misiones.” Even, the two families gathered at their mother's house to wait for them with joy. As a final message, the young man remarked that we should never forget to enjoy. But even more, be certain that with faith all that one proposes can be accomplished.