Home People Stories of people To return to toc.ar us

A couple from Villa Giardino and a millionaire invention. We tell you the story of Toc.ar, an international triumph but Cordovan, in the middle of a pandemic. 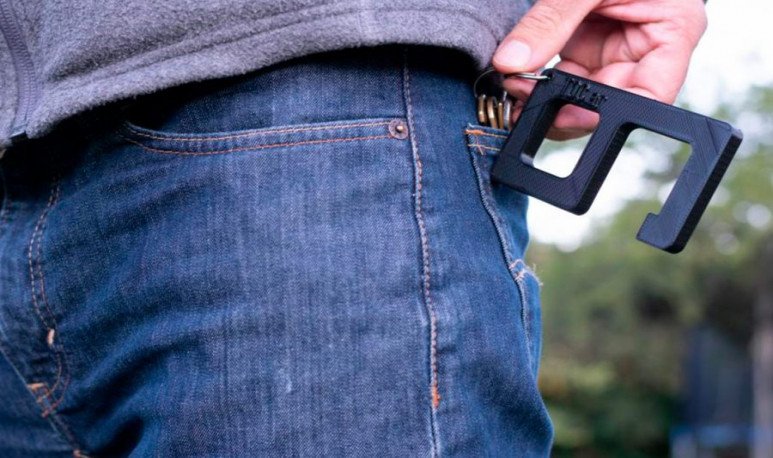 The blow that the pandemic is taking worldwide is very strong. In terms   economic, social and cultural rights.   We meet all   reviewing our customs   and transforming constituent elements of our identity. Like, for example, ways to share a mate. The pandemic shows us all   different realities.   On the one hand, privileged sectors that have all their basic rights covered, are set to   exploit your creative skills   , and invest their time on new projects. On the other hand, vulnerable sectors suffer from the pandemic in a terrifying way, as they do not have basic rights. Not even with the necessary inputs to be sanitized as appropriate. In the middle of this   uneven and unbridled chaos   that little by little is decongesting,   a winning project arises.   We have already talked, repeatedly, about   creative ability   and the ease of adaptation that we Argentines have. And above all, those who reside in Cordoba and breathe inventive. This is a case of these in which reinvent oneself and   look for him around   to the matter becomes a   imminent success.   It's the story of   Michael Lopez and Natalia Dyszel   that, taking into account the picture and analyzing the “new normal” with which we are going to live,   designed a unique product: toC.ar.   This artifact arises from   new needs   hygiene, protection and prevention that is disseminated in the campaigns   against COVID-19. 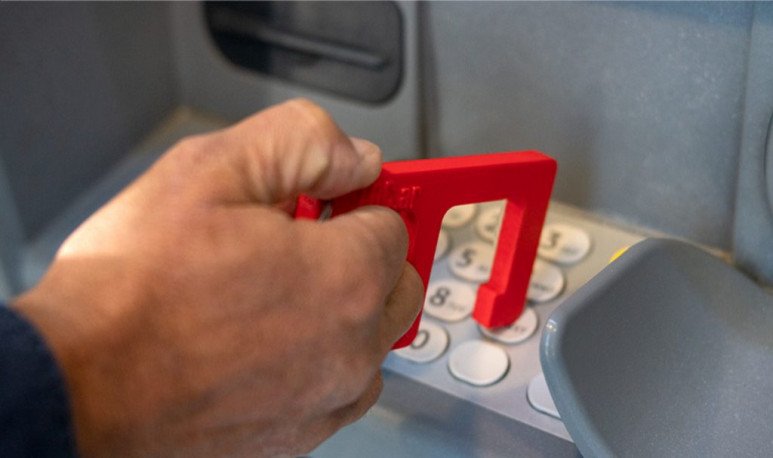 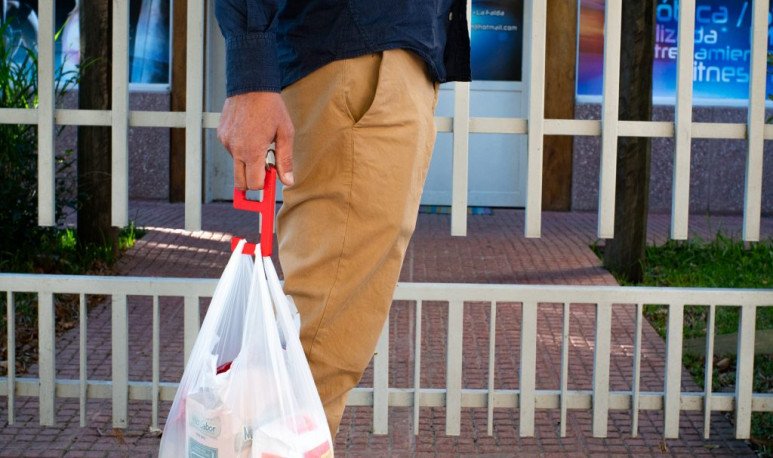 The history of inventors 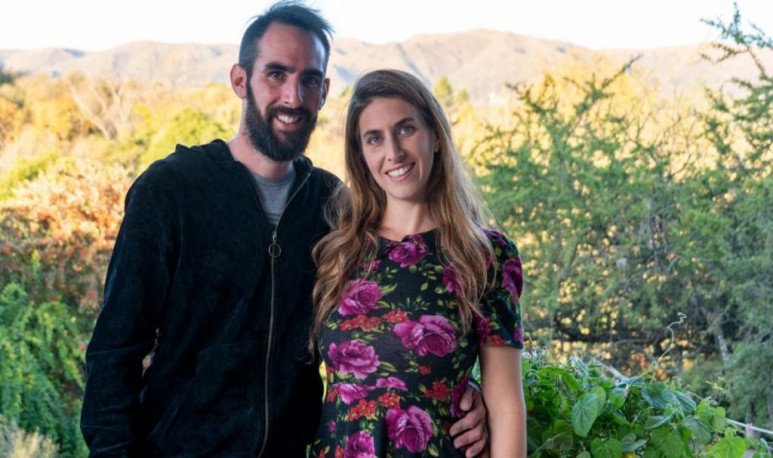 Michael and Natalia were born in Buenos Aires, but   chose Villa Giardino to live.   This joint project, which is a novelty, was developed in   full Cordovan province.   The couple is dedicated to   production of audiovisual advertising content,   so they have various skills that   were key.   They used their common sense, their ingenuity and the resources available.

The first impulse was in April, when they became aware that   change would be radical.   And it would go far beyond the quarantine. Little by little they were   skulling   the project and   creating prototypes.   In turn, improving it and thinking thousands of possibilities. Until it was carried out and corroborate that it would obviously be   a boom   . However,   the process was very fast   and, after a few days visualizing it,   they made it come true.

The name chosen was   toc.ar   and it is a simple artifact, but which, in pandemic contexts, could   become indispensable.   Michael says that toc.ar is a “tool”, because it is used for a certain purpose to   facilitate care processes   and hygiene. This tool is intended to make our hands touch the   as many surfaces as possible.   In that sense it is about   an add-on   for   biosafety measures   to which we are all adapting and holding on in this last time. The device is   simple and effective.   It's a   grip tool   who has a   one size and universal,   approximately the measurements of an Iphone 5.

Toc.ar allows   touching surfaces, holding objects and handling   in certain spaces   without direct contact   with external factors. The material from which it is manufactured is rigid, but at the same time ductile, since   can adapt to the circumstances,   like us. Allowing to move from the support function, to the grip and even the opener. With this invention you can   open doors without touching the handle, carrying the super bags and even traveling by collective without touching   the railing. With multiple functions and with the possibility of turning it into a keychain, to carry it   by hand,     Toc.ar becomes a novelty. 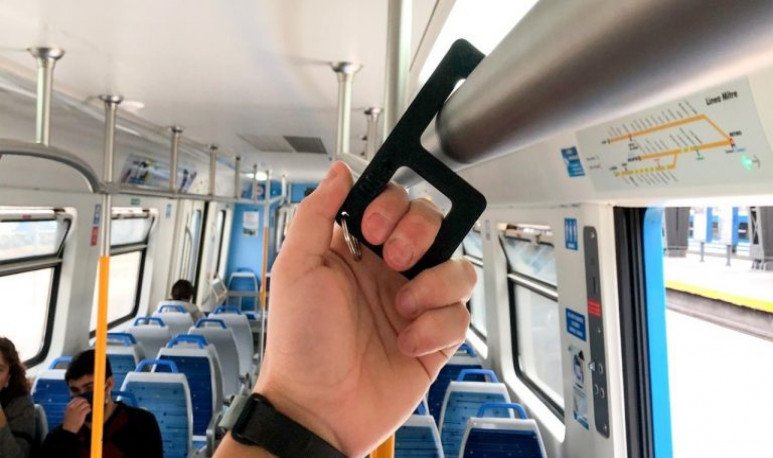 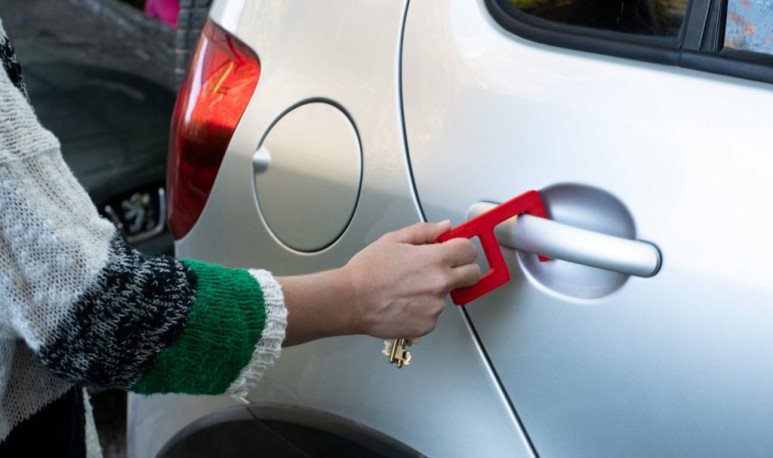 “It can be used as if it were a key ring and one of the functions that I like very much, is that it is designed for public transport, both to hold you from the railings of collective, train or subway, that's why we handle the same diameter because it has to fulfill that function”   , tells your inventor.

It is the first product of this style developed in Argentina that has scientific corroboration   . After patentation, production started at 100. Then they went on to produce in batches of 2 thousand. Currently, we talk about a   millionaire financial projection.   And even the investment of a multinational that would involve the manufacture of   60,000 devices.