Home People Stories of people To order! He is a retired doctor, but returned to fight COVID-19

Wilfredo is 68 years old and is a native of Salta. Since the government called for volunteer doctors, it has been dedicated to caring for people with coronavirus symptoms. 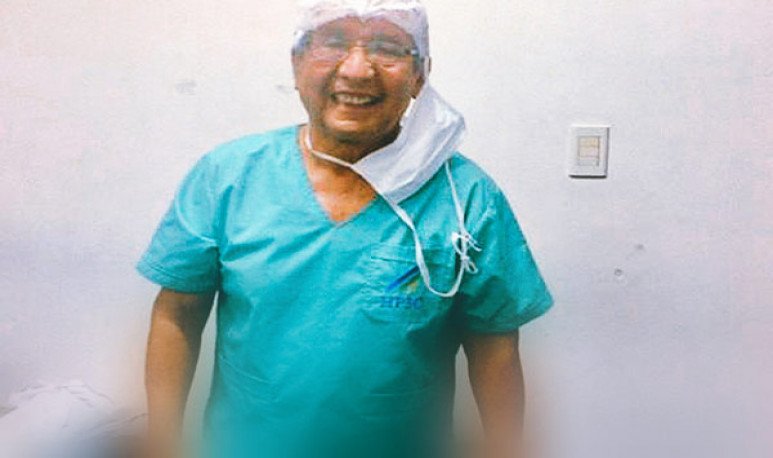 At 68 ,  Wilfredo Medrano  made an important decision: he wanted to contribute his  and he resumed his profession as a doctor to care for patients suffering from COVID-19 in the province of Salta, which is undergoing a serious epidemiological situation.

Wilfredo worked for 28 years as a pediatrician inside Salta and also served as hospital manager. Since 2018 he has been retired, but he has enough to receive the call from the government to return to one of the great passions of his life: medicine. And there is no greater proof of love for the profession than that of Wilfredo, who decided to  sympathize  with his colleagues and provide a help to the collapsed health system in the province of Saltén; a.

The doctor admitted to being happy about his return and acknowledged that he missed exercising very much. In addition, he confessed that he felt useful again and that his career is something he plans to do until the day when reason does not allow it. For this reason, since the coronavirus appeared, at the beginning of the year, it began to soak up the subject. As a specialist, you understand that you need to stay informed, so it  emphasizes the value that professionals can be those who advise  and not let people get carried away by assumptions or things that lack scientific sustenance.

Wilfredo feels that the time he had  to be retired could strengthen him, because together with a group of seven retired colleagues he is dedicated to discussing new discoveries, drugs, academic articles , everything that is related to Sars-Cov2.

The health professional, like other volunteer doctors, collaborates on a telephone basis, making consultations through the Zoom platform, WhatsApp, calls and tracking. People who fear having contracted the virus use this service that  makes it possible to decompress health centers , which were affected by the recent coronavirus peak in Salta. The retiree indicated that  this type of help is very useful, since it makes it possible to give indications or prescribe prescriptions preventing patients' symptoms from worsening.

Together we are more

During the month of September there were spikes of contagion in Salta. The  province's Ministry of Health  announced that the health system was on the verge of collapse, as happened in some provinces such as Jujuy. That is why the entity decided to call retired doctors so that they can attend on a telephone basis. Once the resolution was arranged,  there were many volunteers who came to the call.

Like Wilfredo they were moved to learn that the number of infected colleagues was on the rise. The Salteño doctor said  he felt they were helpless and that was why he joined the government initiative.  With this scenario, the retiree asked not to downplay the coronavirus, as he noted that there are sectors that do not take prevention measures seriously. He also emphasized the importance of sequels, a topic that is still under investigation, and that people often minimize.

Wilfredo is the visible face of all volunteers who are working day and night  for long hours to contribute their bit. This selfless commitment is a clear show of solidarity and dedication.A gesture that conveys hope and  contagies optimism  in difficult times.