Home People Stories of people To be a Mendoza, to be a harvester

To be a Mendoza, to be a harvester

We present you the figure of the harvester. We talked to two of them, who have dedicated their lives to harvesting grapes to make wine. 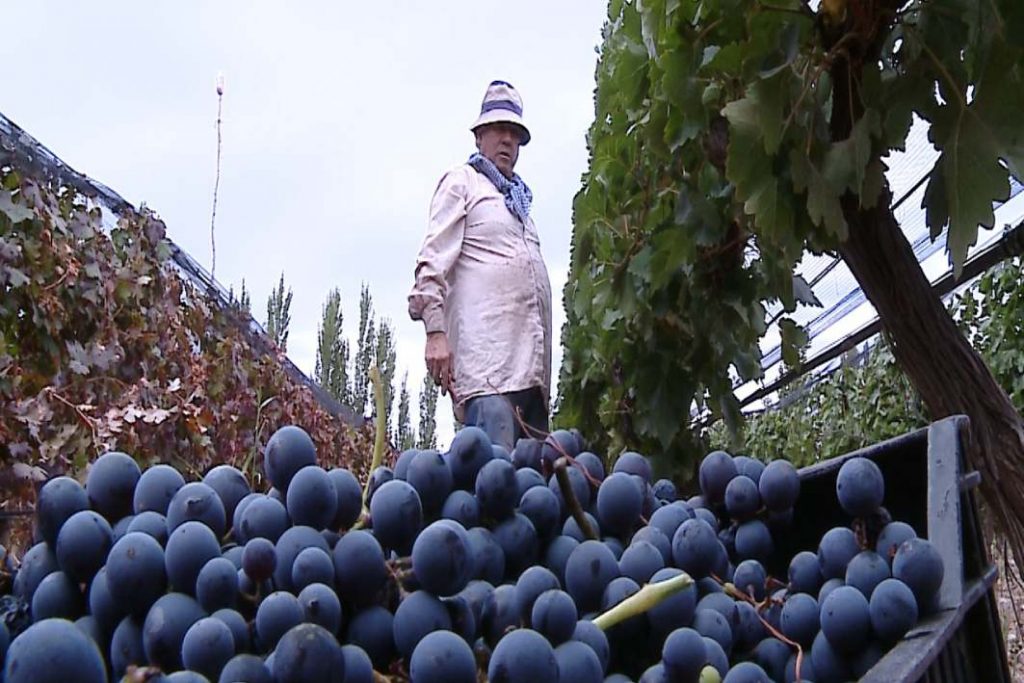 In Mendoza, we all have a friend or family, however far away, who once worked the vineyard. And when we say he worked the vineyard, we say he was a harvester. It is the economic activity that Mendoza was founded on. It has already been explained on this site that the colonizers brought thevines and found in our province the climate conducive to their development. That is why we say that the trade of harvesters is one of the oldest in our history .

“ Since I was a little boy I always worked in vineyard, since I was 7 years old. I'm 34 now, but there's no other, we have to keep working. It's what you like. It's something. Don't worry, you work in peace. There is not so much noise,” confesses José Pereira, harvester on a farm in San Martin.

“ We worked here from May until the harvest ends. There we rested a little, in April,” says Tito Romero, José's partner. “Years to one no longer let him work well. But there's a partner there who's young. He's going to follow him in my place. And then, some more, this is so, it's a chain. Working in the vineyard, in the Harvest, is very nice”.

The trade of the harvester has changed over the years. About that, Joseph recalls: “They say that used to be paid in coins. It was worth 25 cents a bucket and they gave you 25 cents . pennies. And at the end of the day, they'd exchange your coins for bills. Now is with token and, in some farms, it is with cards.”

Working the vineyard is complicated, especially because of the temperatures. Tito Romero repairs the subject and comments that “the harvest begins in February, there are the braviest heat. More or less, in the first days of March, there it refreshes a little. And in the last few days already It's warmer. But February and March are very brave. Mostly works from 7.30 to 11.30 and from 14 to 17.30, more than that you do not work, because of heat. At least.”

The Harvest Festival is sometimes highlighted only by the queens. This does not suit Pereira: “You seequeensand, most of all, do not know what it is to harvest or what is a vineyard or a vine . Before the queen was chosen in the vineyard, but now not. Studied girls are chosen. It would be good if they now recognize so many women who are engaged in pruning, tying and doing the same work that men do.”

“To be a master gardener is my vocation”

Catnapp: an Argentine in one of the hits of Netflix

Quarantine in a mobile home