Home People Stories of people They got their mouths on the boys.

A group of grandmothers from Luján de Cuyo took advantage of their free time and craft skills to make flaps and give them to school boys. 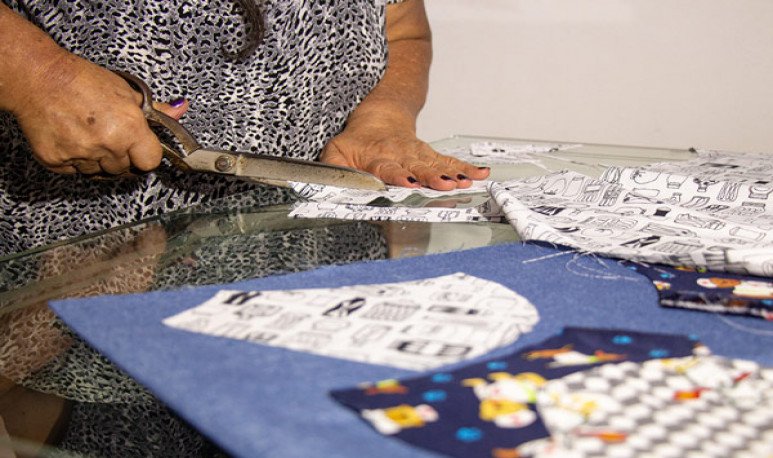 The pandemic generated free time, especially in retired people who, in themselves, had few activities on their agenda. But  the theme is to define what we use those hours of leisure for . While many focus on personal issues, others, a little more generous, think of others, that is the case of the grandmothers of the Center for Retirees del Corazón, which exists in  Luján de Cuyo, which is agreed on the boys from marginal urban schools.

A number of factors were combined to make this happen.  On the one hand, free time. On the other hand, the unmet needs generated and increased by the pandemic . A lot of people were extremely needy. Some were able to solve the problem on their own, but others needed the help of others, those who have  free time .

A large group of grandmothers made barbijos and donated them to a school, with the help of the Department's Women's Commission. From this space, they highlighted the enthusiasm and desire of grandmothers to make and work on each of the caps, with the sole objective of helping the boys in this pandemic.  The schools benefited are Letri, from Carrodilla Este: Baldini, from Ugarteche; and El Remanzo, from   El Carrizal  .”

Solidarity and help towards others are not new gestures in Luján.  The Women's Commission has been working on social action for years. For the end of the year festivals they gather merchandise to distribute in picnic areas, to which many people are equally sympathetic.   Also, in some cases, floods are issues that have to be addressed. In the face of these adversities, there are also solidarity hands that give without waiting for anything.

Thanks to the large number of women participating, commissions had been formed. Each one takes care of a specific topic in donations, thinking about returning to school. Commissions are divided by topics:  painting, school supplies, gel alcohol and fislets . The fact is that, often, the state falls short, due to lack of budget or unwillingness, with interventions and refurbishments in  schools . Therefore, the boys are eternally grateful for the work of these women because, if not for them, they would be in school in subhuman conditions.

Many people work in the Women's Commission who came from helping in other organizations. Some did it in  Niños Sin Frío, where they were in charge of gathering coats and caloric breakfasts during the winter. The idea is to add more people,  not necessarily women, to this cause. And so we can help and rescue, every time, more children.

In Mendoza, as in the rest of the country, there are many retirement centers. But here, many are engaged in helping others. Many get early retirement from their own biological clock, so they still have many forces and energies to deliver to those who need it most.