It could be the title of a fantasy tale. A young mountaineer saved the life of a French aviator, many years ago, in the Laguna del Diamante. 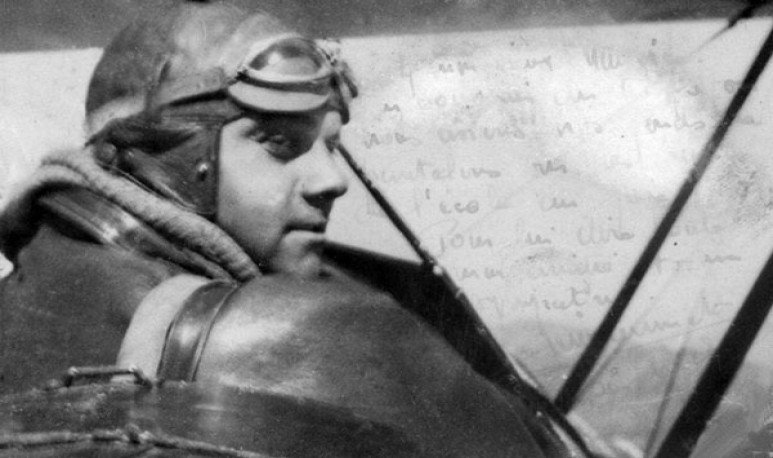 Year 1930 . Cold winter in the  Andes Mountains . More precisely, in Laguna del Diamante, San Carlos, Mendoza.  That was the time and place of a feat left for the story.   A plane crash left a French aviator delivered to the winds of bones, snow and lack of food. But fate wanted a 14-year-old to take a walk in his direction, finding him and saving his life.  The young man became a hero. Even the French president took him to his country to decorate him for what he had done. Today, we rescued his story.

The  Cerro Negro post  was located on the shores of the  Laguna , with the Maipo volcano testifying to everything that would come. In that position  lived the Garcia family, the marriage and their children. On June 19, 1930, the mother asked for something from her son, Juan Garcia.  He would walk in the same direction that his father had left days ago, so he could find him and help him return home, with the guanacos he should have hunted.

The  14-year-old  grew warm to his teeth and made his way where he had been instructed.  He went a couple of miles, a few hours. Until, suddenly, the silhouette of a person emerged in the darkness of the intense mountain . Wet and ragged clothes. The  28-year-old man  was walking with serious difficulties and his face was injured by a heavy blow or accident. By the type of dress, John could recognize him, as he approached, as a plane pilot.  He immediately went to meet him, helping him walk , returning home. The language became universal. It is that the need for survival, an accident and the desire to live can be expressed with a couple of gestures, without opening your mouth. Hours later, the French aviator received a plate of food, tempered his body and told his story...

Henri Guillaumet  was a French aviator who had crossed the Cordillera at Mendoza on several occasions. On that occasion,  he was to fly from Chile to Mendoza on board the Poetz 25 plane  to deliver, in the department of Las Heras, the mail bags that had been shipped in Europe. However, a temp ruined everything.

Guilamet saw that the atmospheric situation was complicated. However,  with all his experience, he thought he was fit to take off and cross the red zone. But he was wrong. This storm was stronger than anyone who could have lived . Thus, nature stopped him, placing him in a snow cluster, in the middle of the mountain. The French airman was locked in the cabin of the plane, surrounded by white. With movements worthy of contortionist he managed to go out in the open. But he wasn't the same anymore. Neither from the psychological, having gone through an  accident  of that magnitude, nor from the physical. The accident left him with serious injuries to his face and legs.

He took some supplies, food, brandy, and started walking to where his instinct led him.  After 7 days, with the elements of survival exhausted, he saw the silhouette of a young gaucho appear: it was Juan García, who offered him a toast and two cups of goat's milk at home.

For rescuing the French aviator, Juan Gualberto García was distinguished by the French Government. Many knew him publicly and learned about his history only in  2001 , when then French President Jacques Chirac awarded him the Legion of Honor on behalf of the French Government and people, and even granted him a pension.  71 years had passed since Guillaumet's rescue, Juan was 85 years old and was another craftsman in our Plaza Independencia. He offered belts, matte and knives, of which one gave it to the French president.  He flew to Paris and participated in the ceremony, wearing gauchesque garments, like the day of the miracle.