Jairo was one of the first entrerrians to receive the coronavirus vaccine that arrived in Argentina. What it meant to him. 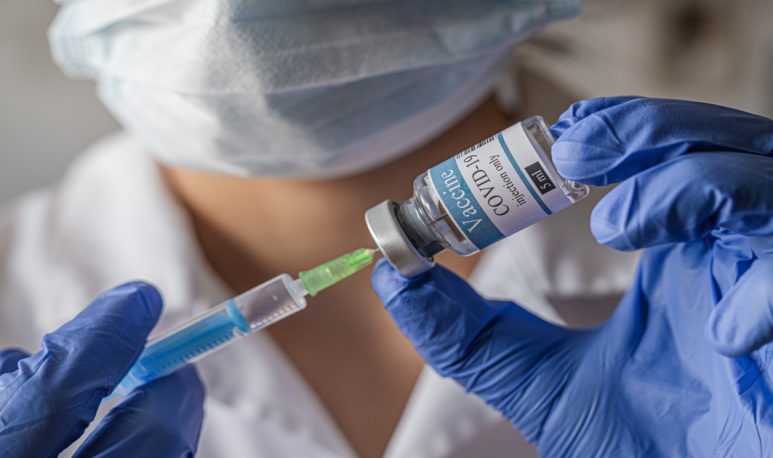 The end of the year brought relief, at least figuratively, longed for.  The first doses of the Sputnik V vaccine arrived in the country and began to be applied two days before the end of December . The   pandemic   that shook the world  slowly begins to be resisted  with advances in science. In the middle, millions of lives were lost, the economy slowed down and uncertainty took over the scene. The invisible war left indisputable  heroes  at the front -  the health personnel  . And  Jairo  is one of them, serving as a  nurse  at  San Martín de Paraná Hospital  . But he was also one of those who  encouraged himself to be  inoculated  to continue to set the example to society .

The worker  contracted the virus  while carrying out his tasks in the Covid Area of the  nosocomio .  Still, he decided to apply the vaccine in order to urge more people to encourage them to do so . Anyway, let us remember that it still needs to be accessible to the rest of the citizens. This batch consisted of 300,000 units and was only intended for health teams spread throughout Argentina.  However, its availability contains a symbolic charge that glimpses a more hopeful horizon than the one experienced in 2020 . In this sense, the young man told Elonce TV what this fact implies on a personal and social level.

Jairo recalled that it has been more than nine months since we have been going through the pandemic. And he said that  the initial task of resisting as a nurse ended up becoming a challenge to contribute to history . Thus, the way to add his grain of sand was voluntarily scored to apply the vaccine and make it concrete.  In his testimony, he argued that he carried out it so that he could continue in the fight and remove doubts from those who were mistrustful . He also reported that after vaccination he was given indications about the possible symptoms he could present. In addition, he clarified that it is in perfect condition and that it can make normal life.

The entrerriano said that when he got COVID-19 he had to isolate himself for 20 days at home and with some discomfort. Although this was not a serious picture, he clarified that he would not wish anyone.  That is why he called for the reflection of society to become aware of the vaccine . He also defined it as necessary, and stressed that the purpose of its creation is that we can move forward. While he did not fail to mention the pain that health personnel are going through the loss of coworkers.

Finally, Jairo said that  the pandemic claimed and showed the importance that nurses' profession maintains . Many times left aside and subjected to terrible conditions. As a deepening, he stressed the commitment and assured that from his field they will continue at the foot of the canyon with assistance. Added to this, he considered that the vaccination campaign could mean in the future that the coronavirus will start to loosen a little. And he concluded with laughter that  the puncture of the syringe does not hurt . While there is no definitive cure to the disease,  the remedy is already among us .