Home People Stories of people The sword that was never sheathed

Marisel knew how to be a South American fencing champion. Today, retired, he remains active teaching the technique of saber, sword and foil. 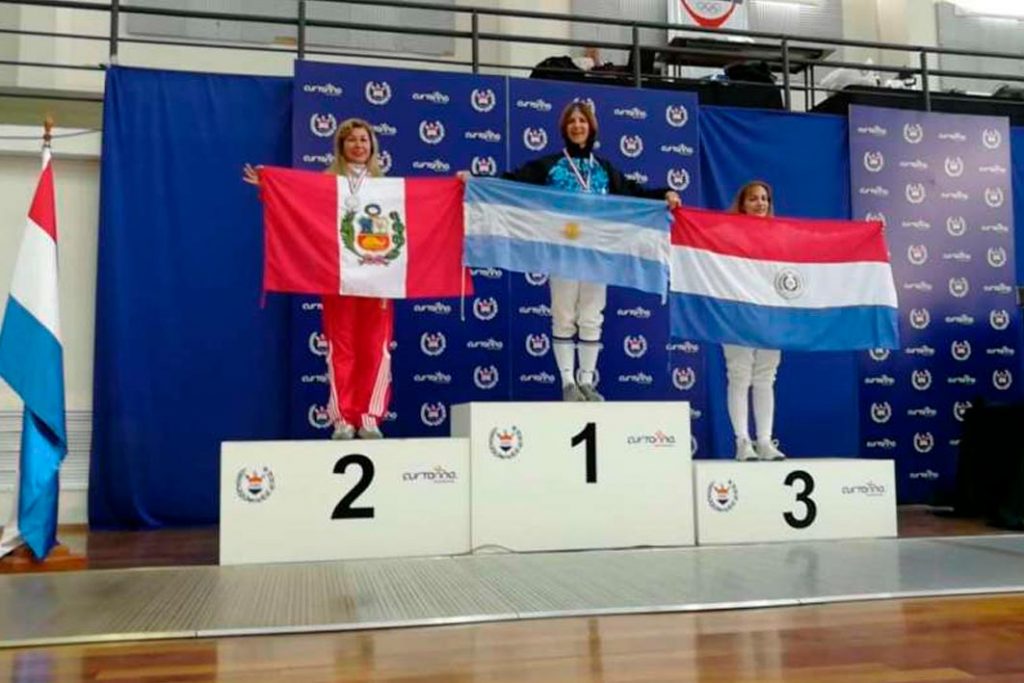 Marisel Puga is 57 years old and is part of a small family, together with his son Joaquín and his partner, Martín. For more than 30 years she has been a professor of Physical Education and is dedicated to education at the National University of Cuyo and at the Patricias Mendocinas school. However, before that, during and after, Marisel has been engaged in fencing. The sport of sword, saber and foil have marked his life forever. Convinced that she was born for this, the woman trusts to practice fencing until her body allows her to do so.

He started competing at the age of 13. Already at the age of 15 he achieved his first local coronations . At that time, men were trained, since fencing was not a popular sport among women. But, beyond its showcases, the best fencer in the Mendocine history ensures that its top achievements are those of his own students, such as Carla and Andrés Damico and Jesús Lugones (from Argentina Selection and was sixth in the world rankings), who handle the sword as few in Argentina.

Another achievement for Marisel is to make the sport grow in Mendoza. In this case, the woman remarked that many times, accompanying their fencers, teachers take out out of their own pocket so that they don't run out of competition.

It's definitely a new case. Those amateur sportsmen. Of little-known sports, but which, as often happens, have many trophies in their showcases. Perhaps more than the most popular disciplines. That is why Marisel Puga's work is remarkable. Who, already consecrated in sport, being a South American Champion, and consecrated in life, with family and a job like teaching, does not get tired and continues to work to make the activity that so passionate about her.