Elisa is 85 years old and is a runner. His life story inspired a film that was released recently. 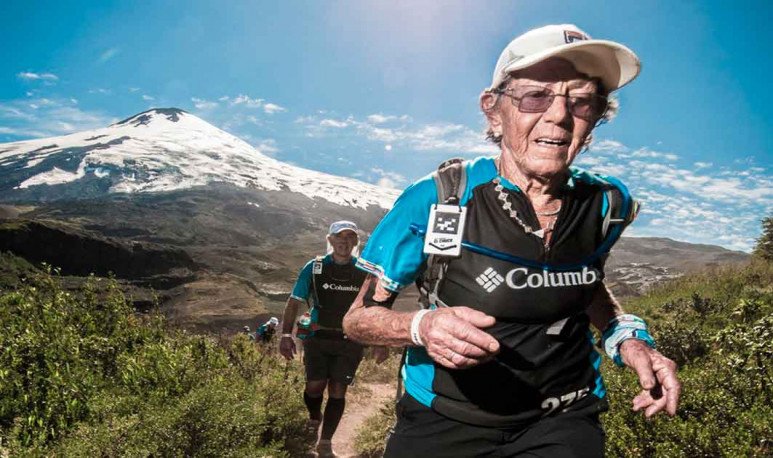 If anyone asks me how I'd like to be at my 80s, I'd say  I'd like to be like Elisa.Living  old age  as one more stage of life, not as a burden or as a lament .  Living the present, from now to the last of my days. Enjoy every moment and every instance with what comes, and get the most out of it.

Elisa Forti is 85 years old, 5 children, 11 grandchildren and 5 great-grandchildren.And he's a runner .  Oh, yeah. Elisa has traveled different parts of the world running marathons. He participated in more than 50 races in the United Kingdom, Rio de Janeiro, Italy, Ushuaia, San Luis, Jujuy, Salta and several times participated in the crossing of the Andes.  His life story is so inspiring that he already has a book and a film based on his experience.And it's not for less: meeting Elisa makes us see that there is another way to live our lives .

Throughout her life, this supergrandmother always had a connection with sports activity. However,  only at the age of 72 he began to practice  running  . Thanks to it, he met many places and many people, several of whom were interested in his life. One of them was Sol Navarro, the wife of a doctor he met at the cross of the  Andes , who wrote the book  I choose to live  inspired by Elisa.

Today Elisa lives in Vicente López, in the north of Buenos Aires. But its origins date back to  Como, a city located well in the north of  Italy  . Elisa grew up there and went through World War II.  And he had a dream: to go back to his native place and run there. One day, he told a stranger who approached him while he was training in the woods of Palermo .  He helped her to realize that longing and there went the grandmother, to run through the beautiful landscapes of Como, accompanied by some of her children and grandchildren.

Another stranger was the one who recorded all that experience. Training in Vicente López, he met who would later be the director  of   Como corre Elisa  , a documentary about his life.He was interested in making a film about his experience and, within a few months, he started his career in Como .  Then, the director decided to accompany her with all her film crew. Thus,  they recorded from the race to their encounters with relatives and acquaintances whom they had not seen for decades.

The result was this film that, due to the pandemic, will be screened online. The film was written and directed by Gustavo Gersberg and Andrés Arbit. The executive production was handled by Damián Fain, Florencia Franco and Willy De Rose.  Tickets can be purchased on their  Instagram  and Facebook profiles.

As she runs, Elisa   tells the life of Elisa Forti, who at the age of 82 is about to run the career of her life: 25 kilometres through her hometown in northern Italy, near Lake Como; while she travels with her family through the places where she spent her childhood, she runs alongside two of her grandchildren a demanding career for nature. Elisa demonstrates through pure action that age is what you feel in the heart, not what the document says.

How runs Elisa  is an inspiring film, like her.

Third age, old age, old age - all those words have a negative connotation. Elisa shows us that things can be different, if we encourage us to change our gaze.