The minor suffers from a genetic condition that affects only 150 people worldwide. His parents created a foundation to help others. 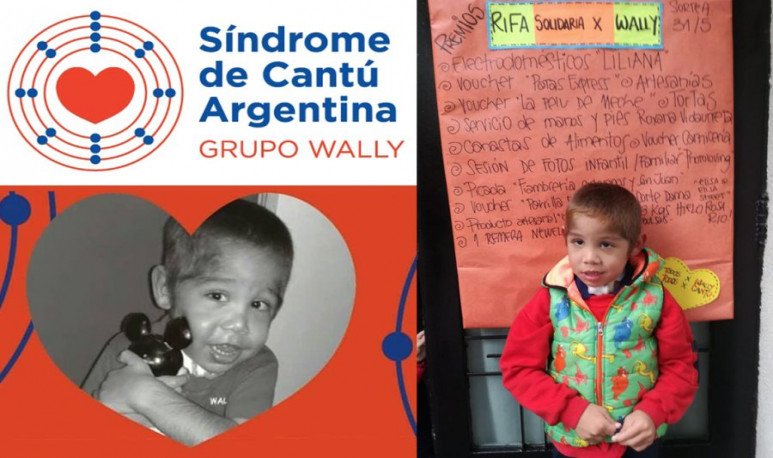 When Wally David was four months old in early 2015, doctors at the Sanatorio del Niño in Rosario told his parents, Ingrid and Gustavo, that their son suffered from the strange Cantú syndrome, which at that time affected only 50 people worldwide. The immediate reaction was of astonishment, disbelief, paralysis... “What is that?”

This is a rare genetic condition caused in your case by a mutation in the ABCC9 gene. Until then, he had no record in Argentina.

As detailed by the Facebook account " Knowing Wally, “this syndrome is associated with multiple congenital anomalies. This includes overgrowth of body and head, increased body hair, cardiovascular abnormalities and developmental delays, among other issues.

His early diagnosis and the containment of his family and doctors allowed him to lead a normal life. Wally goes to the garden with a therapeutic companion, plays with his friends and enjoys his brothers, Agustina (17) and Santiago (5).

Although he suffers from a speech delay, this does not prevent him from communicating. “Children with Cantu syndrome usually begin to articulate their first words after the age of four. But not having the speech, he is attentive to the environment and has a very developed ear, it is very expressive,” says his mother. He adds: “With his companions they understand without speaking, because until recently no one spoke. Everything was natural.”

Mom says that, in order to relate to the family and express their needs, Wally has a communicator, a notebook specially prepared to indicate what she wants.

Of course, your treatment requires you to travel frequently to the United States. Wally is currently part of the protocol group of patients who are studied at the University of Washington Medical Center based in Saint Louis, Missouri.

“ With a view to finding a medication that helps and improves the quality of life of patients with Cantu is that Wally has to travel annually to Saint Louis. That's our goal. This goal is getting closer and closer. This medication will be tested on six patients in a short time, and on that result Wally's quality of life will depend.”

motivated Ingrid and Gustavo to create the Fundación Síndo de Cantú Argentina (FusCA), which still awaits legal personality. “We seek to be able to spread it and help all people who have the same syndrome,” says Ingrid.

“ There are many more cases that are not recorded,” he completed. Currently, there are 150 people detected with Cantú in the world.