Home People Stories of people The story of a resilient Cordovan

We tell you the story of Daniel Porcel, a Cordovan from San Francisco who knows how to reinvent himself and overcome the obstacles that life presents him 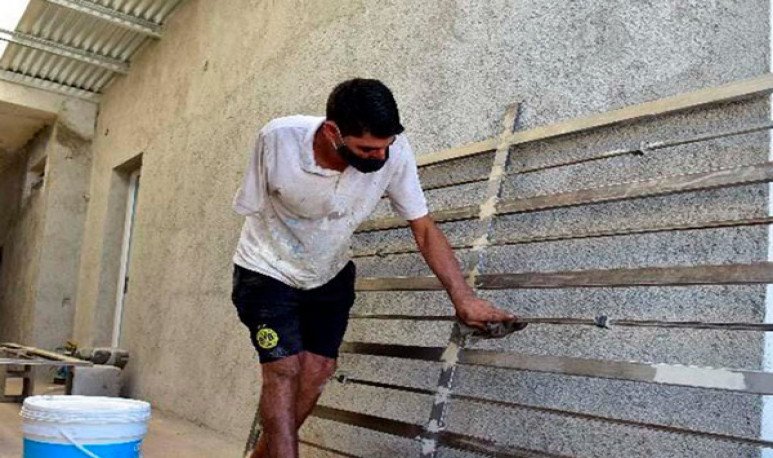 If there is something we can highlight about  the Cordovan personality is creativity and resilience.   Daniel Porcel's life is a clear example and exponent of these characteristics. He lost his arm in an accident and today  works as a home painter in San Francisco.  This man is 39 years old and is the father of three children and does not allow himself to be stopped by any adversity. Always with strength, desire and initiative, struggles to meet the basic needs of him and his family.

An example of resilience

At the edge of 40,  Daniel Porcel looks at his life in perspective  and argues that  he “wants to live and work.”   In 2006 he lost his arm in a  workplace accident in a weed factory  where he worked, but far from sinking by this fact, he managed to reverse that painful moment of his life. His life is consolidated as an  example of resilience, strength and motivation  for those who go through hard times. Along with such stories, it is always valid to clarify that  self-improvement and job search “in spite of everything” should not be a compulsory step for people.  If not an election, in which  the economic and social context accompanies.   Since it is very important to emphasize that every life story is a world, and to build a just society,  we must guarantee basic rights without the need for supernatural efforts.  In no family, in any context, and in no way, should the most basic rights be lacking: a dish of food, access to education or decent housing.

On March 20, 2006, at 18.15, Daniel's life changed forever.  About 15 minutes before taking your break, the packer began to leave broken or failed packages. Daniel recalls everything in detail:  “Since the yerba was mixed, I ran the lid of a conveyor screw because he took a bag and did not want me to do the process of processing the herbs again. I managed to take it out, but again  he hooked my bag and felt like he swallowed my arm,  took it completely.”  His strength allows him  to remember with pain, but without breaking.    “ In a few seconds I didn't have my arm anymore because the machine swallowed.  It looked like a war film, horror and the worst thing is that he was alone,”   he continued. He did not lose consciousness, ran out of the factory and sought the help of his companions. Quickly, coping him with horror, he was attended with an improvised tourniquet. The ambulance was slow and  one of his colleagues approached him to the clinic in his private car.

Daniel remembered every moment until he arrived at the Enrique J Carra Specialty Clinic where doctors took him to surgery.   “ I remember the anesthetist told me that everything was going to be okay.   I got the anesthesia and I fell asleep    .   When I woke up, I had the sheets that covered me up to my shoulders. At that point I wondered what I was doing boarding school, and I remembered. In fact, I knew I was moving my right arm, but when I uncovered I saw that I didn't have it anymore. 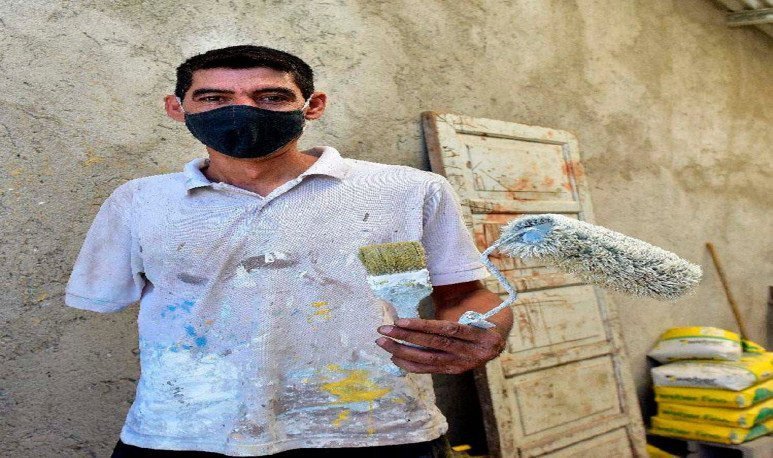 Despite his hard life history , Daniel currently works as a house painter in the city of San Francisco.   He is the father of three children  and in the absence of stable employment, he earns bread with that craft. This Cordovan  is the father of Luana (14), Morena (12) and Agustín (9).   All the effort to get ahead does it for them.  “ I would like to finish the house to receive my children because I am lacking many things, nor do I have a fridge. When I had the accident at work, I paid compensation, but the money didn't reach me so I could build the kids' rooms.  I want to give them the best,”   the man told the local media, when he had a chance.

He always liked painting, but he had never proposed it as a workout before his accident in 2006.  “ When the accident occurred to me, I  took hatred at work, I was afraid, I was afraid. A mixture of everything . At the factory where I worked, they offered me an administrative position or move to Misiones where the company has the yerba mills, but I couldn't do anything. I was getting 70% of the salary and with that I was trying to survive, but it was always complicated.  Today painting is my way out of work,”   he exposes.

Daniel didn't have an easy life.  He was raised by his mother alone and by his grandmother. And he just met his parent at the age of 30. Maybe that's why starting a family was one of his most desired goals, and as a father  he strives every day to give his three children the best.  In an ideal world, his supernatural effort would not be necessary,  because his family's basic rights would be guaranteed.   But reality is far from being a fairy tale for many.

We help each other

Although with mutual help and collective support, reality is getting a little closer  to a world of fantasies.  The argentinity al palo is not only vividness or advantage, it is also knowing that  there is always someone to help.   Therefore, it is necessary to spread these stories of life and to sow solidarity to form networks  from empathy and collaboration.   To hire Daniel and provide help, interested persons can call you at  (03564) 15207831.