Home People Stories of people The pianist from Malvinas

We tell you the story of one of the fallen who gathered and spread courage with the stanzas of the Argentine anthem, giving strength to his war comrades not to surrender even defeated. 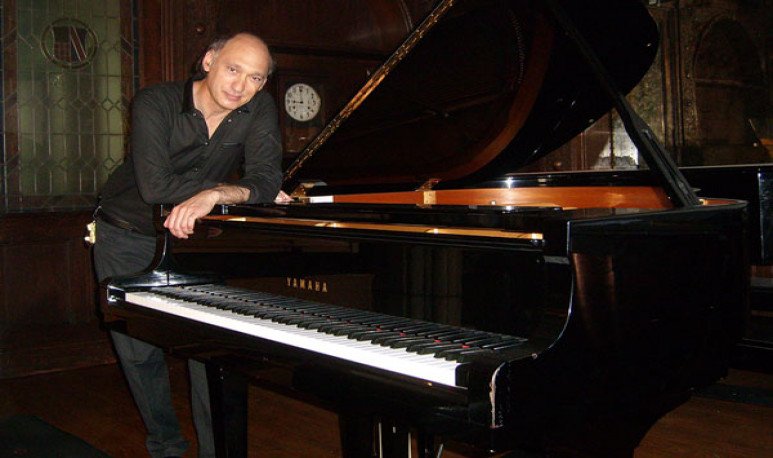 On this homeland date,  in which we commemorate  the exploits of young people who sacrificed their souls and lives for a lost war , we remember noble episodes that are not will never erase from our memory. In this note we tell you  the story of the pianist from Malvinas who, prisoner of the English, executed the Argentine national anthem  to infuse courage to his companions.

Sun Key: Beginning of a Story

It is the story of Sergio Ariel Vainroj, who  at the age of 14 entered the Alberto Ginastera Conservatory of Music in Morón , where he went to study piano with master Néstor Zulueta. Since his entry into the institution he did not take off  from his faithful companion of life : the piano. While playing every key, I dreamed of  being a professional pianist and organist and living on music . But he never imagined his music would give rhythm and color to  a unique moment of a bloody war.

Vainroj had joined military service in 1981  and would serve it in Infantry Regiment 3, which then had its barracks in La Tablada. His attempts  to approach the Regiment band  failed, but  their essence was always composed of scores and musical notes.  For the time, he was appointed as a pointer of FAP in the C “Ituzaingó” Company.

On the day when the war broke out, Vainroj learned about the situation when he was already  landing in the Falkland Islands.   There, he joined the Logistics Group of the Regiment, within the Comando y Servicios Company.  On the islands, he was always  in Puerto Argentino, but going through different points. The young soldier had accidentally carried a recorder, which he had since he had been incorporated into the platoon. That little  musical instrument would set limit moments of his life and that of his companions.

With her,  Vainroj took care of bringing music to the islands and frightening fear and driving away loneliness.  When he could, he played the flute or wrote on pentagramadas sheets different melodies of renowned composers. Something he was doing sneaking, as no hobbies or distractions were allowed that did not have to do  with war or strategy .

To the great Argentine people, health

Once the war ended, the picture was more than daunting.   The final bloody battles had left the combat camps  covered with bodies full of blood  . On June 14, 1982, General Mario Benjamin Menéndez signed the capitulation to General Jeremy Moore, commander of the British forces. The war had come, finally! , to an end.

The return by boat

Vainroj was one of the 200 Argentines  who were located in the Salon “Meridian”   of Canberra  .   In the midst of the silence of defeat and the mixture of emotions, there was a challenge. One of his companions warned that there was a piano  in the room of the boat  and, among all, they began to encourage the musician to play some song. Common sense prevented Sergio Ariel from making the decision freely:  an Argentine prisoner on an English boat, wanting to appropriate a unique instrument for a few minutes . The account wasn't closing. 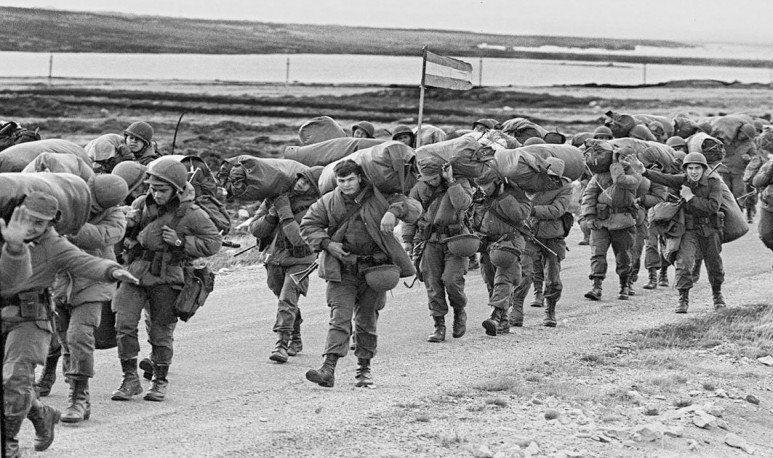 One that we all know

Argentines quietly surrounded the inveterate pianist  and the Marines of the Royal Army smiled and even were pleased. Sergio Ariel played Bach's melodies , “ Goodbye Nonino” and even “Let it be” by Los Beatles. Until his partner and friend Claudio Szpin prompted him: “Touch the Hymn! “, and others continued to insist on the order. When Sergio  began to execute the introduction  of the homeland song,  an Argentine officer shouted: “ Soldiers, stand up, don't you listen to the anthem? “.  As if they were one man, the 200 stopped.    “ The English didn't understand what was happening, and we didn't know if they had recognized the Hymn,” Vainroj once told the media.

The punishment of having courage

The overall climate of the ship changed. The British felt threatened and began to cry out:  “Sit down, sit down! “.  They called reinforcements that came from different corridors of the ship to control the situation.  They distributed  all ex-combatants  in various cabins  as punishment. And from that moment on, they were  only allowed to go out once a day for a walk on deck  until they reached Puerto Madryn.

39 years later, the notes of the hymn continue to sound on Vainroj's fingers and  musicalize the memory of the brave veterans of Falkland.