Thanks to a man and a photo, the façade of the Historic House of Tucumán today can retain its original appearance. We tell you the story. 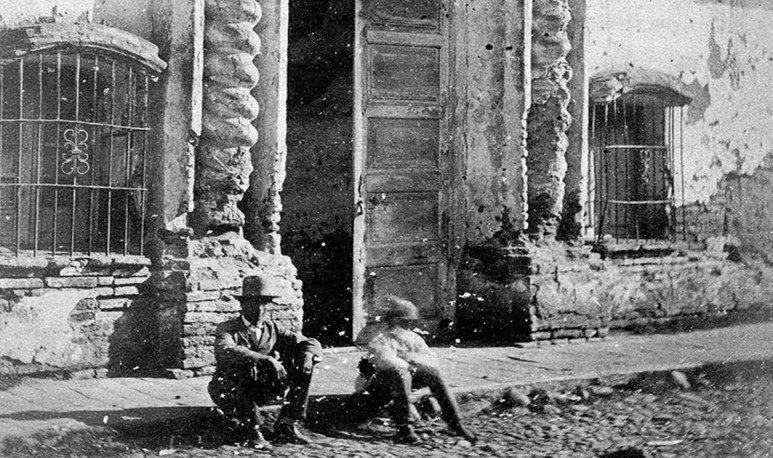 Ángel Paganelli was a photographer and passionate about this art that took place in Tucumán. For these things of fate he made, without realizing it, one of the greatest contributions regarding the heritage of Argentina: he saved the Historic House.

It was 1869 and, on a tour of the central part of the city, he arranged his heavy camera and took a picture of one of his sons next to the driver of a car. In the photo not only appear your child and the driver sitting on the sidewalk. A house stands behind, and that photo is the only one in the original house where the country's independence had been declared more than 50 years ago.

Surely, Ángel did not imagine that this image, of what could have been an occasional walk, ended up being the key to the architect Mario José Buschiazzo being able to rebuild, a century later, the original façade.

The original house, due to its deterioration, was completely demolished, and only the protected Hall of the Jura was left standing. This happened in 1904 and there was no trace left, except the memory of those who saw it.

However, years later, when the architect Buschiazzo — who was also in charge of the enhancement of the Cabildo of Salta and Buenos Aires— proposed in 1942 to begin the reconstruction, he used that photo. He had to calculate at what distance and height it had been taken in order to have more accurate references. Thus, after a few years, it was declared a National Historical Monument.

Located in the heart of the city, knowing the Historic House is a must-seefor all those who arrive in the province of Tucumán. Your admission is free and the tour includes seeing historical pieces of the time, the famous hall and the courtyards with samples and projections that recreate what those years were like. There, where in 1816 we decided and claimed to be free.