Tao Gamboa is a young Paranaense who never imagined he would someday save two lives in the Córdoba fires. 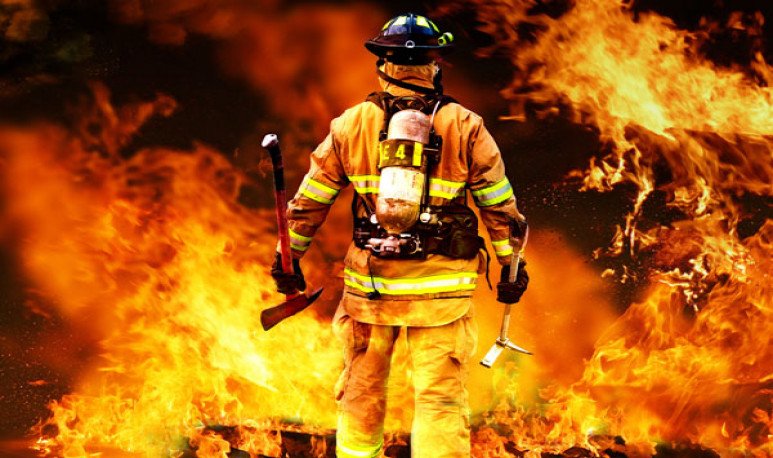 Tao is only 18 years old  and is native to the city of Paraná,  Entre Ríos . However, two months ago he put together his suitcases and headed towards the province of  Córdoba . His greatest  motivation  was the desire to belong to the Argentine Army and that in the capital entrerriana there were no vacancies available. Therefore,  he settled on Cordovan lands  because there if he had a chance to enter. From there, the corresponding checkups and papers were made to begin to be part. However, the  health crisis  in the country resulting from  COVID-19   caused the process to be delayed  . It was so that  he began to participate as a seeker , with all his  energy put into it.

On their social networks you can see photographs and  stories  where you proudly record the work you are doing. Asked  why he wants to devote himself  to this, his answer is forceful.  “ My whole family always belonged to the Forces. My mom is a penitentiary, and both my uncle and my godfather were aviators. I just follow that path,”  he said with a safe tone. In fact, he is carrying out all his activities with his cousin, Marcelo Gamboa. Both attend fire outbreaks and work side by side to provide the necessary help. 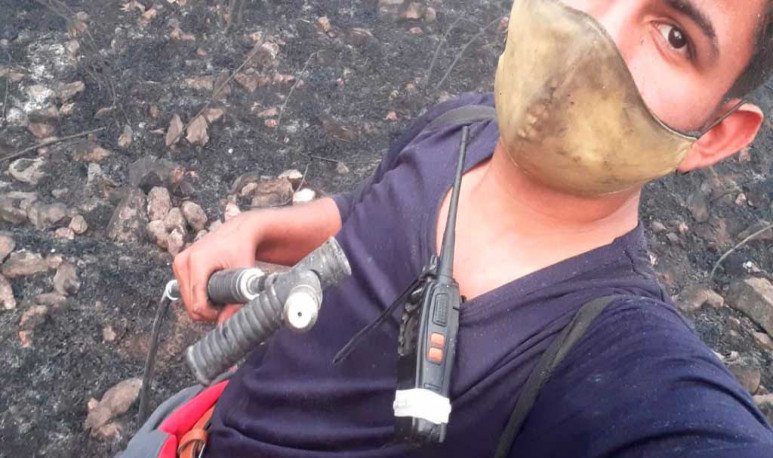 A sip of fresh air in the storm

Probably the young man hasn't imagined having to do so much at his young age . Currently, it is residing in the town of  Santa María de  Punilla  , where  fires of great magnitude have been spreading .  “ Firefighters did not supply, since they were trying to contain the situation 11 days ago,” he admitted alluding to the tragic phenomenon. So he decided to go help by observing what happened in the place.

Under this line, he showed up at the barracks and informed him that they had already withdrawn urgently. Then, he left for another town called  Bialet Massé , where an endowment was coming out that included him with Marcelo. There they were given masks, water backpacks and all the necessary elements of protection that the context requires. They were working without braking until ten at night. But everything  went out of control  in the  San Roque  area, which forced them to move.

The picture was bleak. The fire was advancing violently, there was a lot of smoke and you could not breathe . In the middle of  the house searches , Tao entered one where  two grandparents were trapped . They lacked the air and they were stirred. Without hesitation, he called for  handy  his cousin who was with the Bialet Massé Division and together they managed to get them out. Once safe, these were taken care of by a Civil Defense ambulance at the foot of the mountain range.

First is the neighbor

The young man did not have contact with the elderly couple again since what happened . And he clarified that they had  to rescue many other people  in the operatives.  Most of them older adults . In this regard, he recalled with pain:  “I had to attend a man who did not want to leave his house and was crying in doing so. I had to talk to him to get him out because the fire was about to kill him.”  In this regard, he reported that the damage occurred in approximately 27 homes, if not they were more.  “Currently, the situation is relatively under control, so we are finally being able to rest,”  he is heard to say. Meanwhile, he's still waiting for things to be fixed to get his place as a  Volunteer Soldier  in Cordoba.  A title that already has more than won .