Home People Stories of people The one who does not risk does not win: the dream of the kid

We tell you the story of the two Cordobeses who played it to fulfill the dream of the kid. They sold everything and left for Europe. 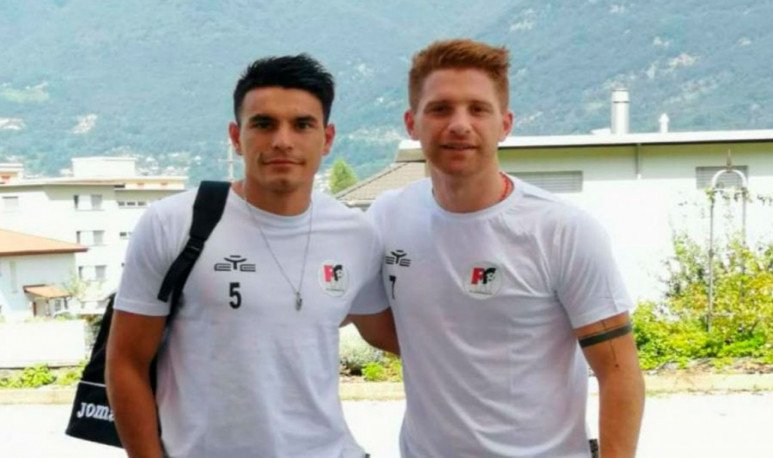 The Cordobeses took a chance and  sold everything  to go to fulfill the kid's dream. They left their jobs, their families and even sold their cars so they could  try their luck  in  Europe . The idea, in principle, looked like a joke. It's crazy. However, the madmen cheered up and there they walk, circling the Old World. They are 27 years old, they are Lucas Perlog and Santiago Carrara. They managed to play in a club in the European leagues. Today they are part of FC Cardenazzo in Switzerland, and  they do not stop scoring . Their intimate (and not so intimate) circle thought them unhinged. They didn't think they were going to cheer up. But Perlo and Santi  took the same stick  . They didn't care about anything! And yes, the one who does not risk doesn't win. And the boys were encouraged to make a drastic change in their lives.

Their  friends , their families, and coworkers didn't believe them. Till the day came, and the kids went, bag in hand. They abandoned their routine lives in the city of Córdoba. They left the Cordovan League, which no longer satisfied them and  aspiring to more . Today they are part of the  European League  and do not stop growing as football professionals.

Maybe they didn't go so in the air. The kids  have it very clear . With the representative company ATCC they activated a  girita of friendlies . This is how players from other leagues try to be signed by European clubs. They pay for the trip and prove   what's going on   with leagues from other parts of the world. Some stick it, and others, unfortunately not. However, Lucas and Santi were lucky. And not only luck, talent catches them and plenty to succeed. Today they aspire to continue to grow. They are a  Cordovan pride , not only for their talent, but for their  courage .

The Cordobese risked and won. Would you cheer up?