Home People Stories of people The nurse who heals with guitar

Gustavo Simón works at the Adventist Sanatorium del Plata, in the province of Entre Rios. We tell you the special attention he gives to his patients. 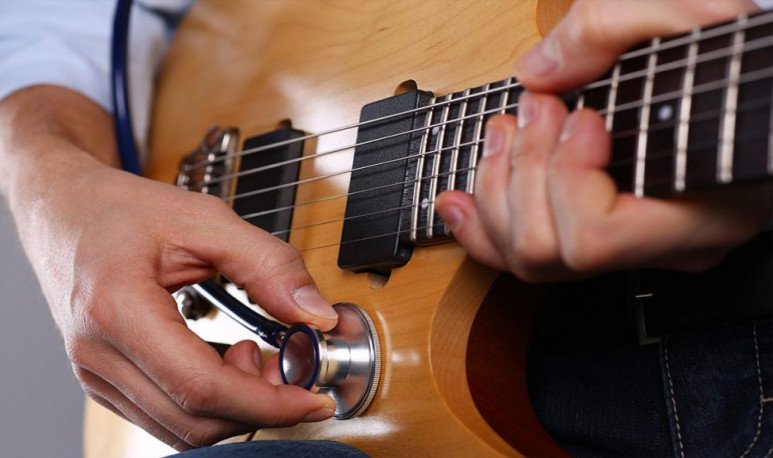 If there is something that is very scary is to go to the doctor, especially if you have to visit him in a hospital. Possibly, this is because no one likes to be sick, but a bit also the traditional hospital treatment. Which, actually, being honest, is not as hospitable as the word says. Gustavo Simon is an example that shows that all this can be different. Not only can we start to lose our fear, but we can even have a little fun. And why not sing?

In the Adventist Sanatorium del Plata in the town of Libertador San Martin, Entre Rios, the climate is relaxed. When asking about the corridors to what is due so calm and tranquility, professionals and patients respond with a name:   Gustavo Simón, a nurse who sings to patients with his guitar to promote their recovery and well-being.

Biography of a health guitarer

Gustavo worked for 17 years at the Adventist Sanatorium del Plata. He started as a stretcher and then became a nurse. He always liked singing and playing guitar.   At some point, he discovered that magical connection between music and medicine.   . He began to notice how patients' health improved with stimuli of their chords. And just there, he went to play in the Sanatorium. Day and night, children and older adults. Everyone responded well and asked him “another, another.”

A video uploaded to the net shows the entrerriano nurse singing “Zamba de mi Esperanza” to two interned grandparents. Seeing patients singing loudly is very exciting. One of them, Ricardo, is passionate about folklore. When he was discharged, he wanted to return the favor to the nurse. Together with his family he made a barbijo with the initials of Gustavo Simón and the color of his favorite team.   These examples of life invite us to rethink the relationship between patients and health professionals in another way   . Hospitals can be healthy places of calm, tranquility, affection and music, lots of music.