Violetta is 88 years old and an influencer: her cooking channel on YouTube is a furor and continues to add subscribers. 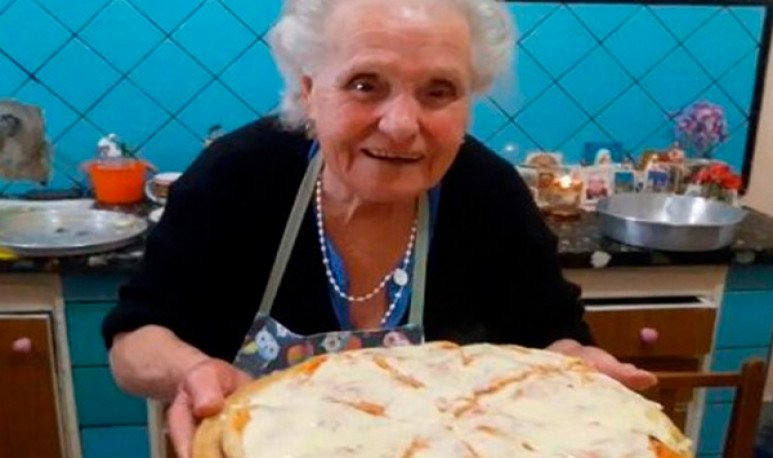 Whoever has the joy to enjoy their grandmother knows how lucky he is. You know, too, that grandmothers come with an extra bonus that makes us love them even more:  homemade food . The grandmothers who came off the boats, especially, brought with them flavors, aromas and recipes that replicated in these new lands, which over the years became their home.

Many of our grandmothers are Italian , from that beautiful country where much of our roots are entrenched. Today we're going to tell you the story of a grandmother who, perhaps, will remind you of yours. Because Violetta is a lot like mine, and all those grandmothers who spoiled us and filled us with the love of boys, and not so boys.

Violetta Fantini is 88 years old.  Of those, 66 lived in Argentina, but his accent remains intact, as if he had been off the ship yesterday and not in 1954, when he arrived in Buenos Aires from the village  Fossacesia  , province of Abruzzo, in Italy.  She was 22 years old and she came to meet her husband,  Juan Di Lallo. He had arrived two years earlier to get land in  Campana . It was there that they built the family house, in which Violetta lives to this day.

Violetta raised her family there, which among children and grandchildren today totals 14 people. Because of the quarantine, they have not been able to get together for a long time, but the nonna found a very special pastime to entertain herself during the eternal days:  she became an influencer.

Yes, Violetta is a grandmother 2.0 who  has her own cooking channel on YouTube:  La nonna Violetta .  There, he does what he knows best: he  performs his recipes and shares his secrets  generously. The secrets that came with her from Italy, which make her dishes tasty and unique. Pizzas and pastas are his main dishes, although sometimes he also makes sweet preparations typical of his country of origin. 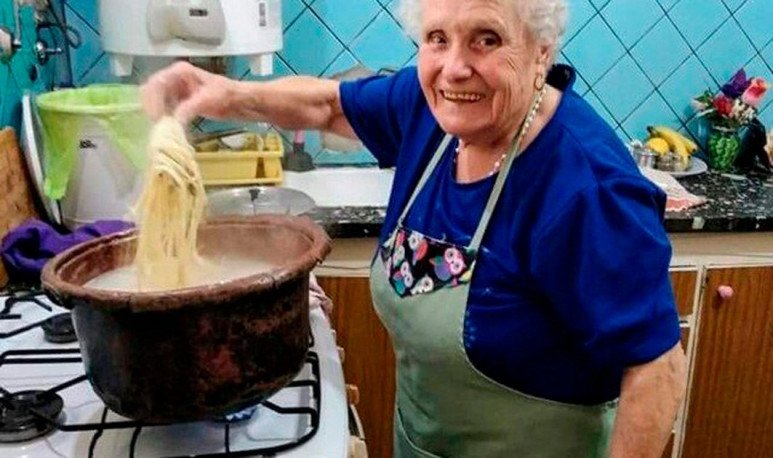 On his account,  he already has 1700 followers . But it all started as a way to share the day to day of the nonna among their loved ones. One of her daughters lives on the top floor of her house. So that the rest of the family — who cannot visit her because of the pandemic because of the pandemic — can follow Violetta's day-to-day life,  she decided to share a photo of her kneading ravioli . The photos came to the networks and to the Facebook group “Children and grandchildren of Italians”. There, users began to scream the recipe for the nonna.

That's when Sol, his granddaughter, had the great idea:  “What if I record the nonna cooking?”.  And that's what he did. He asked him to make the recipe, explaining the step by step. Violetta told her granddaughter, happy, how the cilli pieni (some sweet and stuffed masticas) were prepared. What I didn't know was that not only was she telling Sol, but thousands of people would see her later, and learn from her.

The nonna still doesn't understand much how they can see it from different parts of the world . She gets excited when your granddaughter reads users' messages  and shows her photos of those who replicate her recipes. He even received a message from his relatives who remained in Italy and others who emigrated to Canada.

The nonna Violetta kills us with love. From here, thankful, we keep looking at your recipes.