Home People Stories of people The mother of my friends' daughter

Looks like a riddle. But in reality, it is the situation in which Luciana Correa is, who lent her belly to her gay friends. 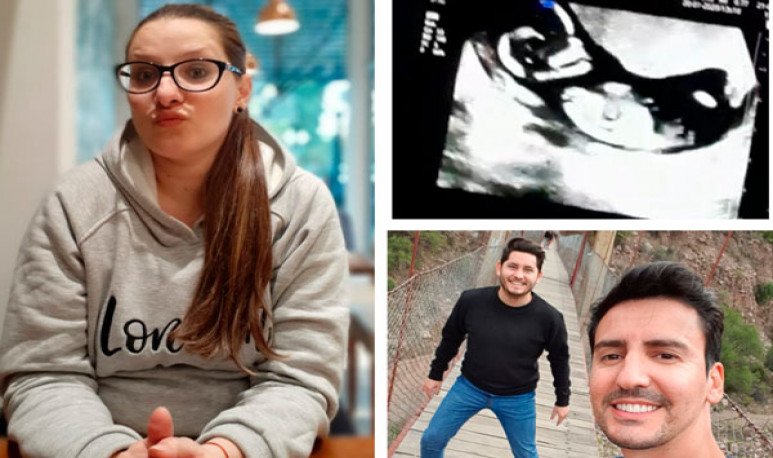 Victor and Ezio were married in 2017 . And beyond having achieved something that, many years ago, was unimaginable, they did not settle.  They sought to crown that love with a new life . Luciana is Mendoza, but her friends are from  Buenos Aires . She, these days, is already at her friends' house, waiting for cesarean section, which is already scheduled for October 14.

The arrival of the little Pilar is thanks to the belly surrogacy.  Luciana alone (and it is not a small thing) brings the belly. The sperm is from one of his friends, while the egg is anonymous donation.

Luciana is 34 years old,  married to Eduardo and is a mother of four children , two babes and two children ranging from 18 to 3. However, when she learned about her friends' pain and struggle to be parents, after talking to her husband, she encouraged herself and offered her belly to gestate the baby there.  On October 14, if little Pilar's hurry does not mediate, the caesarean section will be done at the Suizo Argentino Hospital in Buenos Aires.

On October 10,  Luciana will be 40 weeks of gestation, and from the 30th they will have to be attentive if the delivery is   advanced . She has four children, and they all went through normal childbirth. Lucia knew from a long time ago that they wanted to have a child. The couple were finding out in the United States and elsewhere, and they knew that the belly surrogacy was very expensive, close to 150,000 dollars, which made them forget about the idea a little. However, one day, Luciana was at her house and proposed to her husband to lend the womb to her friends. This answer positively and enthusiastically. Determined, they called their friends and made the proposal. They were excited and started to cry, although they decided to “take some time” to think about the answer. But that time was only 30 minutes, when the boys called back, overflowing with joy.

Luciana is proud of her decision, as she has a solidarity gesture, against the belly rental and the business that is in between. In addition,  Mendoza solidarity clarifies that her friends have not been able to live the time of pregnancy since they caught the pandemic almost completely.

On the other hand, Luciana is not afraid of the physical risks of a  pregnancy , because her body already knows him, having given birth to 4 children. But he does have a little fear of cesarean section, something he doesn't know.

Not because of pregnancy, but because of the trip to Buenos Aires, which, with quarantine in between, was much longer than usual.  He left on a Friday afternoon and arrived in the early morning of the following Sunday. The famous “bubbles” in   St. Louis  and protocols made a journey full of love, a real odyssey. Although his position is optimistic. Trust that everything was worth it, the guys were very happy to see the tummy, as they could not witness the ultrasound. But Luciana sent them to her on WhatsApp.