Her name is Veronica Bergottini, she is a geneticist and missionary. We tell you how the world of yerba mate fashion is changing. 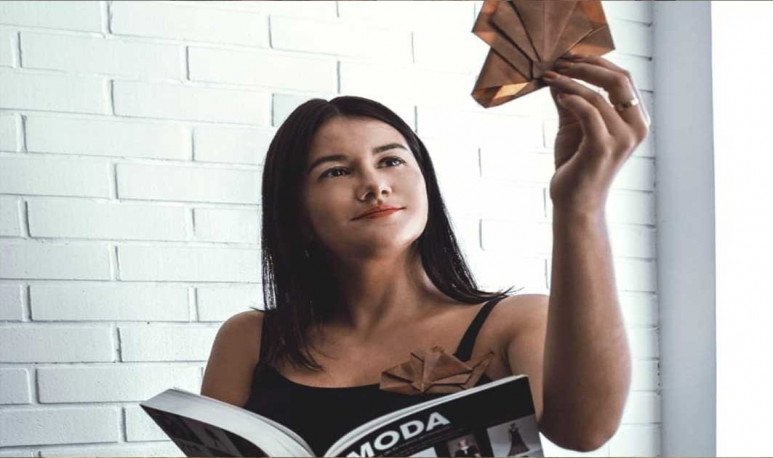 We are used to seeing how the fashion world is permanently revolutionized. What yesterday was fashionable, today is no more. This applies to both objects and people. Clothes are a good example of this. Hardly a garment will be worn for a long time. There is always a new one that is more “fresh”, “cooler” or “more modern”. However, until now, no one had occurred to make a sustainable yerba mate based fabric. In this,  the missionary Veronica Bergottini has stuck the latest cry of  fashion in clothing .

The birth of an idea

Verónica Bergottini  was born in the town of Eldorado, province of Misiones, surrounded by  yerba mate crops . As a girl she participated in science fairs, always interested in the conservation of the ecosystem and the care of the planet. When received as a geneticist, he investigated for years the biotechnological potential of yerba mate microorganisms. Thanks to this exploration he obtained a doctorate from the University of Neuchâtel, Switzerland.

But it was a design course that allowed him to unite his knowledge of biotechnology with clothing design. The 35-year-old  scientist  discovered that biotechnology was revolutionizing the world of fashion.  Thus he began experimenting with yerba mate biomaterial and exploring its possible applications in sustainable design . “This is how Karu Biodesign emerges as a result of my professional journey between scientific research and my most artistic facet,” says Bergottini.

“ The idea is that the objects of the future should be grown rather than manufactured , “adds Veronica. With this present idea, the missionary baptized her creation Tilex. Ilex paraguariensis fabric, the scientific name of the  yerba mate plant.

Sustainable clothing for the lady and the gentleman

Tilex is similar to leather, but generated with yerba mate microorganisms . With this textile you can make garments and accessories that then return to earth without turning into garbage. This is because they degrade at the same rate as the rest of the organic waste. Currently, they have a lifecycle that can vary between nine months and one year. “The concept of circular economy emerges as a response to the linear economy of use and throw. An increasingly unsustainable production and consumption system,” explains  Bergottini .

Its first commercial capsule targets accessories and leather goods . However, it has planned future releases of garments such as skirts and tops. “Biomaterials will certainly be the norm in the design of the future,” he says.

Its creation received recognition from the Parson's Design School in New York and Vogue Italia magazine. On the other hand, the Karu Biodesign brand was selected as Ambassador for Sustainable Enterprises of the  Ministry of Environment of the Nation.

The missionary goes wherever and whatever

Memories of a geisha in Mendoza

Mendocino basketball grows by its leaders