This is a real story. A guy like you or me, who lived a miracle in the Falklands. An exciting story. A life lesson. 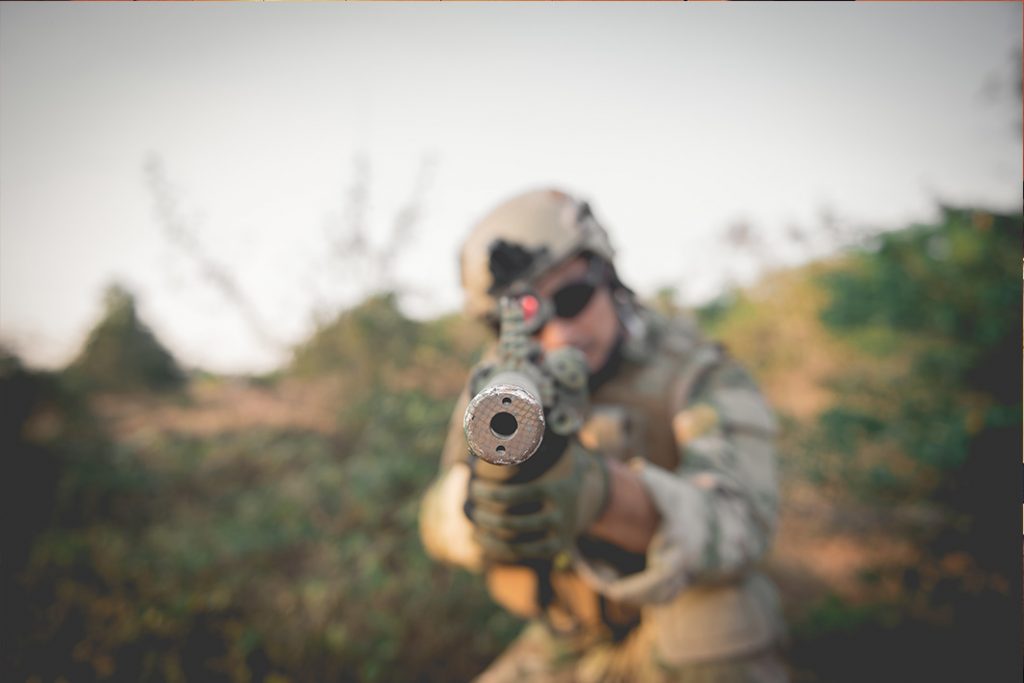 My thing in Falklands was a miracle. My platoon was stationed on the hillside of a hill named after imported tea. I heard Corporal First shouting in a prophetic tone: “Whatever happens, stay inside the foxhole. If they want to pee, they pee on them. If you feel like taking a crap, the same thing. If they're hungry, they're screwed. Do you understand? We're waiting for the final attack and we're going to fight like soldiers and not queers!

The first shot took out the sleep, the hunger, the cold. And it scared me back. The tracer bullets seemed to be looking for me with their light and their murmur of death. I saw a partner swirling in his well, screaming, getting up and running away. Within a few steps, he was struck by a flash that lit his back.

Get out of here!

It's about to dawn and the fight is getting worse. The screams in English are getting closer and closer. An inedited light points the horizon before me and I feel incredibly peaceful. I'm preparing the gun. I raise my head and the sun that blinds me doesn't allow me to aim. The English soldier, perhaps as young as I am, directs his rifle towards me. He takes his sight out of his sight and sees my eyes deformed with fear. Twice he puts his finger on the trigger and twice pulls it out again. “Go! Go!” I didn't understand his language, but I knew what it meant. I stopped, threw my Fal rifle into the well and ran waiting for the impact that didn't come. A miracle, I thought.

You run, you run to the Falklands, and you run to the mainland. And you run to study philosophy. Running you fall in love with a girl much younger than you. You get married running, because while you run, you see an Argentina that gets barefoot. And when you run, you forget about the miracle. They're both running away because this country doesn't change anymore. Marveled how you are stepping on the promised land, you get a chair at the University of Turin, and she an internship at a clinic in Bergamo.

2020 comes and she thinks it might be a good year to have a child. But the earth seems to explode before you can choose its name. For a moment the epicenter seems to be China. But it ends up being there, right there, under your feet. In Italy. And in the midst of such a well-televised tragedy, you remember the miracle and realize that its time has come.

And everyone gets a second chance.

160 infected, 543 infected, 7684 infected and the dead defying reason. There are also those who heal. They are the miracle. They're the ones who saw the tracer bullets pass by and now think they're invincible. You talk to them, you look at their eyes. Go, go, go! You understand. They all have a path to go. It's the chain of second chances. It's dawn. For the first time in all these years you stop running. Your task is done . You can go back to Malvinas and cover the fox pits. To cover them with soil and throw some seeds.