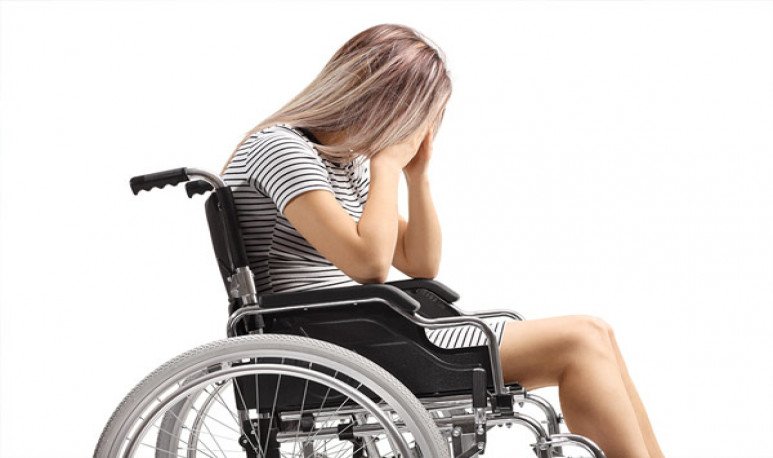 On June 2  , 2018  , the life of  Jaqueline Rodríguez  took a 180 degree turn: she was hit in the town    rionegrina   of  Catriel   , and from that moment on  is prevented from walking. The fact occurred when the wife and her husband were riding a motorcycle and were hit by a van.  The consequence of the accident was a fracture in the ankle and also broke the tibia and fibula. Since that moment, that is, more than two and a half years, you are waiting to be operated on and back to walk.

From the day she was hit, the 39-year-old woman began an eternal journey in hospitals and professionals that seems to have no end. On June 2, 2018, he was performed the first surgery, in Catriel, in which he was put a splint on his heel with the aim of immobilizing his leg while waiting for a prosthesis, which arrived two months later, on  August 2 .

With the prosthesis ready, she was operated on and continued her kinesiological treatment but the pain did not cease, and after seven months it was already impossible for her to support the foot. After carrying out a study, the doctors could find that the splint they had placed on him was touching his ankle and that was what generated the pain that prevented him from stepping on.

Given this situation, a new prosthesis was managed - the previous one was removed and screws-placed - and referred to the hospital in  Cipolletti . This came on  February 19, 2019  and pointed out in the almanac on  May  23 of that same year to put an end to calvary. However, the nightmare of Catriel's wife continued.

When they opened it for surgery, they saw that their leg was infected and, therefore, they could not insert the new prosthesis until the infection is not cured and they put an external guardian to not worsen the situation and was prescribed a treatment with pills to cure the infection.

In  December  2019, they excited her again and told her that she was ready for surgery but again she was slapped: again, at the time of the operation they warned that the infection had not been cured and that under those conditions it was impossible to put the prosthesis, so she came back. oacute; a foja zero: a guardian was placed and plastered.

Finally, Jaqueline's new treatment ended in May, but things happened.  The  coronavirus  pandemic played its role  and the health system now lives a complex situation, and issues that are not linked to  Covid , they went to the background.

Meanwhile, Catriel's wife has been moving in a wheelchair for two years and eventually on crutches, although for a while now she began to feel pains that could be related to the use of crutches. Tired of everything, she filed an appeal for amparo and cries for being operated because she needs to “have a normal life again.”

As if that were not enough, the driver's insurance who ran over her and her husband hasn't responded and, as a strawberry for dessert, the boy who was driving the van never worried about Jaqueline's state of health.

Bureaucracy on one side and indifference on the other , a combination that also hurts Catriel's wife, who was riding a motorcycle with her husband and has been waiting for more than two and a half years waiting to be able to walk again and end once and for all with this nightmare that began on June 2, 2018.