This is the story of a man who became the guardian of a secret chamber and the only inhabitant of a village. This is Abel Montesinos, the caretaker of the oldest chapel in San Juan. 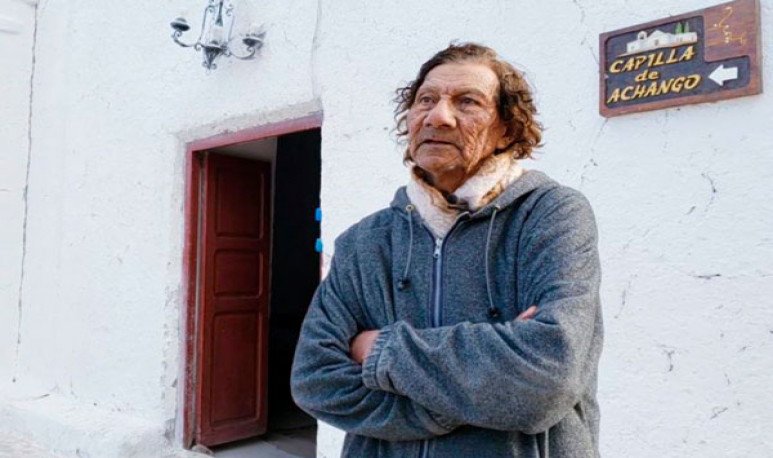 This story catches our attention  because it  hides mysteries and vocation,  but above all, because it  hides hope.  This is the life of Don Abel Montesinos. This man of almost 80 years is the only inhabitant of Achango,  a mountain range town located in the department of Iglesia, San Juan. To get to this place you have to travel a dirt road of just over 8 kilometers. There, entering the Cuyano hills, lives in his solitude Abel. Throughout the province he is known as  'the guardian of Achango'.

For 25 years, Abel has lived alone in Achango.  His solitude  became present and latent when the other town who accompanied him died. This man's routine is always the same, although  every day he has his magic.   His only company is radio and its animals. He is considered an avid reader. The words of the Bible or the sacred texts are his favorite readings. Everyday she sits next to the chapel  and reads the word of God.  He is the official caretaker of the oldest parish in the province and  the guardian of the “secret chamber”.

He is responsible for keeping the whole village watered and cleaning the chapel every day. In addition, it is waiting for any visitor. In addition to keeping the little green in Achango,  the main task of this  man is  to orally convey the importance of the chapel.   No one pays him for that task, but Abel does it out of  commitment to his history,  because he is united by blood with the parish. 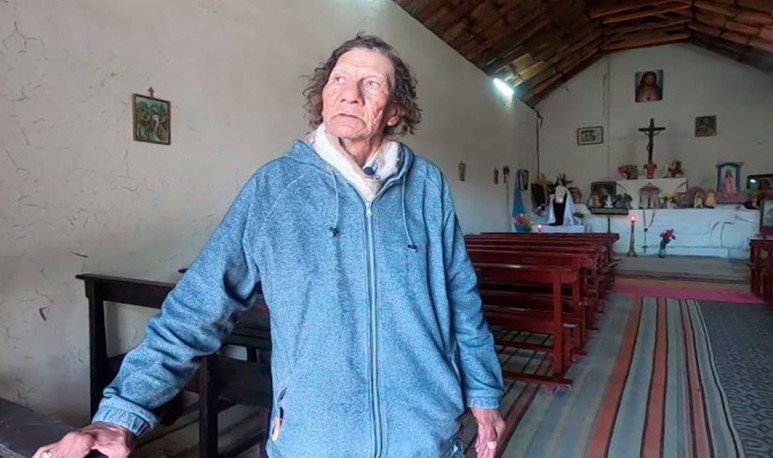 Abel's great-grandfather was the one who fulfilled  a religious promise,  which would mark the fate of his successors.  From his native Chile, Don Victor, brought on foot the image of Virgen del Carmen, custody of the church.   That image would be consolidated  as one of the key attractions of the chapel, as it is original from Peru, has natural hair and a silver crown.  In the chapel, today rest the remains of Abel's two great-grandparents.

The beauties of Iglesia

The chapel was  built by the Jesuits in 1655 and rebuilt in 1787.  The small parish is humble and keeps a special mystique. Not for nothing it became one of the oldest in  the province of Semita, wine and sun. In addition, the place has many particularities:  the oldest chapel in the province, a single town, the image of the virgin Del Carmen, a secret chamber and keys in its extensive groves.

Thousands of tourists from  different parts of the world   come to know the place.   People from France, England and the United States have come to the chapel to meet this jewellery.       “ Although I don't understand anything they're talking about, I try to show them the place,”  this guardian once  told   the media.

In the groves, parishioners and visitors  often hang their keys, by tradition.   They always leave a message, be it  a wish, a prayer or a thank you.   Finally, there is the cemetery. Abel also knows stories  about those who decided to rest  forever in this place. There are even his two children, who died in accidents . His past, present and future are in that place.   He once declared: “I would never leave Achango, I know that I am going to die in these lands and that gives me great satisfaction because I know that I will  comply with a family tradition that began 300 years ago.” 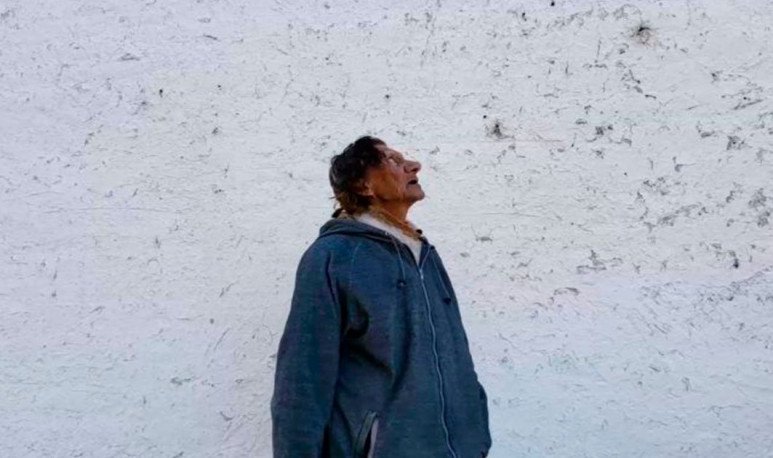 In addition to hosting one of the oldest churches in the province, the village  has a secret chamber that was never opened.  The mystery echoes throughout the province and, until now,  no one could find out what is inside the structure. With regard to this mystery, Abel was able to reflect: " I don't know what to think. I don't know what there will be. I think that since the Jesuits were very wise they kept books in there, but I don't know if they are preserved.”  In addition, he said that they once went to  the place from the National University of San Juan   and made a small gap  on the ceiling, but  the light never entered the room.   “ I don't want to die without knowing what is inside,” he once knew how to declare this man of burning heart and courage as a philosophy of life. From Ser Argentino we recognize and claim the story of this  guardian of mysteries.