Home People Stories of people The last farewell to Doña Borja, the mother of the ponchos

Doña Borja was a beloved and renowned spinner. He died leaving a cultural legacy and an imprint in the heart of all the inhabitants of Catamarca. 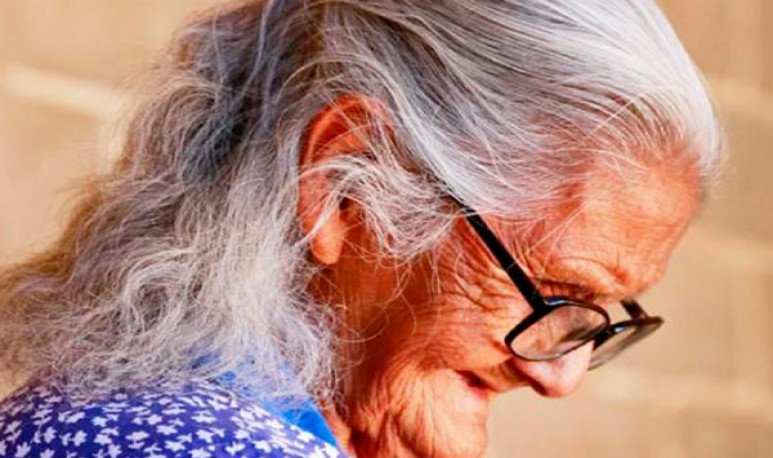 On October 9,  Catamarca  said goodbye  to one of its most beloved inhabitants.  Francisca Borja Domínguez passed away and left an indelible sadness in the memory of the people of Belén. His  hands were responsible for making the most beautiful ponchos in the province.  We tell you the admirable story behind this beloved craftsman.

If Catamarca is the  National Capital of Poncho , Doña Borja was his undisputed flag bearer.  In its 94 years of life it achieved great successes , even becoming known internationally for its fabrics. He was born in the city of Bethlehem in 1926, where he learned from his mother the trade of the loom, an undisputed gift that Borja transformed into his support and lifestyle.

At 21 he married Ramón Antonio Contreras and had 12 children, who in turn gave him 52 grandchildren and 5 great-grandchildren. With this big family, there is no doubt that their textile legacy will continue.A clear example is her daughter Beatriz, who inherited her mother's talent. The house where they lived is located on Route 40 and is considered a mandatory stop for those who want to travel  the Loom Route , a route that brings together the artisans of the department.

Doña Borja's specialty was vicuña, but she also woven in sheep fiber.With his dexterity he turned fabrics into real works of art. She was part of the Vicuñas Weavers Association of Bethlehem since 2004, which allowed her to have her garments exhibited at different national and international fairs.

A woman loved and recognized by her people

Throughout her life she was worthy of numerous recognitions. In 2014 he received the  Grand Prize of the National and International Poncho Festival  thanks to an excellent vicuña poncho that he knitted with his hands and today forms part of the festival's heritage.

Four years later,  the National Arts Fund  awarded him the career award in 2018. To receive him, she had  to travel at 92 years  to Buenos Aires to be rewarded for her work, which she performed quietly throughout her life.

When he turned 94, and because of that fate, his birthday had a special celebration. The commune of Bethlehem was dedicated to paying tribute to a new birth of  Doña Borja.  To do so they chose to bring him breakfast, chocolates and everything that could claim the spirit of a  tender old woman . That day her family took her to walk through the streets of Bethlehem. There and throughout Catamarca,  Doña Borja was the living legacy of the most ancestral roots of the province.

On the day of his death, the authorities of the Ministry of Tourism and Culture of the Province expressed their condolences and condolences to his family. All Catamarca suffered to see her leave. His life, although humble and low profile,  was a pride for the Catamarqueans  who will remember their magical hands that made the strings dance and today they rest in some unknown place. Its ponchos remain , its art remains and the immense love of a people that recognizes in it the purest of traditions.